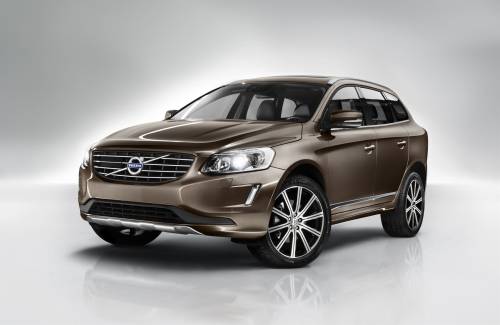 Sometimes it’s great to be a motoring journalist. Hang on, actually it’s pretty awesome being a car journo. Our own cars tend to be non-existent, broken or extremely impractical so when some unexpected visitors propose a scenic tour around the Cape Peninsula, one simply phones around a bit.

Shortly afterwards, five adults and three cameras were packed into the revitalised Volvo XC90, presented to you here with a 2.5T engine and AWD (all wheel drive). Initial impressions were favourable, especially the generously padded seats and great all-round visibility.

Halfway down Baden Powell Drive, all my passengers had morphed into motoring journos and were prodding, pressing, pulling and patting everything. The first critique went to the rear seats whose outer seat belts are hard to reach while the middle seat isn’t ideal for adults.

Time for a photo stop. On Muizenberg beach we erected the two seats hidden in the XC90’s boot, dropped the offending middle one and squeezed an occupant in the far back, draped sideways across seats six and seven. This proved to be satisfactory for all concerned but entering and exiting the peanut gallery wasn’t ideal.

Four adults all took turns at manipulating the 40/20/40 split rear seats to grant third row access but it always took more than one hand, more than two movements and more than acceptable language. While rants were being flung around, the door sill width and ride quality at the back were declared to be rather inadequate.

By now we had parked in Simonstown and discovered the 12.5m turning radius and that the USB adapter didn’t like ipods. Also, boot space was still acceptable (great with most or all seats folded flat) and you should leave the retractable boot cover at home if you plan on using the two kiddie seats.

While everyone agreed on the great value these packs represent, I decided to abuse an open stretch of road and buried my right foot into the carpet. The smooth five-speed automatic kicked down and the T5 motor started strutting its 154kW / 320Nm with the obligatory off-beat five-cylinder thump.

Despite a recent update, this is where it dawned on me that the XC90 is getting a little long in the tooth. The engine is brawny but thirsty and dirty, the interior is comfy but dated and there are little omissions like courtesy / home lights, shift paddles, door lights and a smart key or keyless access.

The four Jeremy Clarksons around me immediately agreed but none of us had the heart to put more hate on the big Volvo. Despite its stubborn seats and old-school tech, the XC90 proved to be extremely amicable and lovable, which the amount of XC90’s on our roads will also attest to.

Last but certainly not least, the T5 AWD costs just N$495,100, has affordable extras and is 85% recyclable. Its outdated approach to motoring means that it’s devoid of confusing, irritating super-gizmos and will prove to be a safe haven for anyone who wants a simple, sedate and soothing SUV.