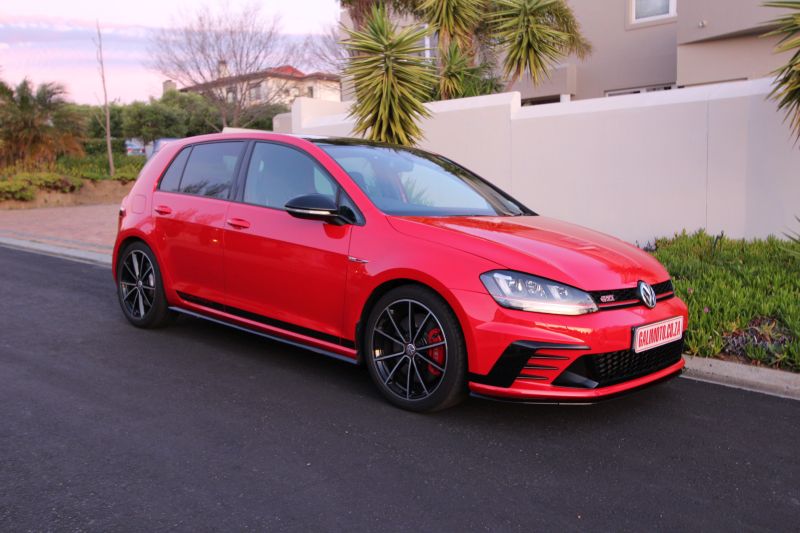 The Volkswagen Golf GTI has long been the yardstick for all performance hatchbacks to be measured by. One can certainly see this in our daily traffic, where the fast Wolfsburger ruthlessly outnumbers its rapid counterparts. For those wishing to stick out a little more, there’s now the limited-edition GTI Clubsport.

Of course you could always stretch to a Golf R – the 206kW four-wheel-drive hard-core version, but even those are starting to become a semi-regular sight on these streets. It’s not far removed from the Clubsport, price- and power-wise, but its extra weight (4Motion system) and non-limited numbers count against it.

At the jolly exciting launch of the Clubsport, I figured out that this car feels like an extremely well-spec’d GTI with lots of go-faster bits, limited-slip differential and a generous whack of chip tuning. There are plenty of tuned examples on our roads too, but this one comes with an intact manufacturer warranty.

Then there’s the whole GTI heritage business – overseas this is named Edition 40 but our local time-line starts at a different point so this isn’t labeled as a naughty forty model here. Happily, VW of South Africa not only decided to bring 47 of these cars anyway, that number also represents over 10% of global stock!

To quickly run you through the differences this car has when compared to Tom’s GTI, Dick’s Performance Pack or Harry’s Golf R, a Clubsport features meaner bumpers, aerodynamic tweaks, Bi-Xenon headlights, LED daytime lights, side skirts and black side decals a-la the 1976 original GTI.

It also has two big chrome tail pipes and a two-piece rear roof spoiler which, at first, looked a bit zeff to me. The more time I spent with this red Clubsport press demonstrator, the more it grew on me. It actually finishes the car off quite nicely; as do the 18-inch “Belvedere” wheels. 19-inch “Brescia” alloys are optional.

Should you be carting around unobservant passengers, you could always point out the unique part-velour Racing bucket seats with honeycomb pattern and GTI badges. They might be an expensive option (N$18,000) but look and feel amazing. There’s also a velour sport steering wheel with red 12 o’clock mark.

Non-petrol-heads passed negative comments about the Clubsport’s front “whiskers” (side deflectors) but cheered up when shown the honeycomb grills and red line through its headlights. Similarly clever touches can be found inside; red trim on the DSG lever, red instrument rings and plenty of red stitching to contrast the black sobriety.

…a full boot of throttle will call up 10 seconds of overboost to 213kW.

Now for the important bit. Clubsport is powered by a derivative of the Golf R’s EA888 turbo-petrol four-cylinder engine (also evident from the R badge on its engine cover) which puts out 195kW – most of the time. In the right circumstances, a full boot of throttle will call up 10 seconds of overboost to 213kW.

Top speed is quoted as 249km/h and 100km/h should come up in about 5.9 seconds. Thanks to the DSG (dual-clutch auto) with built-in launch control, our best time was 5.69! 400m was absorbed in an impressive 13.79 seconds and our average fuel consumption was… ag, who cares. If you care, you’re buying the wrong car.

You buy this car for its exciting performance and excellent torque at almost any speed, the lightning-fast DSG gearbox with shift paddles, that firm but communicative ride, as well as its sharp handling and snappy brakes. If you enjoy empty mountain passes and tight corners on tracks, this is one of the best.

I wouldn’t be surprised if this GTI, like the Edition 35 before it, becomes a rapidly appreciating collector’s car… which is why you should buy one immediately. For the record, launch prices in mid-2016 started at N$540,000. What makes the decision even easier is that all of this is wrapped in the Golf parcel of versatility and quality.