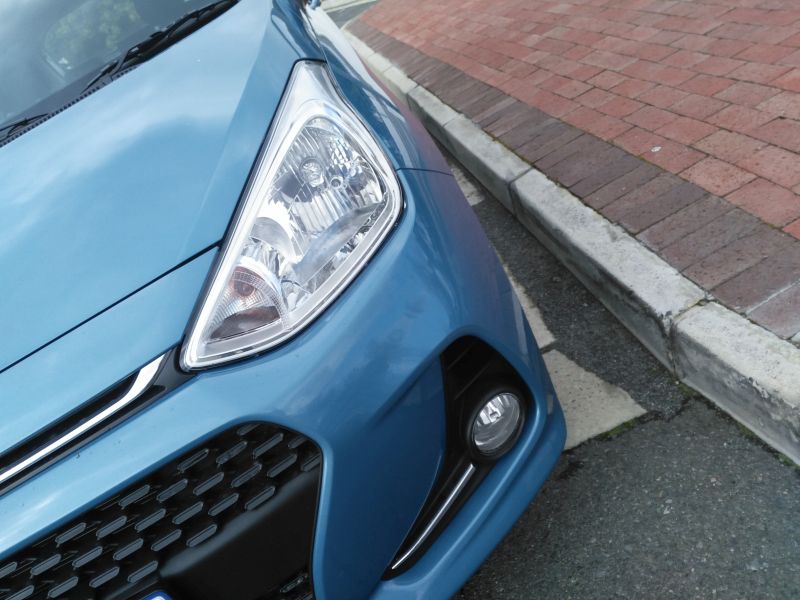 Roughly three years ago I reviewed the then-new Hyundai Grand i10 and, besides a few upset Getz owners, had nothing but praise to bestow upon the accomplished Korean. Now though, after a mild facelift, things didn’t seem as rosy as when I first got acquainted to the compact hatchback.

Was I in a better mood back then; for an entire week of motoring? Or have I spent three years driving better cars? Let me make it abundantly clear from the start – the Hyundai Grand i10 has not been or suddenly become terrible. I merely felt that, this time around, the little blue hatch wasn’t as amazing as the red one I tested before. 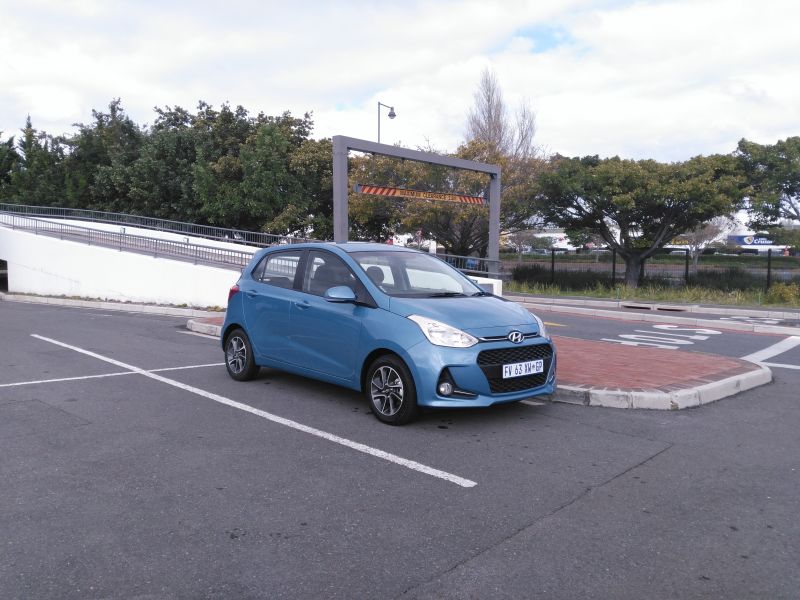 Different spec? Not really, they both were range-topping Fluid derivative with the same 1.25-litre four cylinder petrol engine, five-speed manual gearbox and front wheel drive. All other vitals are close to or identical: 120Nm of torque, 5.9L/100km average fuel use, 167mm ground clearance and a 43L fuel tank. 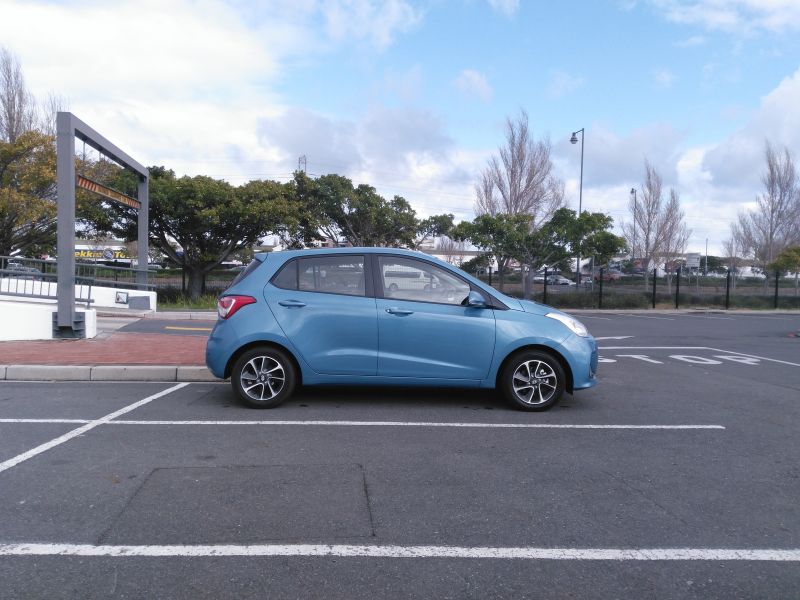 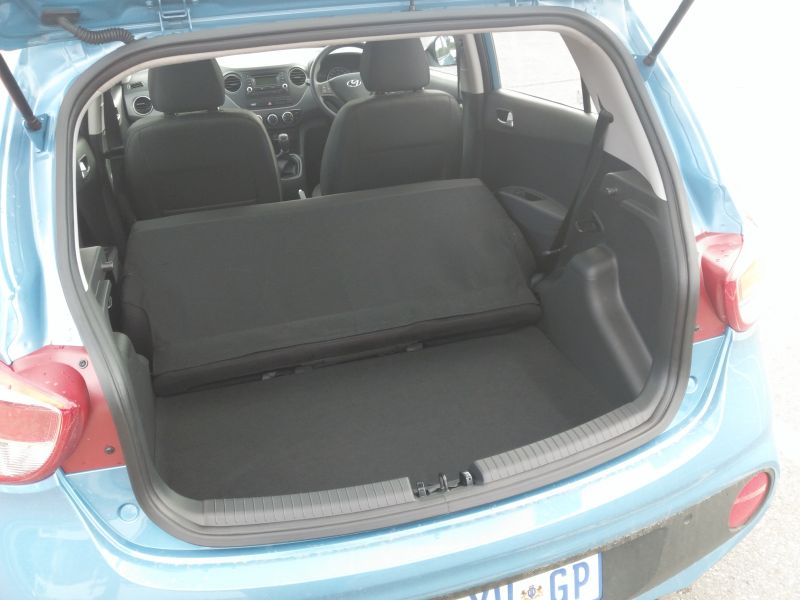 Typing of which, that’s something wonderful which remains unchanged – the very eager 1,248cc motor. As it doesn’t have a lot of weight to contend with, this comparably tiny engine responds to any throttle input with gusto. Case in point – the stupid gear change suggestions which I hated at first… 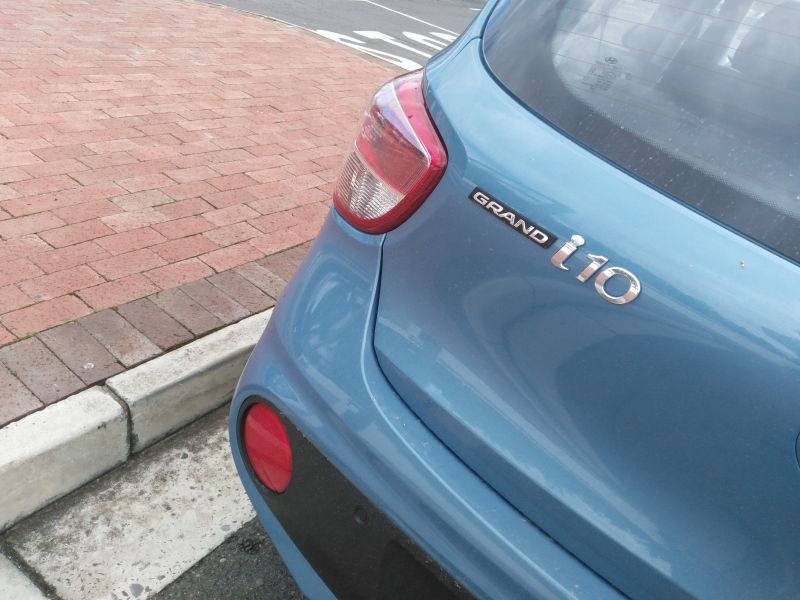 That is, until I figured out that they were actually right, based on the engine’s lively nature and impressive flexibility. For instance, it advised that I change to third at 40km/h on a slight uphill and I happily obliged, even if just to prove it wrong. It wasn’t. The Grand i10 1.25L is a perky little performer. 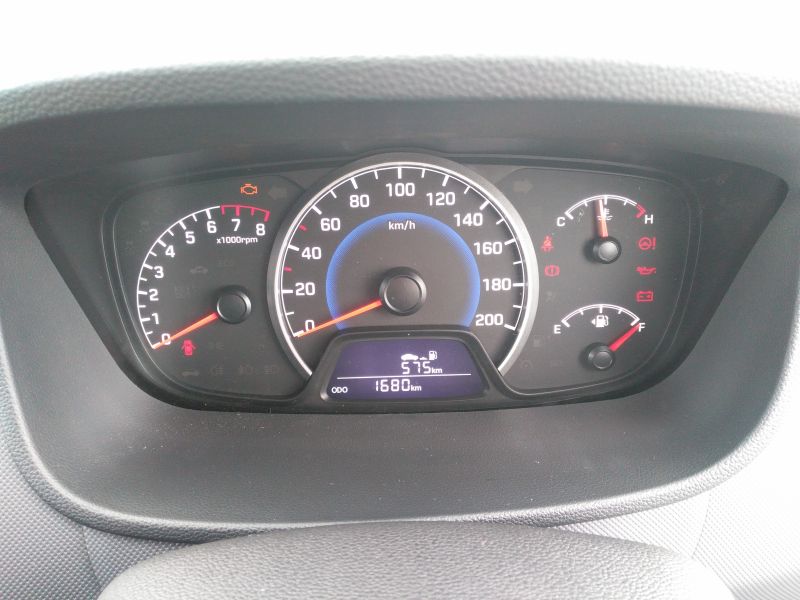 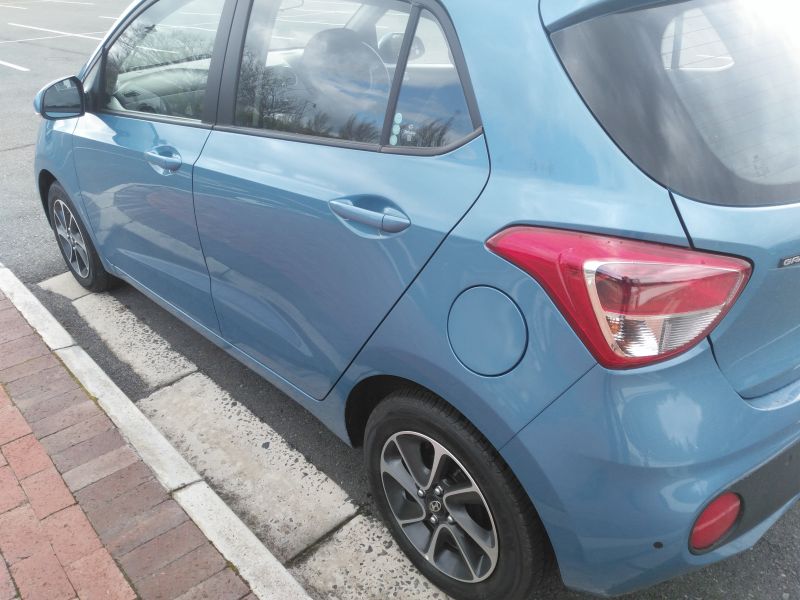 I’m sure a new owner will adapt to it (up to a point) but I would long for another car when faced with daily commuter jams. Other criticism fell on the slightly drab cabin materials and the hatchback’s single-piece rear folding bench; which doesn’t fold completely flat. Oh yes, and the fact that you can’t fit a tow bar to this car. 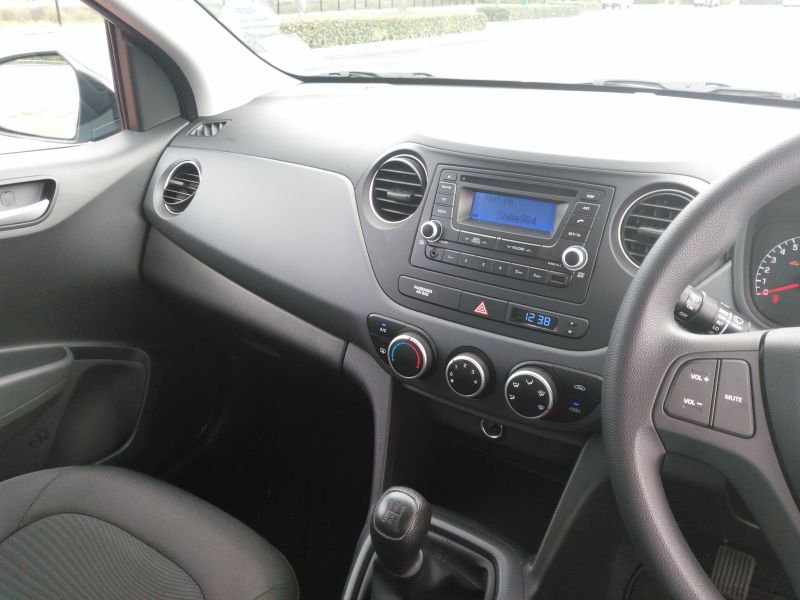 On the plus-side you will find super simple ventilation controls, full instruments with a wee trip computer, a full-size alloy spare wheel and a sound system with multiple inputs including CD, USB, Aux and Bluetooth. My six foot frame found plenty of room in the front seats and sufficient space at the back for a short(ish) journey. 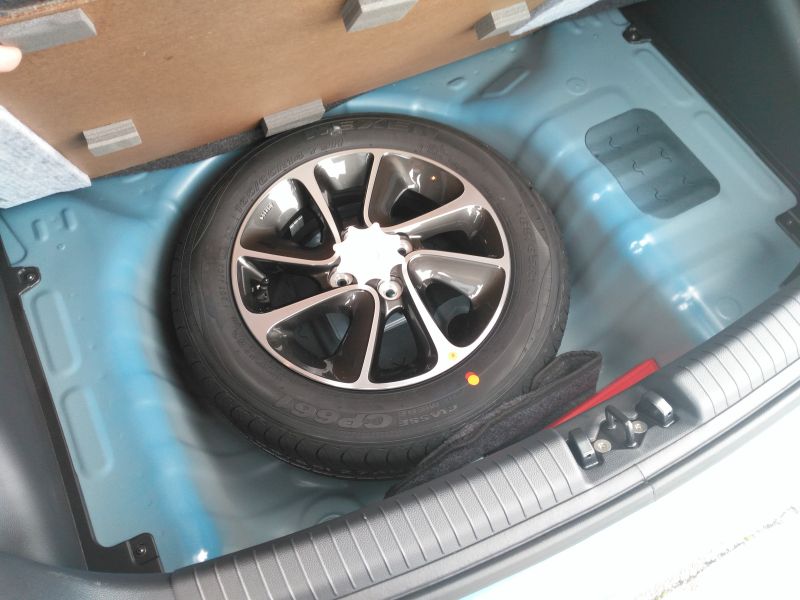 Underlining Hyundai’s recent attack on design and value, the Grand i10’s looks have been freshened up with new bumpers and alloy wheel designs (on this model). Spec-wise, you still get remote central locking, four power windows and two exterior power mirrors, as well as rear park peep-peeps. 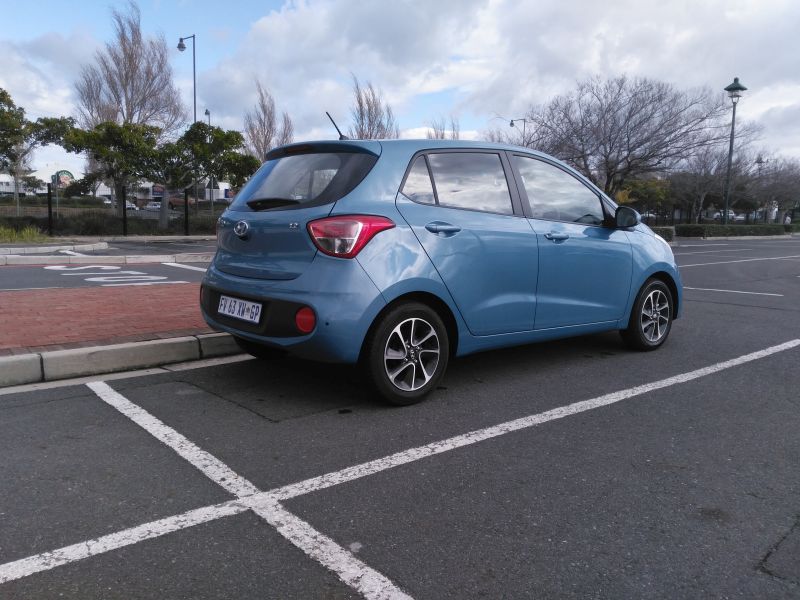 Although its price is now beyond 200k, I found the Grand i10 to offer decent value and a fun drive. It rides softly around town and has decent highway etiquette, as long as you don’t pile too much weight into it. The Grand takes corners with a bit of body roll and decent grip, but keep in mind that there’s no ESP fitted here. 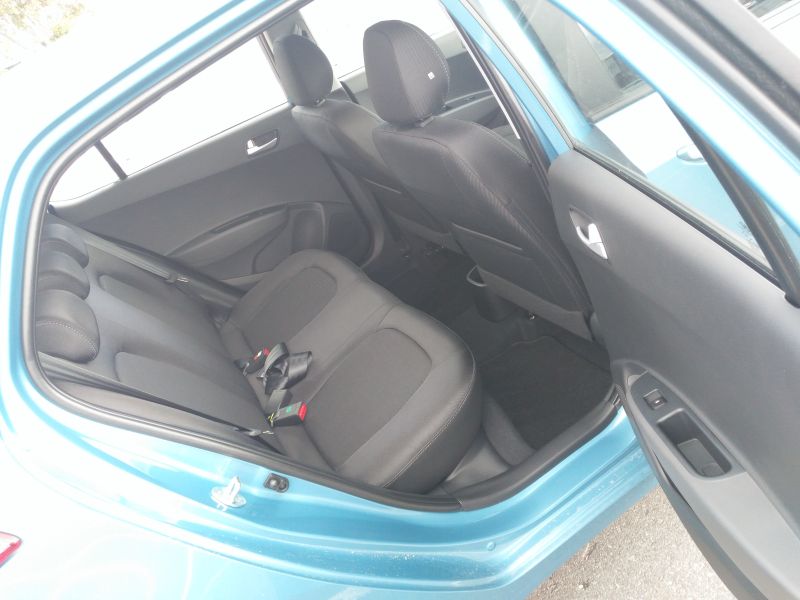 In an urban environment and at city speeds this shouldn’t be a problem; because the little car is quite agile and has ABS brakes. Thanks to the absence of turbos and twin-clutch transmissions, this Hyundai should be fairly cheap to run. The manufacturer throws in a huge warranty but no service plan. 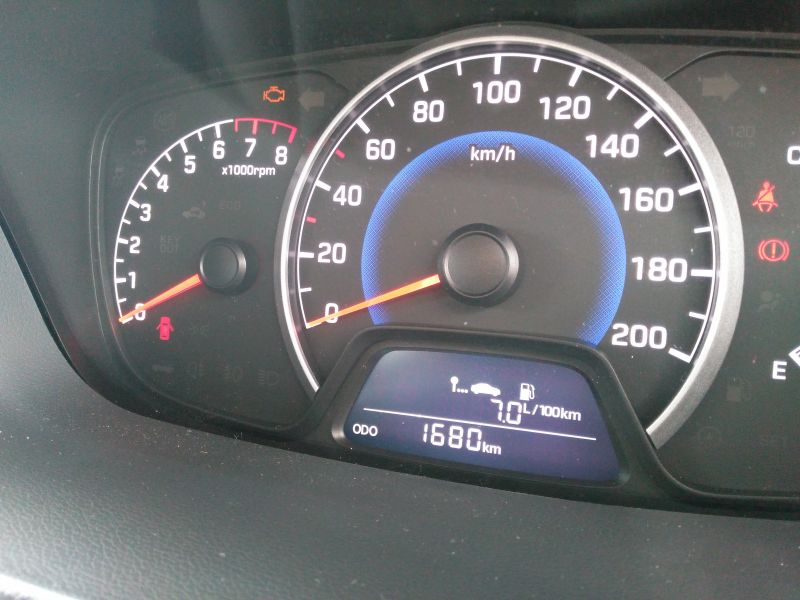 Hyundai’s Grand i10 still gets my nod as an affordable hatchback option, although some of its newer competitors are pulling ahead. And for those who also dislike the crazy clutch, there’s also an automatic version on sale…