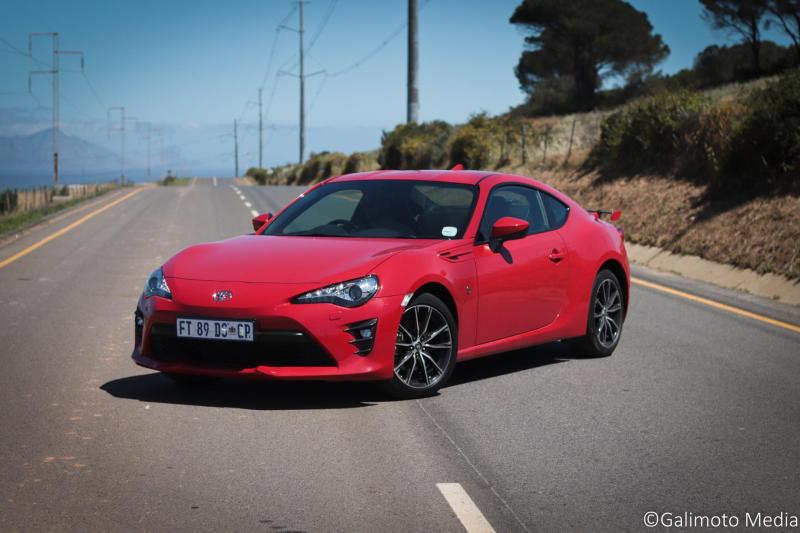 What does this button do?

A few years ago I tested a Toyota 86 and was horribly disappointed. Not by its looks, or the lack of practicality, but simply by its over-inflated hype.

“The easiest car to get sideways” and “a drift machine” were phrases I heard, read and saw many times. I think someone even got their Labrador to drift a GT86 (as the Toyota 86 is called overseas). Well, I tried and tried but that alleged drift tool did no such thing – compounded by a stupid automatic gearbox on the test car I drove.

Perhaps I should quantify things for you at this point – I was grounded at 18 for drifting my Mom’s Mercedes through a Windhoek intersection and, unbeknownst to me at the time, past her chomma from book club. I love the smell of burning rubber. I think FWD is inferior. I know how to drift a car. 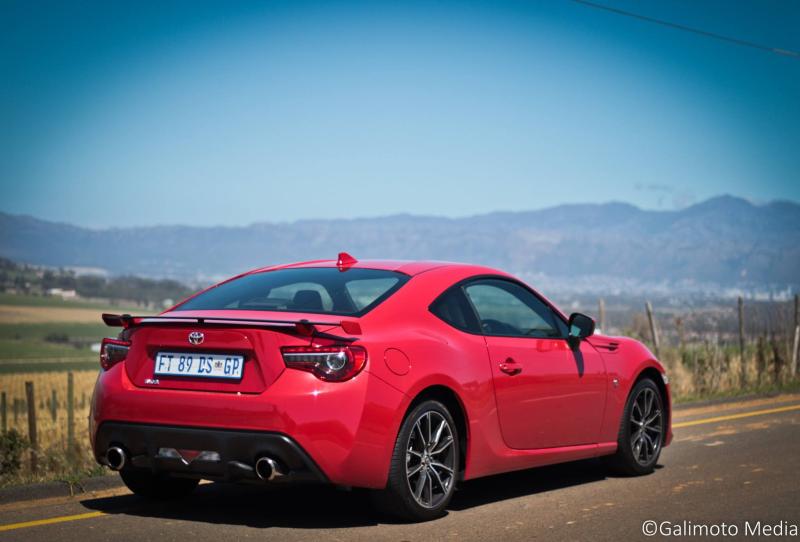 The problem with the Toyota 86 is that it lacks what you need most for drifting – torque. Yes, that also goes for Manual versions like this stunning red example I tested recently. The Subaru-derived flat 4 petrol engine has 147kW at, like, 12000rpm and what feels like 2Nm of twisting power at 12001rpm.

Floor it from standstill and nothing happens. Yank it into a 90-degree corner and boot it to get – nothing. OK, maybe a tiny bit of tyre squeal. If you did any of these with an AMG, Lumina or 3L BMW, you would instantly go sideways in a cloud of glorious rubber fumes. I know this to be true because I have done all three. 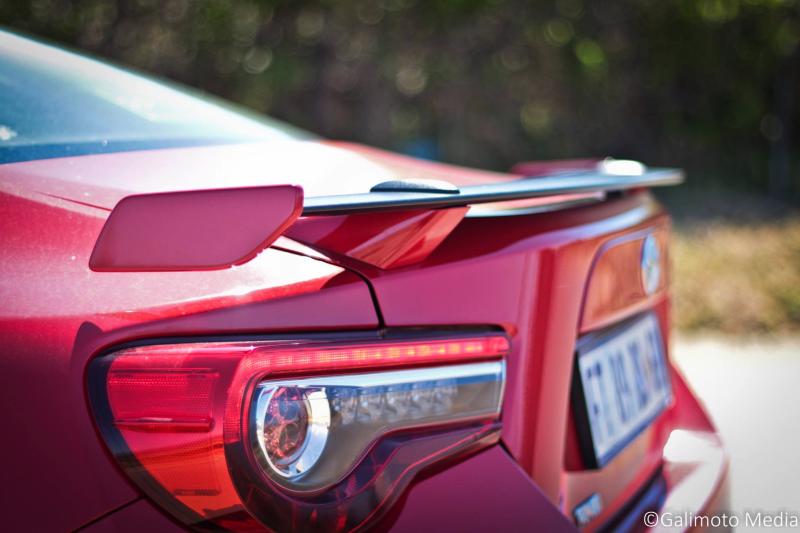 The Toyota 86? Ja-nee, it turns out that I was way too gentle with it. What you need to do in order to get its arse to hang out is yank it into a 90-degree turn and nail it. Rev-limiter dump-clutch the b@stard. Hammer it. Rape the poor thing, and be as gentle as a Walvis Bay bouncer. Then it’ll start drifting… for a while.

In the auto version, the gearbox will instantly spoil your fun because it changes up before you hit the limiter and that’s where you want to be if you require prolonged slides – the rev limiter. However, a little birdy tells me that the Boxer engine won’t put up with such sustained abuse for very long. 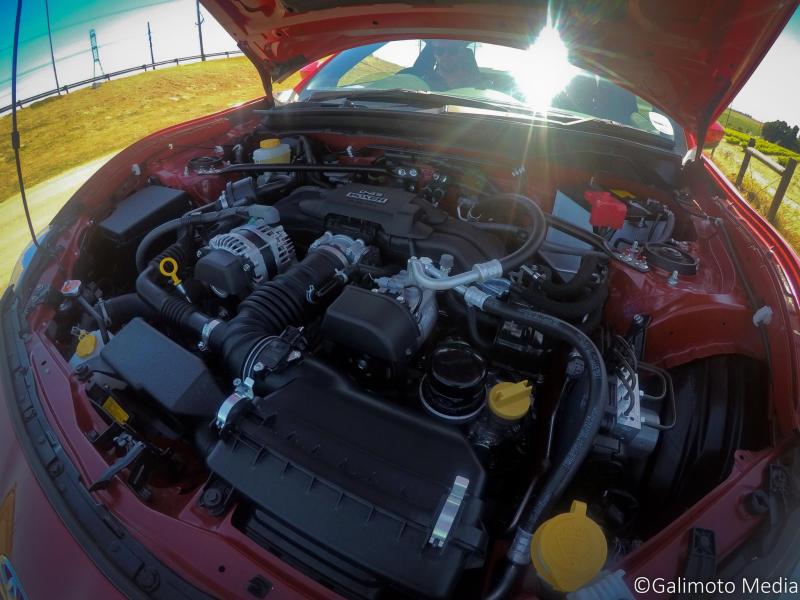 Nor does it like bolt-on forced induction much, apparently, which concretes my conclusion from a few years ago. The Toyota 86 is – barring actual abuse – an overhyped drift disappointment. Having gotten that out of the way, I now need to admit that I quite like the ’86 and found the following positives:

Its looks can be polarising but I am a huge fan – I think it looks great with unique proportions and future classic potential. As a coupé man I thoroughly enjoyed the sensation of almost sitting on the road with two completely hopeless seats behind me. I would advise against buying this as your only car… 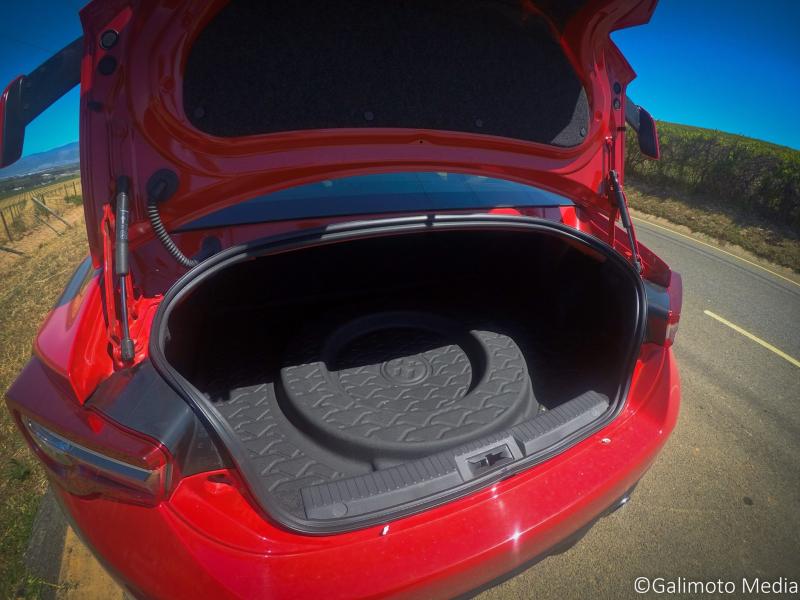 For weekends and fun outings, it plays in the same league as Mazda’s sprightly MX-5. Not fast, not scary but a compact and agile sports car with loads of coarse noises and revs from its buzzy engine. The snug cabin is filled with a small steering wheel, lithe pedals and that wonderfully crisp gearbox which has short throws and high-revving ratios.

There’s also two-stage traction control, two stage heated sports seats (at the front) and a sporty instrument cluster with Nissan 370Z rev counter and adjustable shift light, as well as a very cool Porsche-like multi-function round display. Compared to the auto’ 86 I tested before, this one also had delicious suede applications peppered all over its inside. 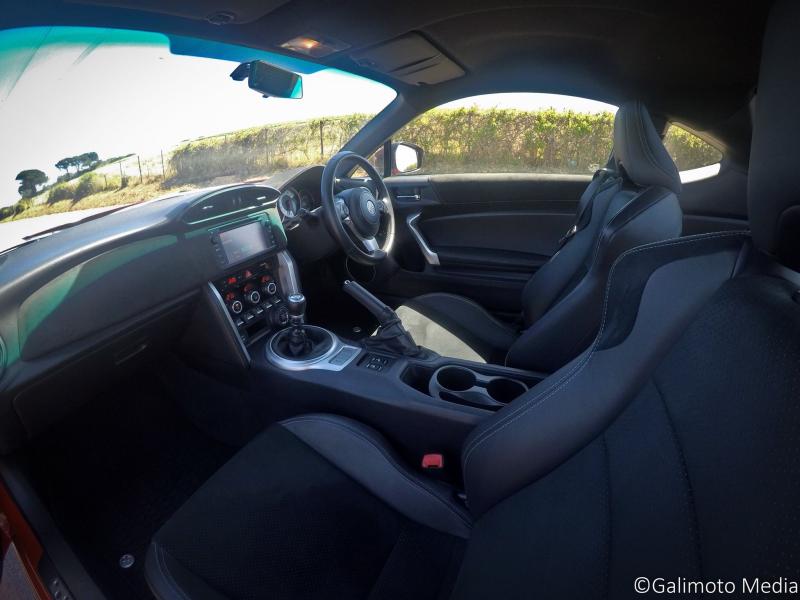 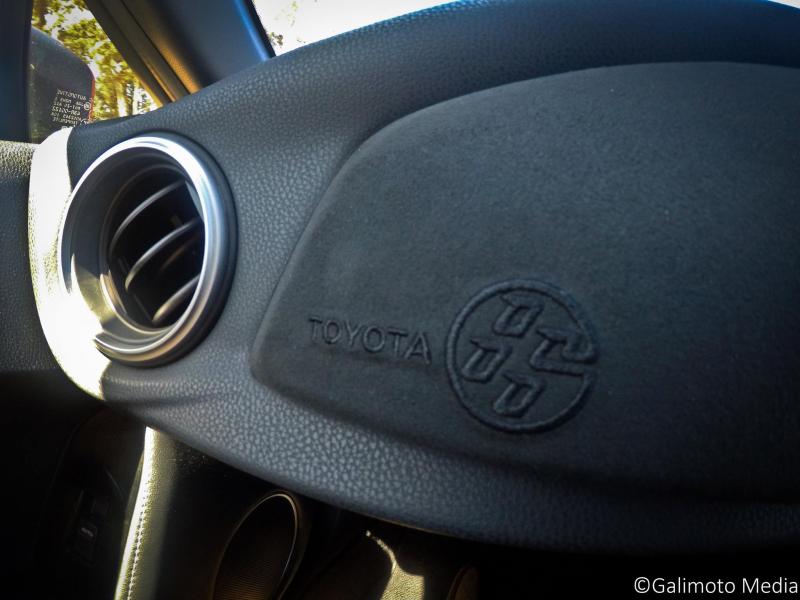 Rear ¾ visibility is good by modern standards although the raised third brake light seems like an afterthought. Front visibility can also be challenging if you’re not used to the car’s dimensions but the two Ferrari-like front buttresses can be seen from the cabin. That’s very cool.

The 86 boot is quite small, mostly due to the protruding spare wheel. I’ll let you make up your own mind about that, also regarding that effing 1982 LCD clock you find in every Toyota and Lexus. I found the car’s firm ride to be somewhat comfortable but most passengers disagreed, dismissing it as too hard. 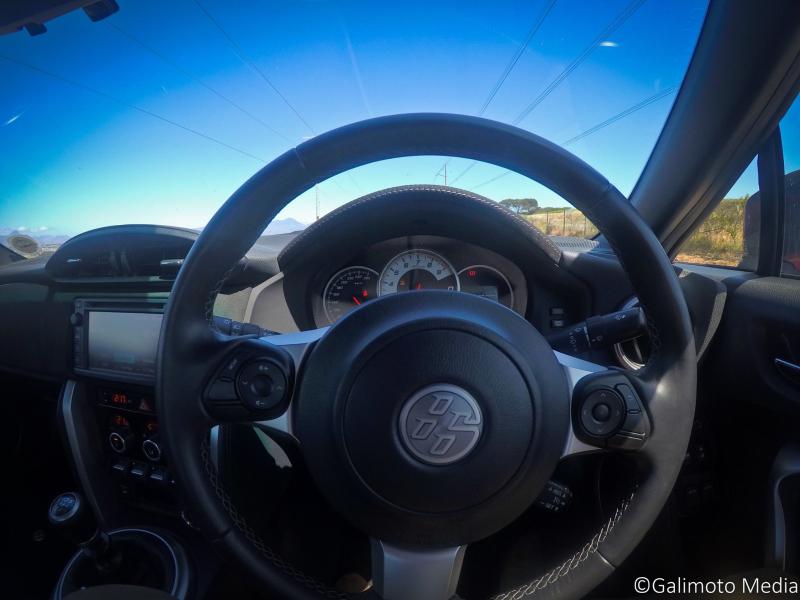 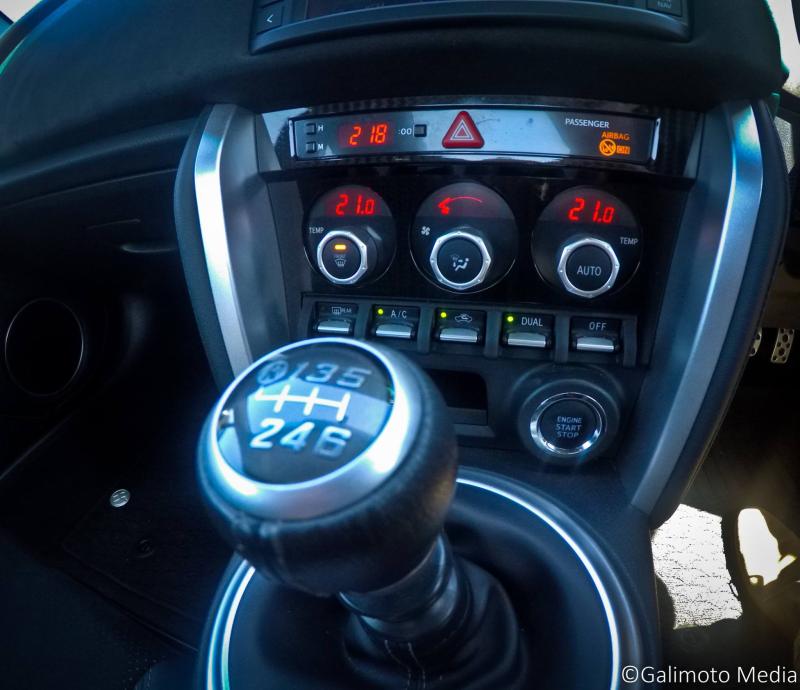 Funnily enough, there were a few missing items which made me like the Toyota 86 even more. Unlike most modern cars, it does not have gear change suggestions, self-parking or self-driving gimmicks, unnecessary drive modes, expensive adaptive dampers or other such numbing nonsense.

Which leads me back to the car’s ultimate purpose – it’s supposed to be a driver’s car and I very much agree that it is. At around N$500,000, it even offers value with a warranty, service plan and a dealer in almost every village. 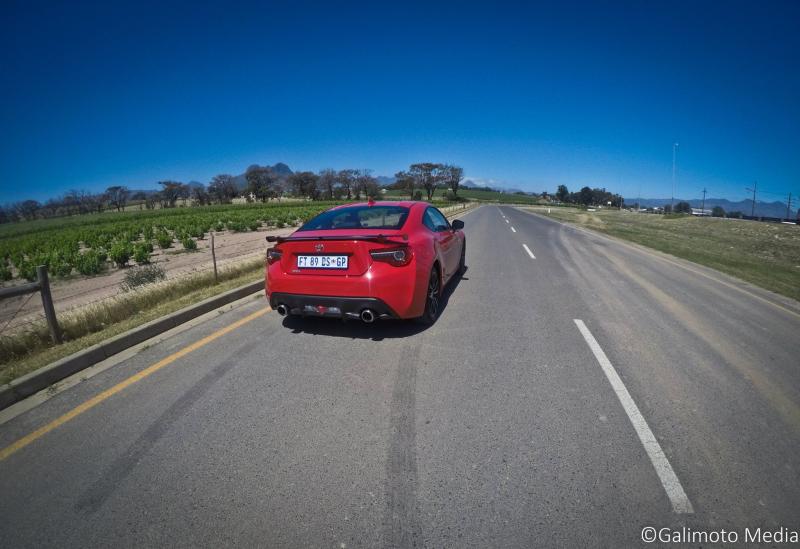 A super drift machine though? Sorry, big time fail… unless you enjoy thrashing or trashing your car.