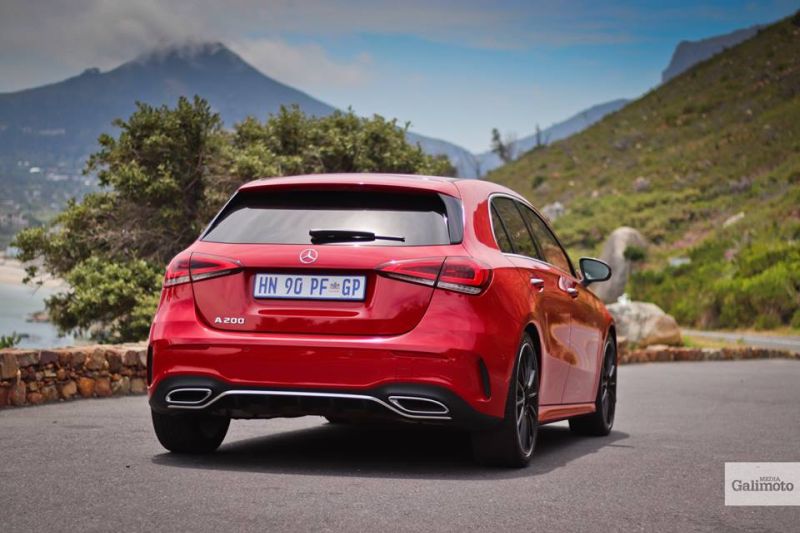 The Mercedes-Benz A-Class wasn’t a hugely popular vehicle to start with. I base this claim on my powers of observation in daily traffic as well as motoring conversations in my immediate circle of influence. In fact, if I consider the unkind things my peers say about Merc’s little hatch, it shouldn’t have made it past generation one.

And what an illustrious generation it was. Remember that whole Elk Test debacle in the late nineties when a Scandinavian publication rolled their A-Class test vehicle during an emergency avoidance test? PR companies will tell you that there’s no such thing as bad publicity – while serving you stale coffee – and I tend to agree.

The only one I feel sorry for is the Nordic publication because their notoriety was short-lived.

The gigantic wave of negative press meant that the wee Mercedes was catapulted to instant stardom; albeit for the wrong reasons. Daimler-Benz immediately turned this to their advantage by gifting every A-Class a cutting-edge electronic stability program (ESP) as standard, thereby eliminating the cause of this hyped-up flaw.

Clever, hey? Although it wasn’t blessed with good looks or sexy proportions, that first A-Class was also clever in design and sold moderately well. The raised, MPV-like structure allowed for great passenger space while some mechanical and electric gibbons wandered into the vehicle’s floor for better packaging.


Generation two came along in the mid 2000’s and will always remind me of three things. One, it gave birth to the slightly larger but semi-pointless B-Class and two, its cleaner lines and sleeker silhouette made it the chic mini-MPV an A-Class should’ve always been. And thirdly, all gen-two A-Classes have at least one broken brake light.

Roll on to 2012 when – shock and horror – the A-Class became a hunkered-down, over-styled, angry-faced hatchback. The ink was still drying on my confused launch report when stock dried up and waiting lists bulged. Much like other Merc ranges with newfound pizazz, the W176 A-Klasse sold like hot cakes because it attracted a much younger market.

Boring book keepers, sedate seniors and friendly families found solace in the B-Class of the time which retained the MPV credentials it once shared with its rebellious sibling. Fast forward another six years or so and we finally arrive at this brand-new W177 A-Class.

Although it has whiffs of Asian about it, this new A looks modern and exciting. Our red A200 AMG Line test car drew plenty of attention and is worlds, nay, universes removed from Auntie June’s first Elk Test A200. Inside it gets even wilder with daring shapes, funky textures, huge displays and a barrage of technology which would give the old dear a conniption.

Personally I found our press car’s shiny black piano trim a bit tacky (and prone to finger marks) but it was contrasted by the most beautifully perforated leather atop the oddball dashboard. The huge infotainment screen and digital instrumentation are pin-sharp, extremely intricate and highly rewarding if you dedicate a few hours to learning their operation.

The tons of information and customisation options can be controlled by a touch-pad on the central tunnel, buttons and two mini touch-areas on the new Mercedes steering wheel, or a lady in the dashboard. I’d also advise heavy training with this new MBUX device as the tannie didn’t smaak my half-German accent very much.

There must be a town in South Africa called Kennsell which she kept trying to take me to when I tried to cancel a command or function. Who drove this car before me, Mark Lottering? Other notes I made inside the A200 are a digital coolant gauge which actually works, a subwoofer instead of a spare wheel and – despite that – a rather flat sound system.

Mercedes put their indicator and gear selector stalks on diets, while the active LED headlights fitted to this car were outstanding. The brakes are good (40.06m from 100km/h) and so is the handling. This was to be expected though, seeing that it was fitted with disgusting black wheels which just look like they’ve never been cleaned.

Another thing I would’ve expected from them (and their diminutive wheel arch travel) was the obligatory lack of damping. Despite being shod with 225/45R18 rubber, I can confidently tell you that an A200 AMG Line has surprisingly good ride comfort in most everyday situations and its default “Comfort” setting.

Obviously you can fiddle with everything via the equally-obligatory drive mode selector where “Sport” makes this hatchback precisely as choppy and uncouth as I thought it would be. However; at higher speeds on bumpy country roads, the tighter Sport mode trumps its somewhat bouncy Comfort counterpart.

The dual-clutch transmission (DCT) doesn’t like low-speed commands and resembles a sleepy teenager when it’s cold. Much like any grumpy offspring, it really shines when let off the leash and given lots to drink. Mercedes claims average fuel use of 5.6L/100km but realistically you can add a couple more litres.

Commuting and overtaking are relatively sweat-free thanks to 250Nm of torque and seven gears. Our best 0-100km/h time was 9,20 seconds with 400m passing in 16,69 seconds at 138.84km/h. I was about to declare those as mediocre values when I learnt that this car has a 1.3-litre turbo-petrol four cylinder engine.

Yip. A one point three motor. AMG must be squirming in agony.

Perhaps that’s a good point to start wrapping up my review because I wasted so much time on this car’s history. But that’s the crux of this story – what was once a dowdy, slightly weird, mini Mommy van became a hip hatch with dynamic handling, funky design and a waiting list. Oh, and of course, extremely cool gadgets.

I’m sorry for never going into greater detail about this car’s many features but I thought you’ll want to discover those for yourself. So… get on that oversized, update-obsessed, curvy-edged smart phone of yours and book a demonstration at your nearest Mercedes-Benz dealer today!