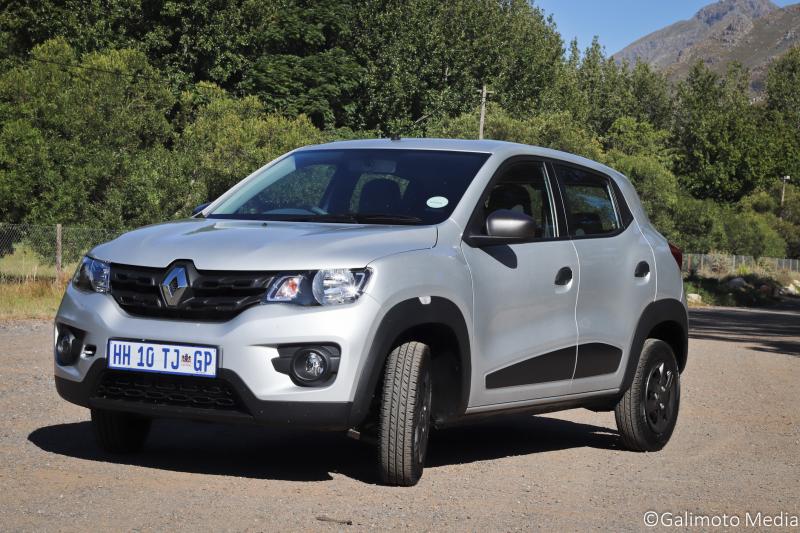 This text was supposed to be a sprint (short) review but the car in question got me so worked up that my rants exploded into a full review. So. Here goes.

The Renault Kwid is not a good car, I’d even struggle to call it mediocre. What it is, is an affordable, simple and (hopefully) durable little city crossover. Built in India and initially intended for that market, this bargain basement Renault has made its way to Indonesia, Brazil and southern Africa.

This is a good AND bad thing – we need affordable transport in Africa but we also don’t want to compromise on safety; which the Kwid does. Without airbags or modern structural engineering, it scored zero in a recent crash test (view pdf here) which puts it in the same “bad idea bin” as a Datsun Go, Citi Golf, Tazz or wheeled cardboard box. 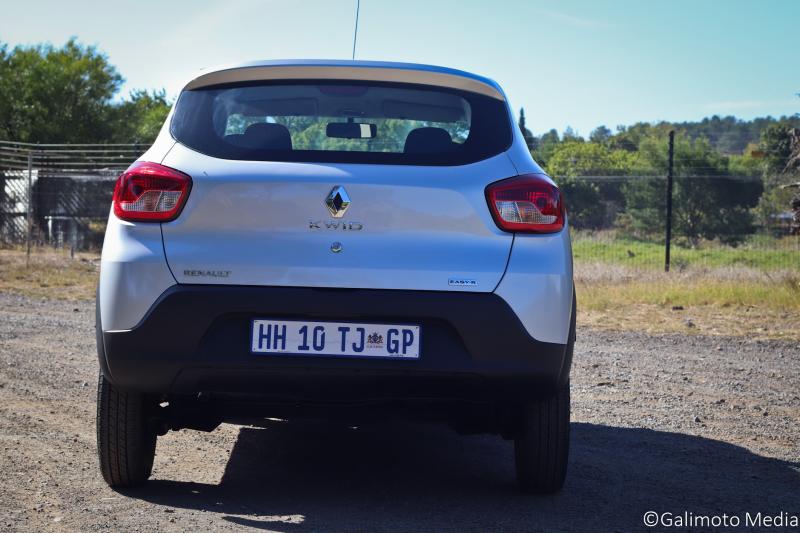 Renault must have looked at all the negative press this garnered and challenged their engineers to make the Kwid even worse. Enter stage left, with a slight pause in the middle, this Kwid AMT. That stands for automated manual transmission which means there’s an ancient goblin who operates the clutch for you.

Honestly, that’s what this feels like. Drivers of first-generation smart cars will know the sensation, as well as any driver who’s ever asked a drunk friend to change gears on their behalf. The goblin’s efforts are rather imprecise and jerky at walking speeds (i.e. slow traffic) but the worst thing is that you never know when the next sizeable pause occurs. 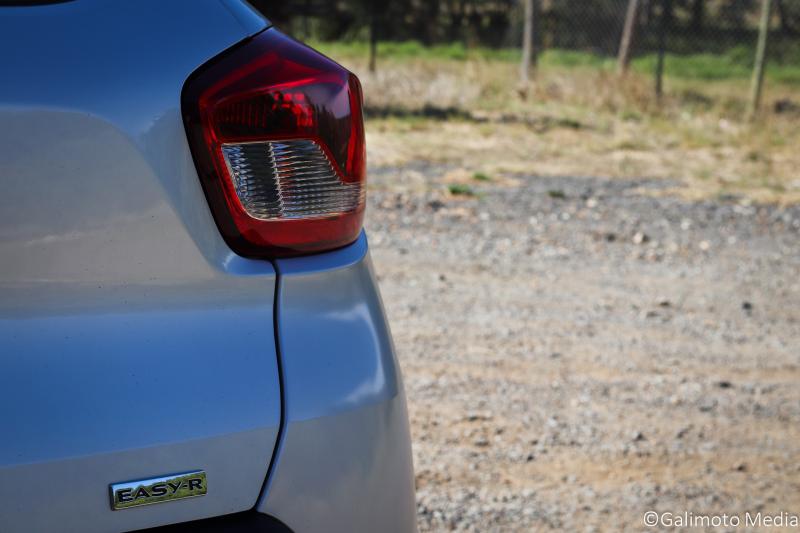 That’s right, Kwid has no shift paddles or buttons to pre-empt its one-second shift gaps. The considerable loss in momentum is especially entertaining uphill because the car loses speed, realises this, and kicks down to the previous ratio again. Repeat ad infinitum. Merging into traffic (or busy intersections) can also be a terrifying experience.

Other negatives we noted were the woefully indirect steering, woolly handling, cheap materials, tiny fuel tank (28L) and a few missing niceties like steering wheel buttons, a rear wiper, lights-on buzzer or boot lid release; it can only be opened with the bearded key. Visibility isn’t bad though. 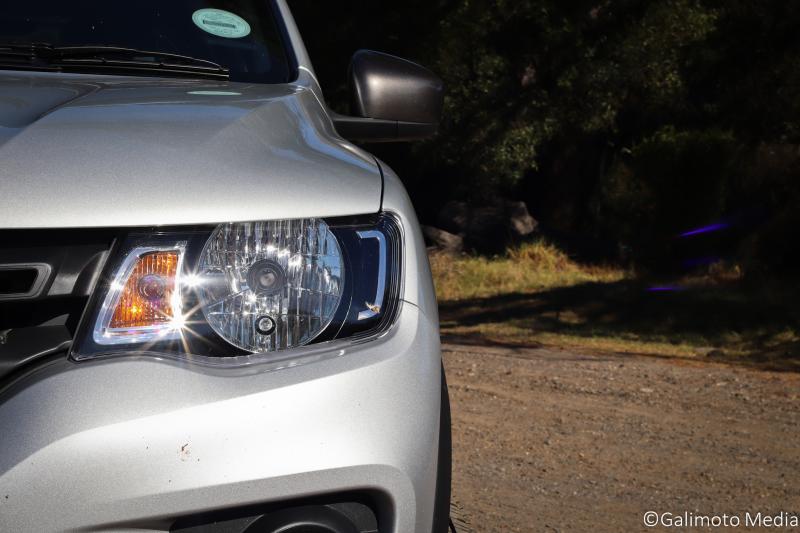 Firmly on the plus side, this Dynamique Auto model has a cool infotainment system, huge boot (300L), triple turn indicators, a third brake light, remote central locking and, like all Kwids, a relatively perky 1-litre 3-cylinder petrol engine with 50kW (68hp) and 91Nm. Claimed average fuel consumption is 5.1L/100km, which seems attainable.

Our best 0-100km/h sprint took 15.45 seconds and the sole emergency stop from 100km/h was quite an ordeal – scroll down to see the videos. Thanks to the absence of ABS, our test car locked all four wheels and skidded off course in 3.89 seconds and a scary 52.64m. The resulting flat spots on all four tyres actually reduced the Kwid’s high speed vibrations. 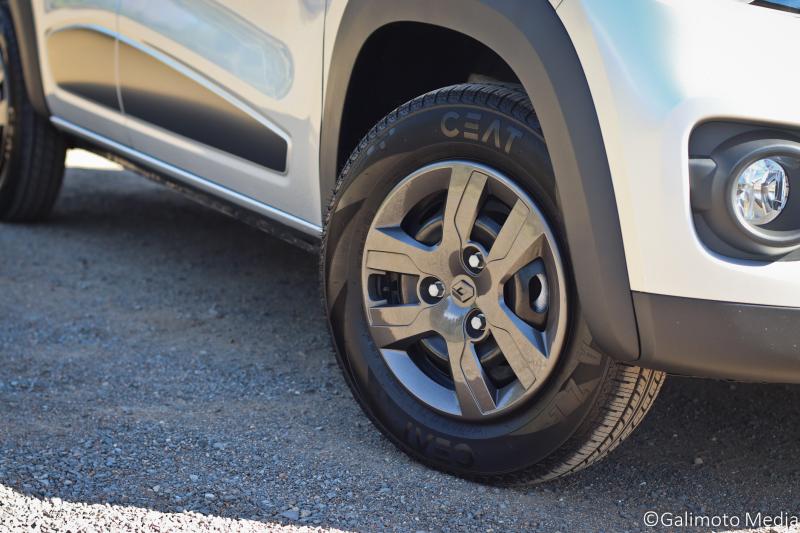 To put those figures into perspective, only a Defender 110 is slower to 100km/h. Faster vehicles include the Suzuki Jimny, smart fortwo, VW up! and Mahindra KUV100. Braking is on par with the Landy and any other outdated ox wagons. Renault claims a top speed of 152km/h which seems utterly plausible but suicidal.

In a previous review of this unsafe Renault – an oxymoron identified by my youngest colleague – I already noted that you’ll be fine if you never speed or leave your village. And instead of this small automatic car, I wouldn’t even hesitate to buy a pre-owned auto i20, Mazda2, Almera, Corsa, Baleno, Ignis or Polo / Vivo. 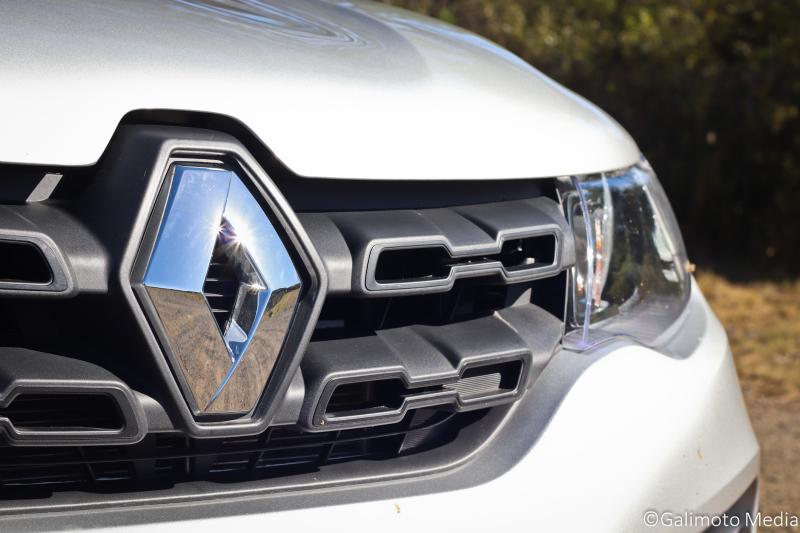 Anything. Anything but this.