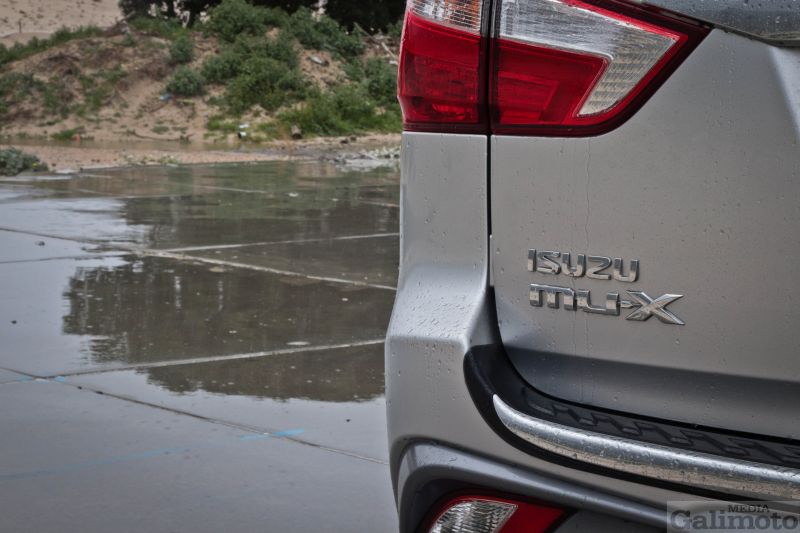 Your family has packed their bags for a desert safari and fishing trip in the Namib, which car do you take? OK, what if the roads are in a really terrible state? Right, one more thing. You’re allergic to Toyotas. Once you’ve managed to forget about the brilliant Pajero Sport, I would recommend this new Mucks.

Of course there are no rational reasons to be averse to any of those established Japanese rivals but if you desire something else, this kind-of-new Isuzu should do nicely. I typed “kind-of” because this isn’t a brand-new product, instead it’s a happy consequence of General Motors and Chevrolet upping sticks and leaving Africa.

When Chevy packed their bags, their perfectly good factory near Port Elizabeth in South Africa was quickly snapped up by sister GM-brand, Isuzu. The Japanese manufacturer obviously jumped at the opportunity to get a foothold at the bottom of the African continent and they even inherited the odd product along the way.

One of these is/was the Chevrolet Trailblazer, a large but no-frills SUV with up to seven seats, a clattery turbo-diesel engine and old-school chassis with two- or four-wheel drive. Think Toyota Fortuner and Mitsubishi Pajero Sport, complete with ridiculously hollow doors, ghastly plastic and bakkie steering.

Right, now yank off all golden bowties (the Chevy emblems), replace with Isuzu badges, glue on a new nose, drop in your own 3-litre engine (lovingly named 4JJ1TC HI), restyle the rear lights and slap on some KB / D-Max rims. Hey presto, the mu-X is born!

It’s actually a bit more complicated than that but the two are closely related.

While the Trailblazer’s Duramax four cylinder was slightly more powerful, the 130kW or 380Nm of this Mux’ power plant is nothing to be snuffed at. Power in this 2,999cc model goes to the rear wheels via the obligatory automatic slush-box with dragging torque converter. It provides six ratios in this application.

I felt that the box’ leisurely antics are well suited to the agricultural lump under the bonnet, even more so to the bakkie-esque ride and handling. Treat it like the old-school SUV it is and nobody gets hurt. If you never leave the tarmac, I implore you to rather buy an Audi or Volvo but for occasional safaris, this will be perfect.

Even better, if you want to hit the beach or mountains, there’s a 4×4 version which costs R65,000 more than this 4×2’s R595,000 asking price. Most specifications are identical, including the extremely sensible and fairly comfortable 265/60R18 tyres on alloy rims. ABS, airbags, rear camera, climate control, they’re all present.

The only thing I couldn’t make friends with was Isuzu’s idea of an infotainment system. It’s one of the only features on this vehicle where I got the feeling that a few bakkie ouens were attempting something that was beyond their capabilities. Granted, most owners will get used to it… eventually… but it’s not exactly intuitive in its operation.

Driving around your village or cruising on the highway feels no different than its chief rivals but that also means you should take extra caution. These vehicles have a very high centre of gravity, balloon tyres, incredibly vague steering and antiquated suspension geometry which doesn’t react to emergency situations like a modern SUV would.

The flipside of that is 230mm of ground clearance, generous axle travel and rugged components to easily shrug off mild off-road use. With an expert driver, this RWD mu-X should get quite far into the scenery. Fit a diff lock and that distance could double or grab the 4×4 version to aim for the horizon.

So, if you want a hotrod no-nonsense Jap 4×4, best search for a decent second-hand Trailblazer on the internet. Best value? That’ll be the Mitsubishi, especially when comparing spec and factoring in four-wheel drive. Toyotas have superior resale and dealer count while somewhere in the middle you’ll find this Isuzu.

Each new Mukks is sold with a considerably 5-year/120,000km warranty and 5-year/90,000km service plan. There are four Bakkie/SUV dealers in Namibia and 24 equivalent dealerships in South Africa. Unfortunately I couldn’t determine which colours it comes in so you’ll have to visit your nearest dealer for that.