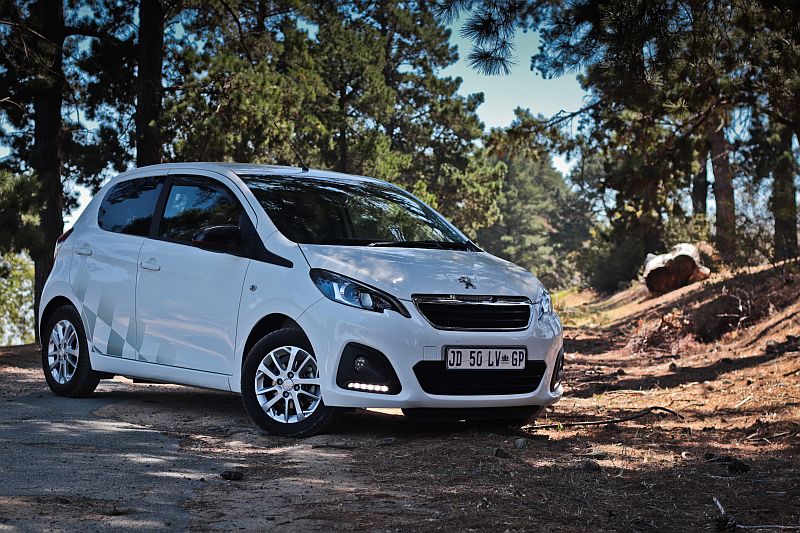 Preconceptions can be a dangerous or irritating thing but my recent test of a small Peugeot showed that they can also be shattered.

Say the words “French car” and most of my peers fall silent. Mention the name Peugeot and quite a few of my acquaintances start foaming at the mouth. Now throw in phrases like “downsizing”, “rebadged” and “platform sharing” to brew one of the most hated and tasteless automobiles ever made. Right?

Wrong. All of the above is true of the car on these pages, a 2019 Peugeot 108 1.0 Active. It’s French, a Pug, shrunk in the wash with a diminutive engine which it shares with the Toyota Aygo and Citroën C1. The cutesy trio also does quite a bit of swapsies ‘n sharies with their remaining drivetrain, chassis and electronics while all of them are spat out of the same Czech factory.

Well, in my humble opinion, it isn’t. Having recently tested a Toyota Aygo, I can confirm that this 108 feels pretty similar in dimensions, response and power because – duh – they are identical. What puzzles me a bit is that the sensible Jap is available in three crazy trim levels with bizarre features while the usually flamboyant French just make this one basic model.

I guess cost-cutting and efficient model line-ups have finally taken over. The completely OTT brand Citroën goes one step further by not even bothering with their C1 in the recent Take Three of their local market presence. For the record, Toyota’s Aygo is priced from R182,000 to R210,600 while this Peugeot 108 costs R184,900.

For that frankly excellent price you get the basic stuff like ABS, remote central locking and a pair of airbags but here’s where the Frenchy starts creeping into people’s heart: it also gives you ESP (stability control), emergency brake assists, side and curtain airbags, steering wheel buttons and a large touch-screen media system.

Granted, that last bit is becoming a common bit of bait for sub-200 buyers but it’s great to see so many niceties included in the price. One bizarre omission is a tachometer (rev counter) because most Aygos have a funky vertical one on the left of the instrument binnacle but this 108 simply has a blank chunk of plastic.

Snazzy Toyota and bland Peugeot. Who’d have thunk it?

I’m happy to tell you that the blandness doesn’t go much further than missing gauges, cloth seats and the choice of just four colours. In its defence, the 108’s remaining gauge pod, seat fabric and wheel design are quite elaborate and interesting. And those four paint colours are white, silver, red or blue; enough to please most potential buyers.

Believe it or not, all of this is good news. It means that Peugeot South Africa knuckled down and decided on just one model with decent specifications and limited options – including our test unit’s eye-catching chess board decals. This keeps the price down and (hopefully) supply lines up and running.

Not even a day into my stint with this vehicle I casually parked it at my local coffee hangout – as I do with every press car – but within minutes the car was teeming with inquisitive onlookers. Young and old, ladies and gents, even hardened motorcycle enthusiast were smitten with the wee Pug and all hungry for more information.

Upon learning its price, generous specifications and impressive warranty (5-year/100,000km with service plan) the checker white city-car was declared an absolute winner. “Something I would drive!” and “I’d love to get one for my daughter!” were just some of the extremely positive remarks.

Some new 108 lovers even wanted a road test opinion which is easily summed up as such: the one-litre three-cylinder petrol engine is relatively perky (93Nm @ 4,400rpm) but often needs to be thrashed to keep up with traffic (53kW @ 6,000rpm). Not helping in this regard are the extremely long ratios of its five-speed manual gearbox.

An upside of this is that lazy drivers could torture it into second-gear starts and – at least around town – never ever need to change gears. This possibly compensates for the lack of an automatic model… Another noteworthy point is that Peugeot (and Toyota) didn’t even bother with the slightly less practical 3-door variant of these tiny hatchbacks.

Back to my driving impression, it rides and corners fairly well with decent 165/65R14 tyres whose tall sidewalls produce good low-speed cushioning… then high-speed cornering flex which hands over to substantial body roll and progressive front-end wash from the simple suspension setup.

Besides predictable handling, the 108 Active also has an excellent turning radius and sharp brakes. Our single emergency brake test from 100km/h was over in 3.06 seconds and 40.05 metres. 0-100 took 14.51 seconds; which is 1.4 seconds off Peugeot’s claim because these under-powered cars are quite difficult to launch aggressively.

Even with severe punishment the little car won’t get very thirsty although the indicated average figure of 4.1L/100km ain’t happenin’ unless you drive like a nun. Downhill, all the way. Responsible drivers can probably achieve around five to 6L/100km from the 35L tank which should stretch refuelling stops close to 700km.

The boot can swallow almost 200L (or a folded-up Nico) while the rear seat-backs flip down to offer a more practical 780L of space. Peugeot S.A. lists the vehicle’s top speed as 99km/h but our GPS-based equipment logged 149.71km/h before we ran out of road. International sources suggest that 160km/h may be possible.

Again, that’s fairly impressive for what most locals wouldn’t touch with a ten-foot pole. “A small Peugeot? Nee, dankie…” should hopefully be consigned to the history books.“ Thanks to Japanese platform sharing, sensible local specs and a great price/warranty, the little 108 was a complete hit with my family and friends.

Just after the slightly more basic (and cheaper) Hyundai Atos, I would happily recommend it.