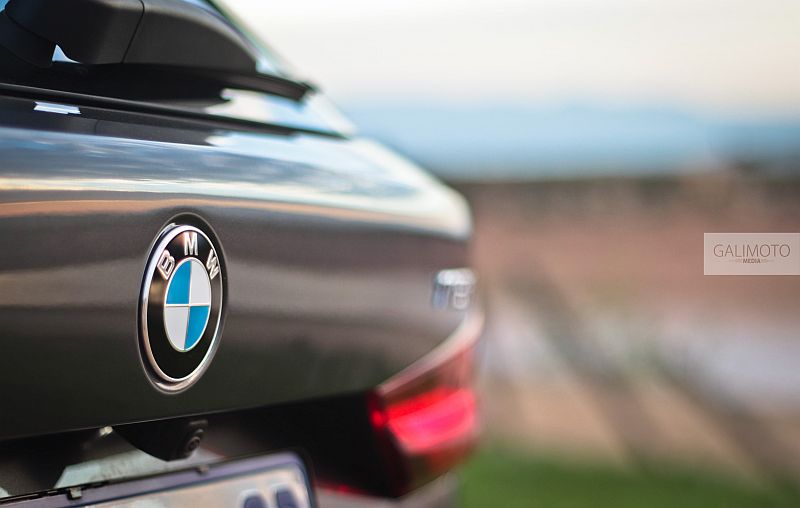 Heavens above, BMW has made the new 1-Series a front-wheel drive, stretched all proportions and slapped on its oversized grill. I recently test-drove a 118i M Sport to give you these impressions…

Right from the start I have to admit that I’m not a huge 1-Series fan. The compact RWD hatchback certainly had its appeal, especially with six-cylinder power. Yet it also looked awkward in certain trim levels, didn’t offer much value for money and, especially with six-pot power, is often piloted by Mnr Kyk-jy-vir-my-meisie.

I will agree that it’s not the car’s fault – quite the opposite – it was probably a victim of its own success so it mystifies me why the Bavarian car maker suddenly decided to destroy the first two generations’ winning recipe and resort to the much-hated front wheels for this 2019 gen-3 propulsion.

That’s right, your new Mini is actually a dressed-down 1-Series or is this Beemer is a fancy Cooper S? Before we lose ourselves in internal model politics, I’d like to loudly proclaim that I like the new One-Series. Yup, even with that big grill and its A-Class-esque profile. The rear end is downright sexy, in my opinion.

Those stretchy proportions I mentioned earlier have the wonderful side effect of improving the previous models’ rather snug cabin to one which can actually house fully-grown adults. I’m the same generous height as my BMW-loving uncle and we took turns sitting in every pew; to discover lots of leg- and adequate head-room.

Obviously the Germans want to snare you with tasty options so you may find 18- or even 19-inch alloys gracing your chosen model… or sensible sixteens on the base-model which nobody will buy. Nope, everyone will want this poser M-mobile with huge wheels, hard-ish ride, beefed up cheeks and shiny trinkets.

As for driving the newcomer, I’m delighted to reveal the new developments in adaptive suspension components are fast sweeping the ruthless arena of luxury cars… and thus, our grey metallic 118i may have had wafer-thin tyres but the ride was astoundingly forgiving. In Comfort mode.

Switch to Sport mode for the choppy and uncouth damping I would’ve expected, plus some added vooma from the drivetrain. This engine/gearbox combo had another surprise in store for me in that its power delivery was uncharacteristically smooth and linear for a small turbo-charged engine with an uneven number of cylinders.

Three tubs are not smooth in operation, they wobble and drone a lot. Small turbo-threes can be gutsy but my vast experience with examples from other brands tells me that they strut their stuff in messy bursts of power. After demanding lots of initial input, they catapult through the mid-range only to run out of puff higher up the rev range.

This often makes for some crude driving styles so I must commend BMW for almost completely ironing out such characteristics. Granted, 500cc per pot is quite sizable (and spells good torque) yet the turbocharger and transmission response is very near perfect – the ultimate driving machine in its class?

Perhaps the neon-orange leather interior of our press car influenced me a bit but the few days I spent with this BMW were highly impressive and pleasurable. It even returned decent fuel efficiency, although the maker’s claim of 5.9L/100km can only be achieved with a heavily restrained driving technique.

My average use from the 42L tank hovered somewhere around eight because I thoroughly abused the vehicle’s fantastically smooth power. Our best of four 0-100km/h sprints was a respectable 8.35 seconds with 400m passing in 16.17 seconds at 137.52km/h. A single emergency stop from 100km/h took 2.60 seconds and 36.24m.

Those are sports car numbers!

I won’t go into further details about the new driver aids, extremely comprehensive media/nav system, brilliant LED headlights or things you may have to pay extra for. For more details on the various choices your best bet is the nearest BMW dealership. Each 118i is sold with a 2-year warranty and 5-year/100,000km maintenance plan.