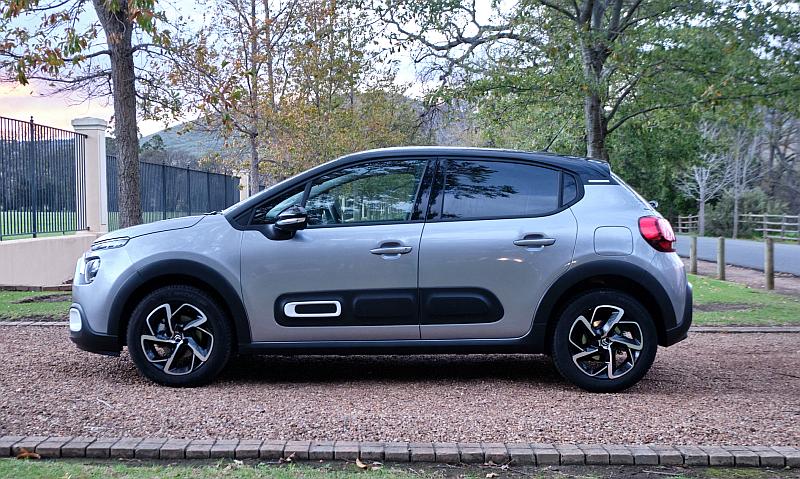 Imagine meeting a beautiful member of the opposite sex and immediately sensing a mutual connection. It feels like nothing else you’ve experienced before. Everything seems so exotic, because they speak a foreign language and exhibit different habits than what you’re used to. That’s what a new Citroen C3 feels like.

Sure, we’re still talking about a car here but as a motoring journalist who’s exposed to a huge variety of makes and models, I can confidently tell you that they mostly blend into an accepted norm or formula. Especially the ones at the top of the sales charts, because they have to cater for every imaginable customer.

A modern Citroen, however, shows its cataclysmic distance from the top seller list through daring designs, outrageous cabin trim and the almost expected French disregard for ergonomic standards. Just like that bronzed Parisian gal or guy who stole your heart, they don’t appear to function very well except on their home turf.

Consider this. Just like Jean-Pierre or Marie-Claire from Saint Germain-en-Laye, this C3 1.2T Shine won’t get more than a few clandestine looks when strolling down their own streets. But transplant them onto the R44 Gordon’s Bay or a traffic light in leafy Walmer / Gqeberha, and local jaws drop inside their white Japanese runabouts.

The Cape Town press fleet sent us a dark metallic grey specimen and while that’s probably one of the most restrained (and subduing) colours in the automotive spectrum, it still struggled to hide the exuberant looks of this medium-sized hatchback. The front end with its stylised and elongated chrome badge already looks like a work of art.

There are triple light clusters, of which the lower fog lights are set in a high-contrast white frame. Did I really type frame? Sorry, how German of me. I meant pod. Multi-layer oblong vessel. Thing of beauty. Like most contemporary Citroens, it also had semi-functional rubber pads on the doors with yet another white décor piece.

The wheels fitted to our test car looked like they melted under hard acceleration. The black-framed window line and side mirror pods are extremely stylish, while the black roof is set off from the body by yet another bit of design flair. On the car’s C-pillar (the far back roof post) you will find a matt black strip with another white oblong.

I was going to criticise the rear end of this car for being bland but I’ve since decided that it’s merely an understated contrast to the otherwise expressive shapes. The tail light clusters are a simple round affair which border on cute but Citroen makes a strong statement on the centre of the boot lid with an oversized, chrome-lined, high-gloss, black enamel badge.

The inside… oh my word, I best not get too carried away because we’ll be here for a while. My firm favourites include the grey seat fabric, green contrast stitching, chunky door pull straps, bizarre door pocket indentations, alien air vents, over-simplified and matt infotainment screen, plus the crisp instruments with a nonsensical tachometer.

How so? Well, its red zone (which marks the maximum recommended engine speed) starts at 5,500rpm. Or so I assume, seeing that the instrument is only marked in increments of 500rpm. However. When full throttle is applied, the 1.2L in-line 3-cylinder turbo-petrol engine will yodel all the way to the second red marking!

Granted, it won’t do it in first gear but every subsequent gear change from this 6-speed automatic will see the multi-layer needle of this dial swing to the number six. When we tested the manual (non-turbo) version of this car last year, it even allowed brief forays past 6,000rpm and dangerously close to 1,000 more than its own recommendation…

Oh yes, there are various models on offer. The non-turbocharged 1.2L i-3 is named “Feel” while this turbo equivalent is called “Shine”. The price difference is about 60 grand, power figures are 60 vs 81kW and torque numbers are 118Nm versus 205. Fuel consumption is 5.7 and 6L/100km from the 45L tank.

If that sounds like an incentive to go for the weaker model, the performance figures may sway you back to general sanity. 0-100km/h takes 13.2 seconds (we managed 13.49) in the self-breathing apparatus while its force-fed equivalent takes just 9.4 for that feat. Our best effort yielded a slightly disappointing 10.66.

In the real world, the chasm between these models is slightly lessened by their mandatory gearboxes – manual for the 1.2 and auto for every turbo model. As can be expected, each C3 often demands a boot full of throttle to merge lanes, keep up with traffic or safely overtake. With a heavy dose of patience at times.

On the upside, this French beauty elegantly glides over most bumps and, no thanks to sensible 55-profile Michelin tyres, balances that out with a degree of sporty handling. The headlights are commendable, as is the 300L cargo area, standard safety kit and 5-year / 100,000km warranty with a 3-year / 60,000km service plan.

So what’s the catch? Well, nobody really speaks French in southern Africa… as many tourists have to discover when they try to strike up a conversation with the staff of “Le Petite Bijou de Village” in Franschhoek.

And thus, despite its outlandish good looks and charming quirks, the C3 won’t be able to kuier around a braaivuur very lekker. Quite the opposite, we found that some people even made fun of it; and the fact that there are no dealers in Namibia.