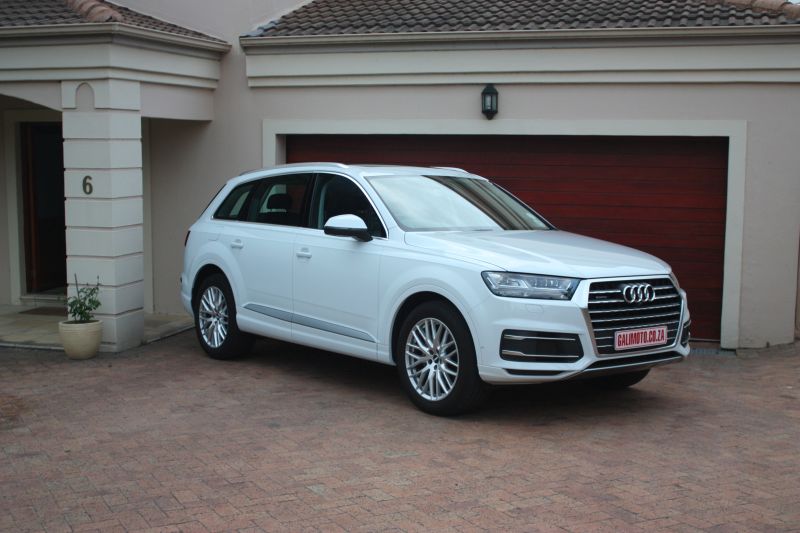 Bigger is always better, right? Well, that probably depends on who you ask so let’s keep our minds out of the gutter and firmly pinned on automobiles. With global trends of dwindling resources and heavier traffic, rising taxes and fuel bills, it’s no wonder Audi decided to shove its Q7 flagship SUV into the gym.

The first generation of this massive soft-roader was launched in 2005, in the twilight of a time when the world was drunk on excess. Shortly after its introduction and partly fueled by the global recession, even its target American market started buying smaller, more efficient cars. Pick-ups excluded, naturally.

In defense of the original Q7, there wasn’t much to touch it for seven-seater spaciousness. The flipside of this coin was its cumbersome bulk which certainly topped Audi’s to-do list for gen two. Followed closely by the development of its MLB 2 platform, which also hosts other luxury SUV’s from the VWAG stable.

Looking at the white press demonstrator we were handed for a week, the slightly smaller vehicle also shows Audi’s sharper design lines and more angular proportions as opposed to its lumpen forefather. Personally I wouldn’t describe the old Q7 as ugly but this new one manages to hide its size very well. Good job, Audi.

A tiny point of criticism was the steeper learning curve we experienced with this MMI system – various options and sub-menus weren’t as intuitively placed as before. The user interface seems more responsive though and I hasten to add that any new owner just needs a wee bit of practice to master its operation.

The new Audi Q7 is currently only available with a 3-litre turbo-Diesel V6 churning out 183kW or 600Nm to all four wheels (Quattro) via an eight-speed Tiptronic automatic gearbox to reach 225km/h or hit 100km/h in 6.3 seconds. We strapped our testing equipment to it and got a GTi-scaring 6.63 seconds to 100.

Another test I subjected this car to was mild off-roading of the farm / veld variety; which it aced. Excellent sound damping joins the adaptive air suspension (N$30,500 extra) to provide good ride comfort and stability. The only real drawback is the car’s sizable body which you don’t want to scratch.

This also applies to the Q7’s application in town, as illustrated by one of our testers when she had a meeting in the city center and nervously asked “don’t we have another car?” The Q7 is big. It’s amazingly easy to drive and feels quite light on its feet but we urge any potential owners to tick every single parking aid option.

One thing we wanted to yank out of the car was its automatic parking brake. Although selectable, this bothersome nanny comes on when you least expect it. In slow traffic. While crawling into your garage. Added to the grabby brakes (at low speeds), it’s surely a safety net between the Q7’s heft and inexperienced drivers.

Does that mean this is a pointless, flashy, gross ego extension? Maybe for some but we found the new Q7’s calling through a combination of factors. Take one long journey, throw in country roads in varying states of disrepair, add a dash of dirt or rain, mix with at least four tall adults and blend until happy.

Yes there are cheaper, smaller and more efficient ways to travel but if you like to partake in big trips with many people of the big variety, an Audi Q7 will be just what you need. Its smooth V6 even sounds good and can be relatively fuel-efficient – Audi claim 6.3L/100km and our week-long average came to just under nine.

The privilege of driving Audi’s biggest car will set you back N$924,000 without space-age options. So it isn’t just about size, it’s how well you use it…