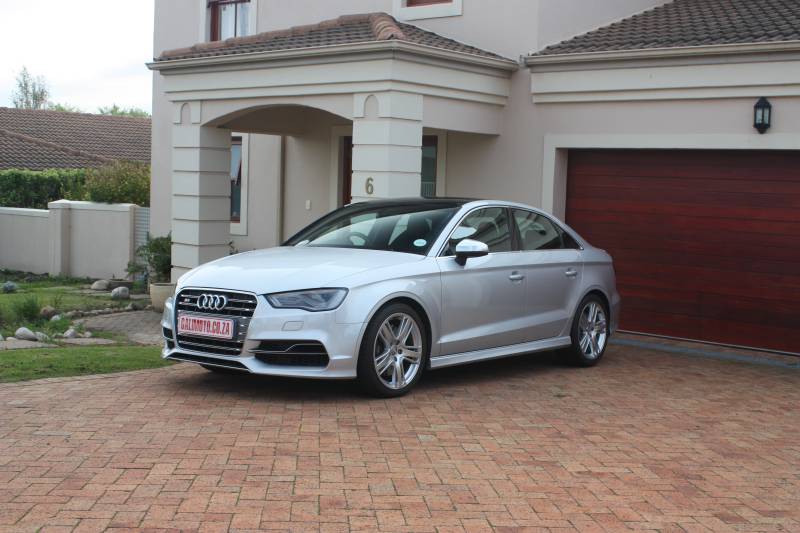 Did you know that Audi makes more than 30 different cars? Quite a few of them are bigger or topless versions of existing models but if you’re in the market for, say, a four-door sedan, you can pick between six basic configurations, excluding sporty iterations like the S3 sedan I tested last week.

So just to clarify: Audi makes a two or four-door hatchback equivalent of the Volkswagen Golf; called A3. The performance version is an S3 and the lunatic special, an RS3 (currently not available). To offer even more choice to discerning customers, they slapped a boot on the A3 / S3 range and made this sedan.

Yes, yes, I know what you’re thinking. A Golf with a boot already exists so this is essentially an Audi Jetta. And before anyone points out the super seller Audi A4, I can vouch for the fact that the A3 / S3 sedan is more compact and has its own character, appeal and design.

The front is almost indistinguishable from any other modern Audi while the dashboard is straight out of the A3 hatchback. In my humble opinion, it’s the rear end of the car where things get interesting – the boot doesn’t seem slapped on at all and the car’s lines are just exquisite. Clean, taut, muscular and discreet.

This is just my observation but the S3 with its understated go-faster bits just looks so much more focused and well-proportioned than some of its curvy competitors. Bespoke to this model are deeper bumpers, skirts, a thin boot spoiler, shiny trim and mirror covers, 18-inch wheels, mean lights and four exhaust pipes.

Our silver test car featured a few optional extras like navigation, parking aids, leather trim and a panoramic sunroof. Everyone loved the big glass ceiling but I have to caution tall folks that this will encroach into the already-snug dimensions and compromise headroom. Boot size is a decent 390L while the fuel tank holds 55L.

As you would expect, spending time in this high-quality cabin is an absolute pleasure which is heightened by the pin-sharp displays, top ergonomics and intelligent infotainment system. The navigation won’t just offer to find a filling station if your fuel level hits reserve, it will also warn of low battery status in Bluetooth’d mobile phones.

Even more amazing is the S3 sedan’s power train – a 2-litre TFSi four cylinder turbo-petrol engine (210kW, 380Nm) linked to a 7-speed dual-clutch (DSG) automatic gearbox. Low-speed response can be sluggish but this is easily remedied by selecting Sport mode or simply increasing the angle of your right foot.

The motor is reasonably quiet at idle and at constant cruising speeds but gives off a lovely deep engine growl and boomy exhaust noises (with up-shift pops) when angered. It gets even more vocal when you employ launch control to hit 100km/h in five seconds (our GPS beat that by 0.2 seconds); top speed is limited to 250km/h.

So then, performance fans will not be disappointed and they also won’t mind the S3 sedan’s very firm ride. It doesn’t crash or rattle over uneven surfaces but I have to tell you that its damping is hard. Needless to say, that goes hand-in-hand with exceptional grip and phenomenal, Quattro-supported, handling.

The flat-bottomed steering wheel is usually quite light in its responses but hardens up in Sport mode to offer meatier feedback. And before you think this car is a gas guzzler, Audi claims average consumption of 7L/100km. I did see my average drop below eight with careful driving but a realistic average is 10L/100km.

To sum up, the Audi S3 sedan is a great-looking, well-equipped, slightly hard and compact family sedan which corners like a house fly and goes like the clappers. The privilege of ownership will set you back N$529,500 which also includes a 5-year/100,000km Audi Freeway plan.