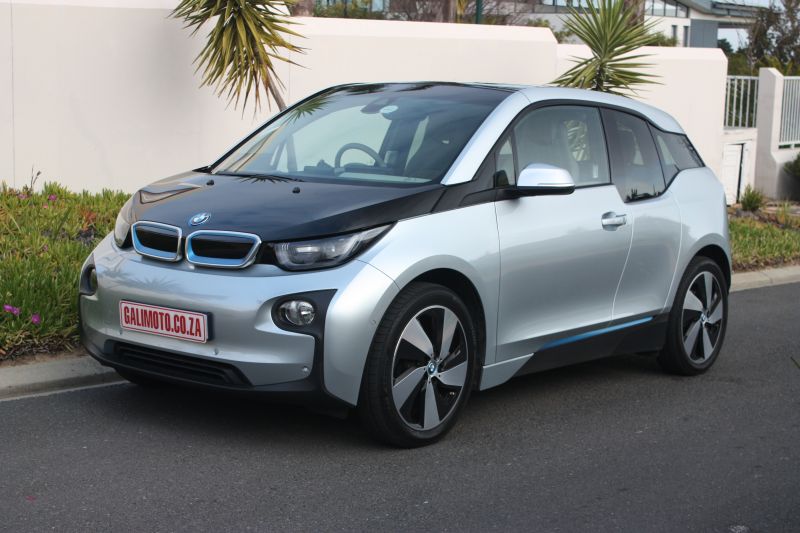 We’re running out of oil. Whether you believe that fossil fuels will soon dry up or not, fact is that most big cities are smothered by a blanky of smog and the pleasure of filling up your car is not exactly getting cheaper. So much for the reasons why BMW would build an all-electric car like their new i3.

I recently spent a week driving a silver i3 from the BMW South Africa press fleet which had already covered an impressive 15,000km. Still feeling and looking like an oven-fresh example, what struck me as even more incredible were the reactions from every driver, passenger and random observer.

This was undoubtedly the doing of the car’s alien looks, outlandish materials and non-conformity in the engine department. With tall 19-inch wheels, clamshell doors, a bizarre window line and the strangest mix of interior textures and shapes, I can only quote my friend Ciro who noted that “it’s like a concept car.”

…this oddball vehicle racked up an amazing amount of dropped jaws…

Combined with its completely silent propulsion, this oddball vehicle racked up an amazing amount of dropped jaws and converted quite a few petrol heads – myself included. Despite my love for old cars, especially V8’s, the i3’s looks and character had me hook, line and sinker within minutes.

If you don’t believe me, do yourself a favour and visit your nearest i-approved BMW dealer for a closer look. Here you will also discover that i3 comes in two variants affectionately named BEV and REX. Battery Electric Vehicle i3 costs N$532,500 and the Range Extender we tested is N$602,500.

That’s rather costly but each i3 comes with a raft of safety and luxury features. Then there’s the prohibitive cost of building an electric vehicle in small numbers whose heavy batteries are countered by a lightweight carbon-plastic structure and recycled materials – all on display for your Greenpeace friends to admire.

BMW will sell you various optional extras to individualise your i3 and it’s also available with your choice of six body colours, five wheel designs and four interior trim combinations. More importantly, you can also pay them to install a futuristic-looking wall unit in your garage to charge the car up much quicker.

Each i3 has a mobile charger with about two meters of cable and a normal three-prong plug. This will fully charge the depleted batteries in a few hours (at about N$30 a pop) while the wall unit does it much faster. Better yet, drop by your nearest i-dealer and their electro-box will do it in under an hour.

A full battery gives you a range of about 140km (depending on driving style) which finally brings me to the way this i3 drives. While all controls are BMW-sturdy, the steering also feels quite heavy and the battery pack under the floor gives you not only a higher driving position but quite a solid, planted ride.

Although I think the halogen main beams should’ve been LED’s, an i3 drives like a normal car. It’s even got a decent boot and folding rear seats. The only thing you’ll have to get used to is the strong deceleration as it regenerates electricity. I quite enjoyed it and almost rear-ended someone when I switched cars.

Time for a surprise. You may assume that an i3 has the oomph of a golf cart but you’d be sorely mistaken. With 250Nm of instant electric torque, 0-100km/h takes just 7.8 seconds (we recorded 7.71 and the BEV does it in less), top speed is limited to 150km/h and it will shock traffic light heroes or highway bullies.

You should also know about this Range Extender’s 647cc 2-cylinder petrol engine which is in no way connected to the wheels and merely acts as an on-board generator to increase range or get you to the nearest plug socket. Once the electric range drops below 5km, it simply starts buzzing away to maintain charge.

Although a Cape Town dealer informs me that they’ve sold more Bevs than Rexes, I would buy the Range Extender for that extra peace of mind. We ran low on charge in the city and once near my home but both scenarios meant that we weren’t panicky or worse, stranded.

One could argue about the eco-unfriendly batteries or the dirty source of electricity – which I was quite prepared to do – but the simple fact is that it never came up as more than a passing comment. That’s concrete proof of how endearing and accomplished the BMW i3 is. Everyone loved it.

To ease any environmental concerns, BMW includes a five-year/100,000km motorplan and even guarantees the battery for eight years or 100,000km. Should fossil fuels dwindle and clean energy ripen, the BMW i3 will prove how ahead of its time it was – it’s certainly the most futuristic car I’ve ever driven.