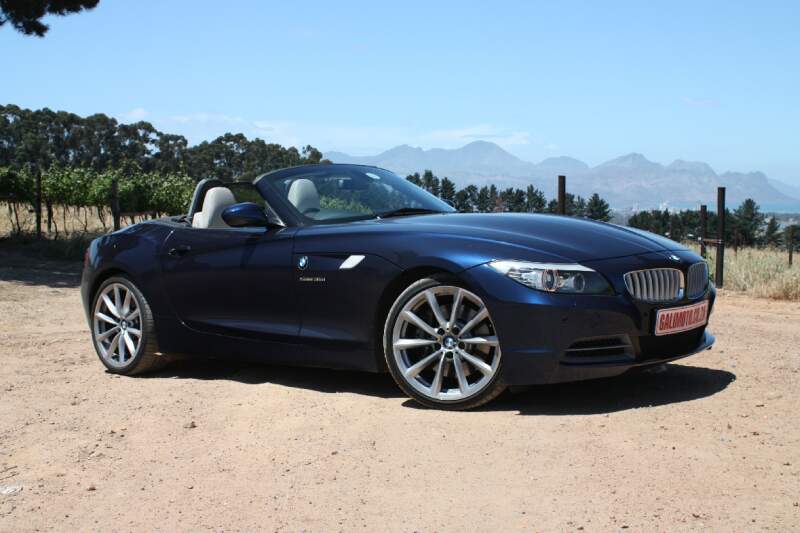 Sometimes you get a second chance; a second chance for success, to say sorry, or with an old flame. When I cautiously dropped into the new BMW Z4 sDrive35i it felt like I was getting a second chance with a beautiful girl; only in my absence she had frequented the gym.

The 3-litre straight-six incarnation of BMW’s attractive Z4 I tested a few months ago was one of my favourite cars, because it is a wonderful drop-top sports car that offers heaps of driving pleasure and looks incredibly beautiful.

The biggest difference between that and my newest test vehicle was the addition of two turbo-chargers under the swoopy bonnet, boosting the six-cylinder’s power from 190 to 225kW. Torque is also boosted to a dizzy 400Nm.

Z4 sDrive35i’s bodywork and interior is identical to the cheaper models, and the double-turbo girl also picked up two big exhaust pipes and more sizable wheels at the gym. Her track-suit was a dark metallic blue with light grey (almost white) and black leather insides. Yummy. The combination was so attractive that I almost bought her a bunch of flowers.

Fräulein Z4 also retained her clever 2-part roof mechanism, which will fold into the boot in about 20 seconds. First the rear windscreen clambers onto the roof, and then the boot opens backwards so that the screen and roof can climb in. Once completed, boot space is more of a joke, but with such an elegant convertible to behold I’m sure most owners won’t complain. I wouldn’t.

Have I already mentioned that the Z4 was designed by a woman? With an exceptional grasp of poise and style, no doubt. Every friend or colleague agreed that the new Z4 is surely one of the prettiest cars on our roads and only the interior fell prey to the odd bit of criticism with its four round ventilation controls and traditional orange BMW dials.

Both these complaints didn’t bother me and I still like the uncomplicated layout of Bee Emm’s instrument clusters. The rest of the cabin follows a similar idea and after a few days you should even get used to the quirky gear lever.

The infamous i-Drive system with its big turny knob and central flip-up monitor is another element of the Z4 that anyone should quickly master. The unit controls radio, navigation, a premium CD sound system, ipod and other (AUX) music players, and telephones with blue teeth.

The steering wheel (with satellite buttons) is small in diameter with a thick rim, and even the smallest movement ends in crisp changes of direction. BMW’s 7-speed double-clutch automatic gearbox can also be controlled via two shift paddles.

The abovementioned gearbox is only available with the twin-turbo motor and has three settings on offer; Normal for everyday commuting, Sport for better feedback from engine and suspension, and Sport Plus (which also deactivated the stability controls) for hairy-chested drivers.

The last setting transforms Z4’s hard suspension to very uncomfortable but sporty standards, and combined with the breath-taking 306 horsepower and lightning-quick gear changes will see the sDrive35i rocket past 100km/h in just over 5 seconds. The only asset that is similarly impressive is the Z4’s braking ability.

Doubtless this is the mode for fast driving, but sub-standard (or slippery) road surfaces without traction control will make most drivers mildly to severely anxious. At least the middle Sport-setting offers electronic safety nets and is a little more agile than the fully automatic Normal mode.

Z4’s “normal” manners are still highly acceptable and thanks to its monumental torque you don’t really have to floor the BMW. In most cases it wouldn’t even be possible, unless you enjoy smashing into other road users or the posted speed limit.

BMW must have been aware of this and the most powerful Z4 reveals the flipside of its sporty character when you cruise along with traffic. The big six send a deep melody through the pipes, especially if you change gears manually at no more than 3000rpm.

The roadster is also quite economical in sixth or seventh gear, but the engine’s sound and performance was too tempting for me to achieve BMW’s claimed consumption average of roughly 10L/100km. I only managed 12.5L/100km and don’t regret it for a second.

The temptation to open the taps was probably the worst aspect of the double-turbo Z4 and its price tag of N$697 000 is exactly N$101 000 more than the (already quick) 3-litre 260hp model. Should you enjoy highly illegal speeds and screaming passengers, the twin-turbo sDrive35i is the car for you. But I would happily recommend the naturally aspirated sDrive30i as well.

Both are full of the latest comfort, entertainment and safety features, they look almost identical and enjoy a 5 year 100 000km maintenance plan; but one of them just came back from the gym.