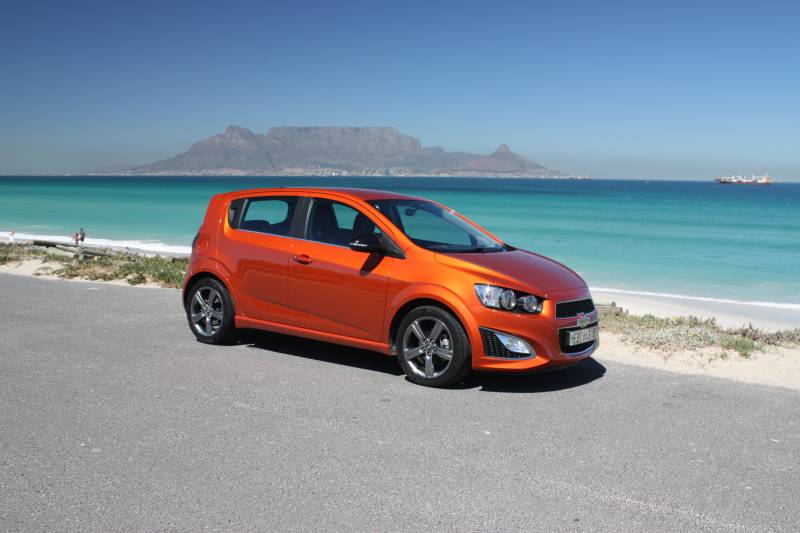 One of the most popular automotive segments in the world and our country is the hot hatchback. You know the type. Medium-sized, two- or four-door runabouts minus a boot plus a whack of horsepower and go-faster bits. Today I’d like to introduce you to the latest arrival, Chevrolet’s Sonic RS.

Before I dive into my review though, you should be aware that the segment has been gradually split into new categories over the years. The smaller, less powerful and usually non-turbocharged cars that used to define this term are now referred to as warm hatchbacks. Pleasing performance, good fun, great price.

Next up would be the golden middle ground which is rightfully still called hot hatches. Forced induction, direct injection, big wheels and exhaust pipes, extra luxuries and creature comforts define the modern version of the segment. Fast, efficient, exciting and slightly expensive but oh-so worth it.

Then we have über hot hatchbacks. This is the result of severe tinkering with engines and drive trains to extract the maximum amount of power and rise to the challenge of competing brands. Think 1M, A45 AMG, Megane RS, RS3, Golf R and Focus RS. Scary fast, quite unruly and dangerous if messed with.

After a week or so behind the wheel of Chevrolet’s new Sonic RS, it is my firm opinion that this frisky little number slots somewhere between the first and middle categories, as its nimble road holding and punchy performance make it either an entry-level hot hatch or a rather warm warm hatch.

Chevy quotes 0-100km/h in 9.5 seconds and our GPS spat out a best time of 9.6, top speed is supposed to be 197km/h but we didn’t test that as it would’ve been quite naughty. Claimed CO2 emissions are 155g/km and average petrol consumption is apparently 6.6L/100km. Apparently.

Our average figure yo-yo’d around 12km/L (8-9L/100km) and so should yours if you buy a Sonic RS. Trying to achieve the claimed consumption figure of a hot hatchback would be like going out with a long-lost friend for just one drink and keeping to just the one. You’re gonna have fun and you’ll happily pay for it.

Something else that’ll make you grin is the RS’ sweet handling. Although shod with 50-profile rubber, the sinister wheels and sportier suspension do a superb job of dancing between an involving ride and pleasing passenger comfort. Push too hard and under-steer or lift-off over-steer is caught by a clever ESP system.

103kW translates to about 140 horsepower and while that doesn’t sound like much, the Sonic RS makes extremely good use of every single horse, plus those 200Nm of torque. Power delivery picks up around 1,500rpm and dies just before 6,000rpm so it’s the lovely mid-range punch you’ll enjoy the most.

As long as the rev counter reads above 1,500rpm, Sonic RS will respond to full throttle with verve. Torque steer is barely noticeable, neither is turbo lag and the six ratios are well stacked to give excellent response in any gear. The big blue LCD Sonic RS speedometer also turned out to be very accurate.

Apart from a rattle near the driver’s A pillar, the interior is well put together and features bespoke items for this model. Bits of soft leather here, red carpet lining there, a set of aluminium pedals, plenty of RS badges peppered around the place and Chevy’s mylink infotainment system to frame the central dashboard.

This 7-inch touch-screen system plays radio, USB, mp3, smartphone and Bluetooth sources through six speakers and can also be controlled via the adjustable sport steering wheel’s audio and voice control buttons. Although lacking a CD/DVD slot or volume knob, the simple operations are quickly learnt.

Other standard kit included in the price of N$225,300 are cruise control, four airbags, ISOFIX anchors, alarm and immobilizer, power windows and mirrors, 5-year/120,000km warranty and 3-year/60,000km service plan. The RS is only available with black interior and a choice of four exterior colours.

The Chevrolet Sonic RS adds some spice to an otherwise sedate range of hatchbacks. The idea was tastefully finished and gives enthusiastic drivers, especially those at altitude, enough grunt to have fun with. Not slow, not scary either but involving enough to feel fast. And for that reason, I absolutely approve.