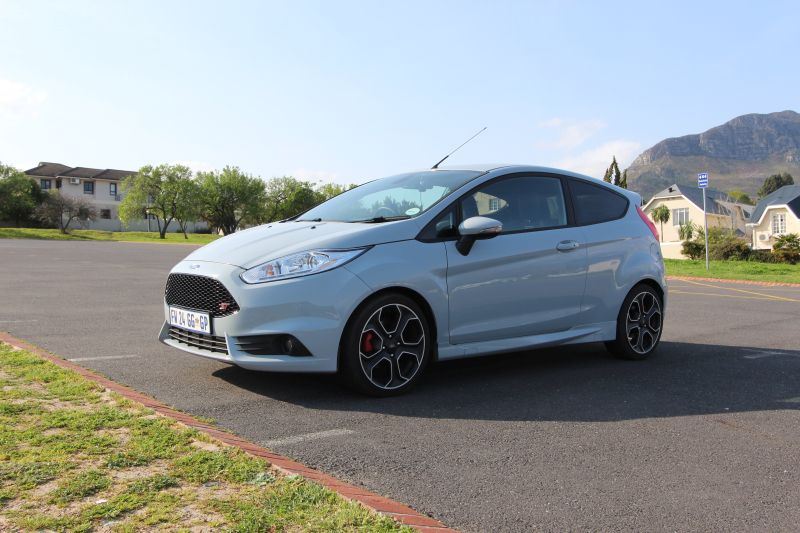 Some things have a reputation that arrives way before the actual object comes into view. In the automotive world, one such car is the Ford Fiesta ST. I was privileged to attend the Fiesta range launch in South Africa a few years ago, then the 1L Ecoboost broke all our Youtube records but the hot ST version always eluded me.

And I blame that squarely on its reputation. The previous Fiesta ST, I am told, was not a terrible hot hatch nor was it disappointing to drive but this recent one had everyone frothing at the mouth with joy. So huge was its appeal that my numerous attempts to get a press car failed miserably; it was completely booked out. 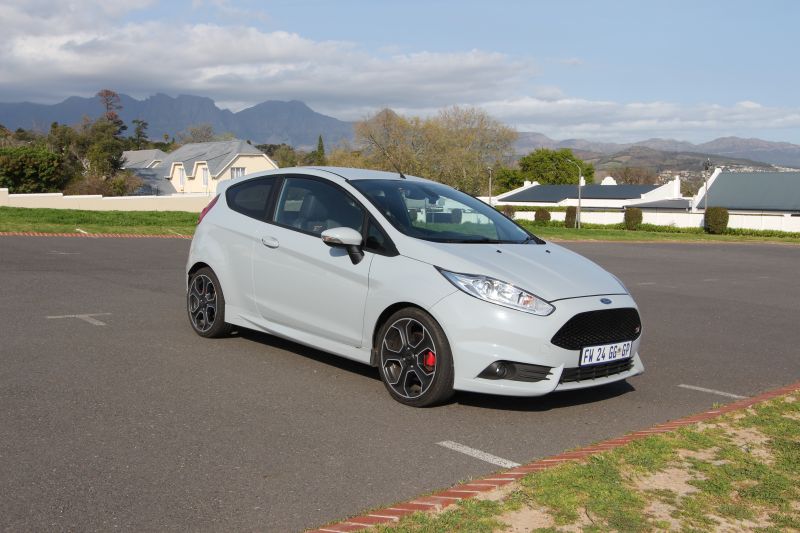 Listening to my peers, they tell of a magic combination which makes the Fiesta ST so special to drive. It’s got (and I’m quoting here in some cases) lots of modern turbo power, a highly responsive chassis, snappy gears, obedient pedals and joyfully communicative steering feel. The Fiesta ST is a winning combination.

The Fiesta ST is a winning combination. 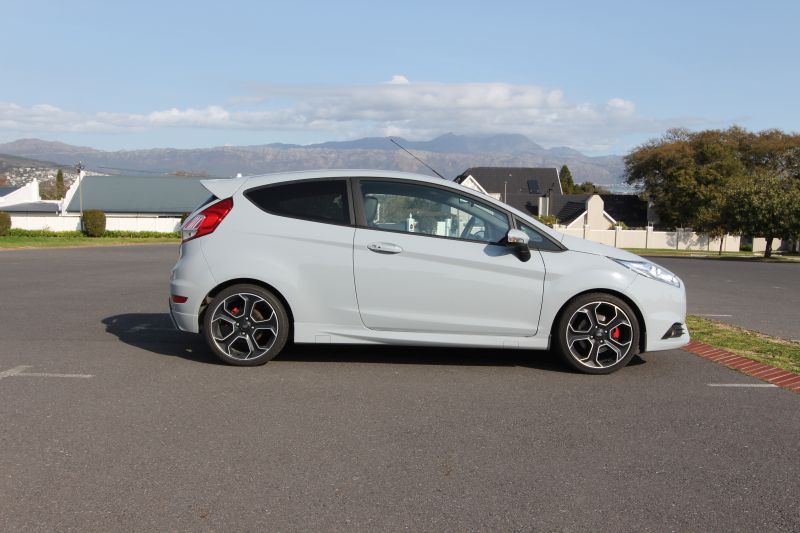 The next generation Fiesta is nearing its starting blocks so Ford gave this present range another jab in the arm by launching a limited-edition ST “200”. Pats on the back for anyone who guessed that number to be its horsepower output and more pats on the back of Ford SA’s Cape Town fleet managers for bringing me one to test. 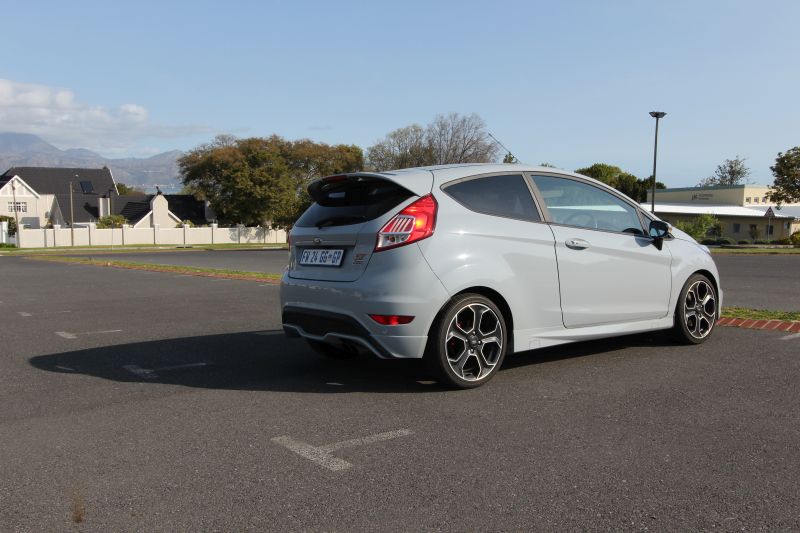 Finally… I got to find out if the ST’s reputation is justified; albeit by its hairy-chested ST200 version. And I’m not going to string you along here, judging by the antics of this powder blue car, I can confirm that it is an absolute hoot to pilot. It has a few drawbacks, but more of those later.

It has a few drawbacks, but more of those later. 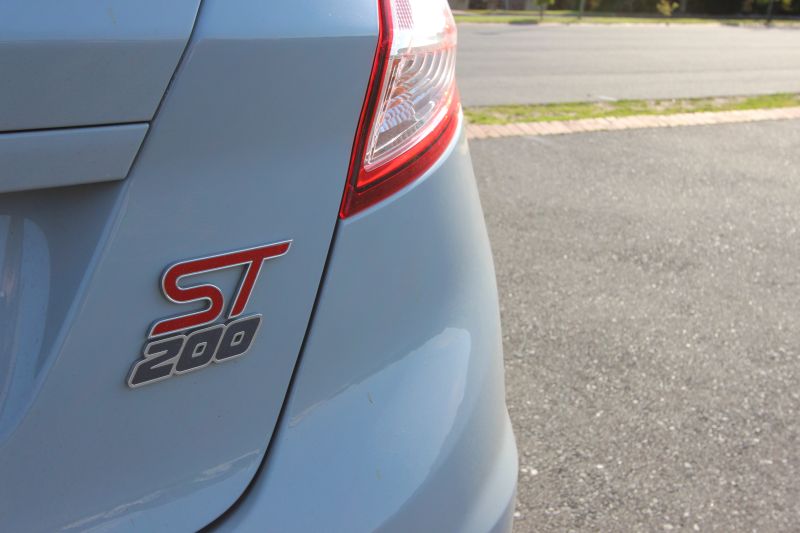 To explain this ST200 version, it will only be made 160 times for the South(ern) African market and the differences to a regular Fiesta ST are, besides about 14,000 bucks, a more aggressive body kit, unique “Storm Grey” colour, matt black 17-inch alloys, red brake calipers and plenty of ST200 badges. 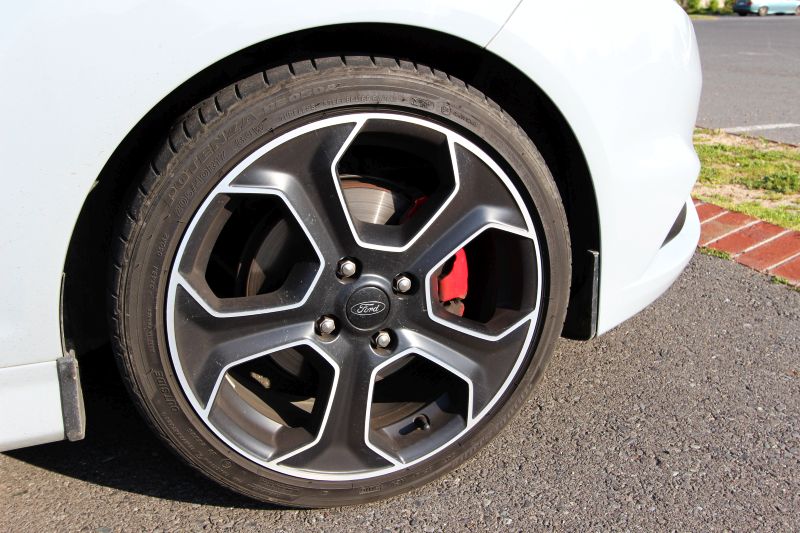 All ST’s can only be had with two doors. 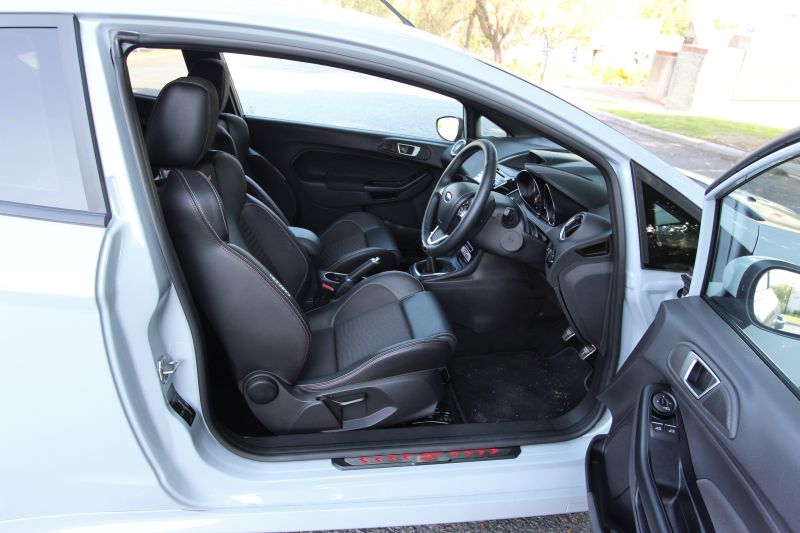 You also get an additional 13kW and a whopping 50Nm from the identical 1.6L turbo-petrol four-cylinder engine. Ford even speaks of a “transient overboost feature” which pumps those numbers up by a further 11kW or 30Nm for up to 20 seconds. Presumably when you’ve got a Polo GTi on your tail? 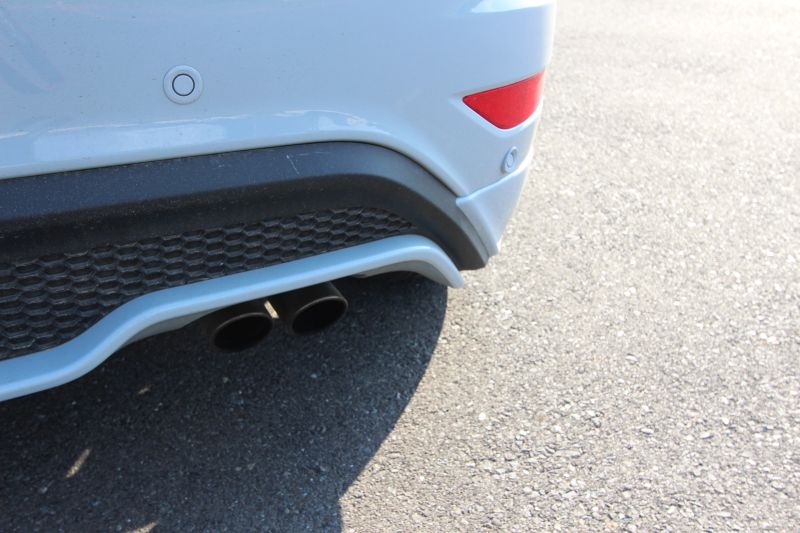 Anyway. The ST200’s suspension has also been fiddled with to the tune of 27% more stiffness at the back, beefed up anti-roll bars at the front and improved impact absorption. That last bit is a lie, surely, unless the normal ST has the absorption quality of a house brick. This car has a wonderfully flat, agile but rock solid ride. 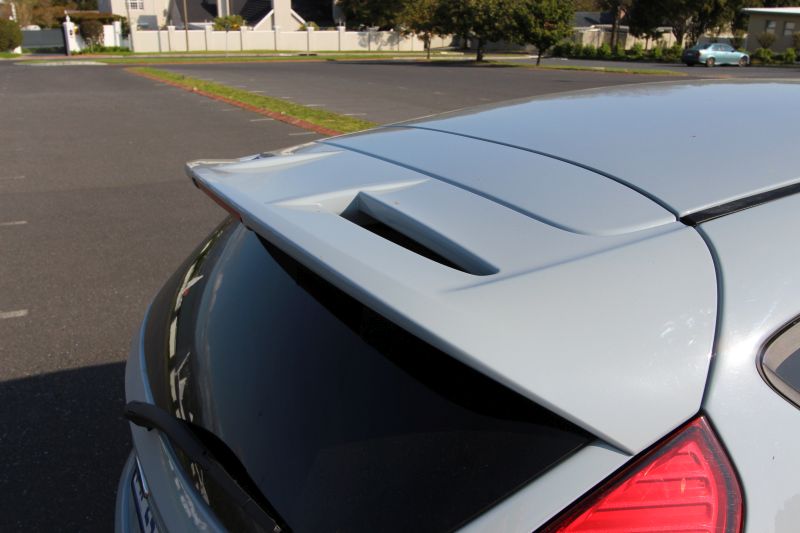 Of the very few criticisms I have, that is the biggest one. By the second day of ST200 ownership, I was displaying a fairly wide grin upon throttle applications but had drastically changed my routes to exclude bumpy surfaces, speed humps, patched tarmac, manhole covers and any chance of acorns or large pebbles. 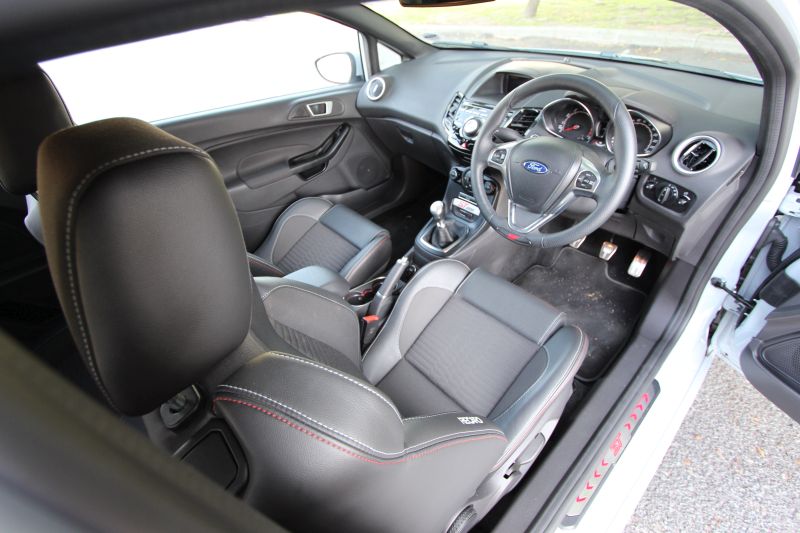 You have been warned. 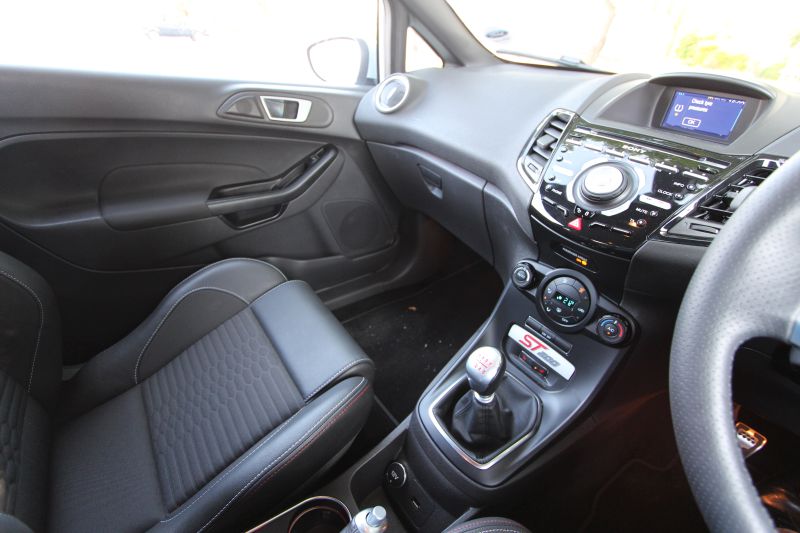 Other quibbles were the large coupé doors, a rattle on the steering column, hard-to-reach seatbelts and umm, kitsch audio system with buckshot button layout. But none of this matters when you plant your foot and/or zip through some corners. The ST200 responds to throttle and steering input like few other hot hatches do. 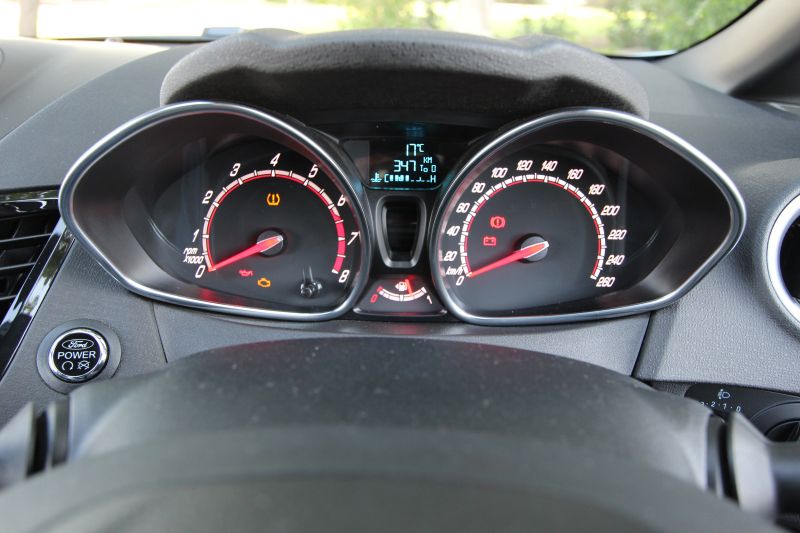 Full bore produces a deep growl from the engine while lifting off produces a distinct turbo pressure dump noise. A lekker whoosh, for lack of a better term. There’s plenty of low-down grunt, surprisingly little torque steer and a decent set of brakes to curb your enthusiasm. 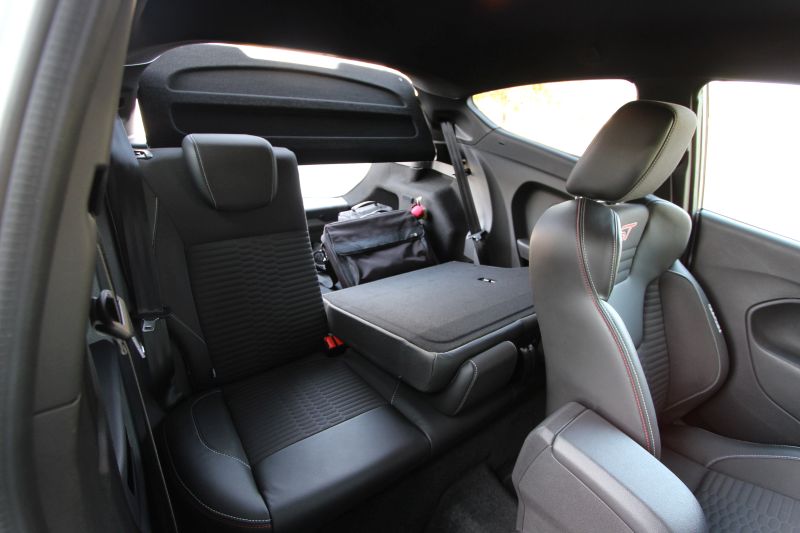 Of course you also get all manner of active and passive safety aids – airbags, traction and stability control, bla, bla. A few highlights for me were the keyless entry and start system as well as the body-hugging Recaro bucket seats with two-stage heating function. 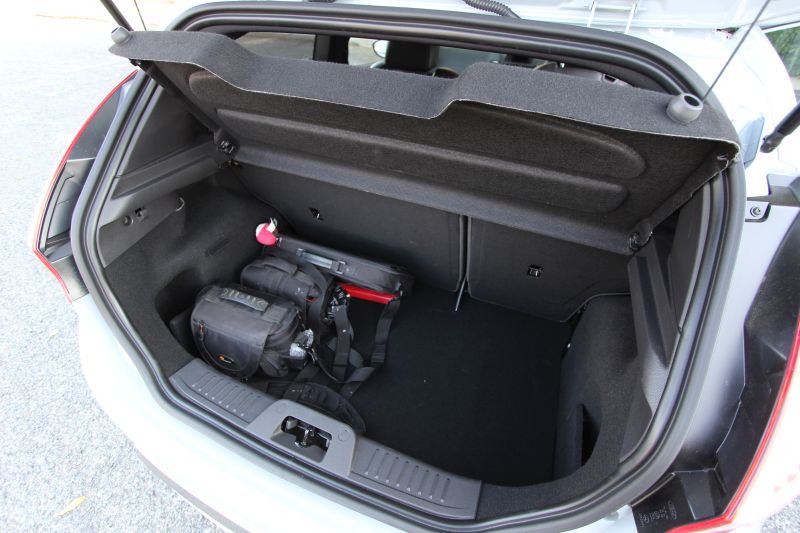 If you’re quick about it, you may be able to pick up a Ford Fiesta ST200 for around N$350,000 but please confirm final pricing (and availability!) with your best dealer. What you don’t need to confirm is the ST’s reputation – it’s a great combination of sporty attributes. 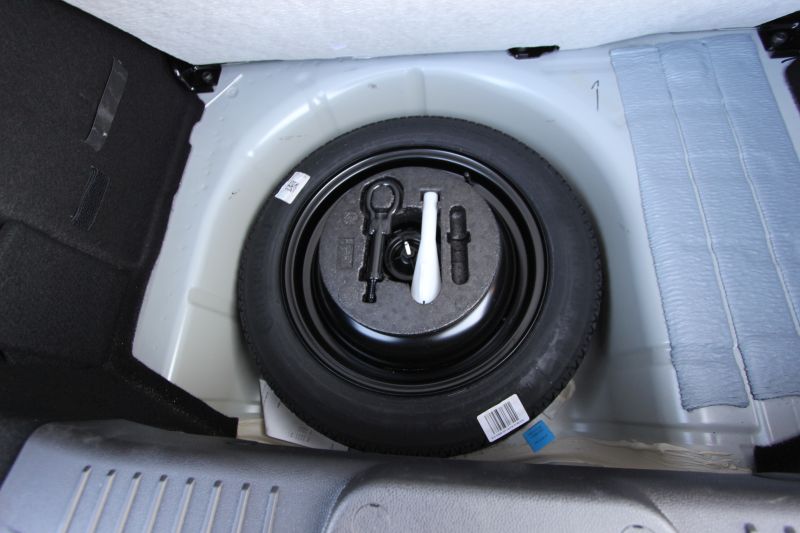