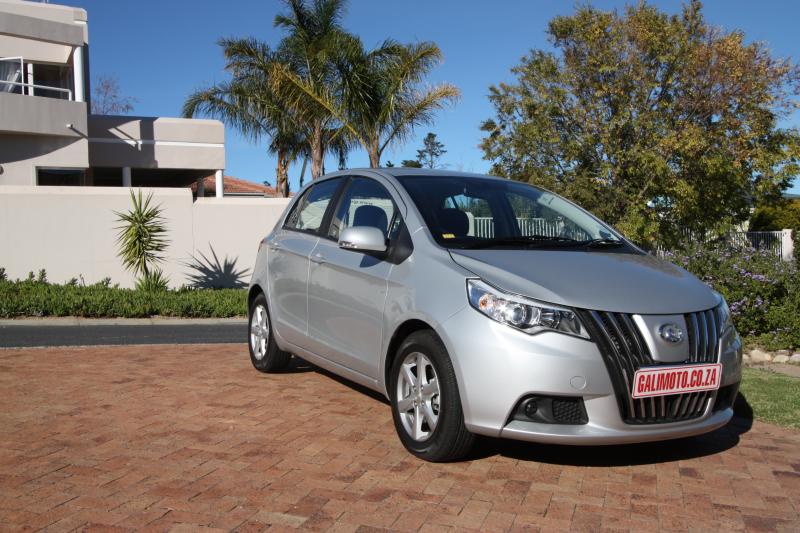 Made in China. Three little words which can strike terror into most shoppers’ hearts. What if I told you that many electronics and consumer goods are made in the people’s republic? And if they’re not produced there, they may be assembled in China. Turn around any Apple product to see what I mean.

You may also be surprised to learn that GWM, Great Wall Motors, has been around since 1976 and has risen into the top ten Chinese automobile manufacturers. And much like the rise of their Japanese neighbours, the rate at which Chinese cars are improving should silence any mocking in the not-too-distant future.

With this prediction in mind I welcomed my first ever Chinese car, the GWM C10 1.5 VVT for testing last week. First impressions were good; the compact hatchback shows old Yaris proportions in its clean and attractive design. While the rear end looks friendly, the mean front with V-grille exudes a bit of aggression.

GWM recently toned this down with a plainer B-grille available on the C10 at the same price of N$139,900. This amount undercuts most of its rivals in this segment and decent specification levels attempt to seal more deals with prospective drivers wanting good value for money.

For your peace of mind, every C10 has four disc brakes with anti-lock (ABS) and emergency force distribution (EBD) features. Driver and passenger each get an airbag. The 60/40 split rear seats fold in many ways and reasonable boot space hides an emergency spare wheel.

Out on the road, the engine showed good response but mild performance – 0-100km/h took 11.2 seconds. We reckon it can be quicker as our test unit only had a few hundred kilometres under its belt. It loosened up a bit towards the end of our test and never struggled to achieve or maintain the posted speed limit.

Driving the Chinese hatchback unearthed a few oddities. The seats have rather hard padding, its steering is also on the firm side and the pedals have very little travel. That doesn’t mean it’s awful to drive – I spent over an hour crawling along in a traffic jam and the C10 didn’t flinch once.

The electric fan and air-con clutch are slightly noisy but the C10 remained cool and composed. Its two combination ventilation knobs aren’t clearly marked but quite attractive, especially when lit at night. The sound system buttons feature huge letters, the display is too dim at times but the unit is simple to operate.

C10’s instruments are clean and simple with two big chrome surrounds, coolant temperature and fuel level are displayed in an equally simple LCD display inside the rev counter. The boot lid needs extra force to close properly but offers an electronic lock for opening. Also, our car’s windscreen water jets were defective.

As a final little treat, I found the C10 to have very lively handling, despite sporting tyres I’d never heard of. Its build quality may not be on par but I’ll happily award GWM’s hatchback 7 out of 10. Not bad. And if you’re worried about longevity, it also comes with a 3-year/100,000km warranty and roadside assistance.