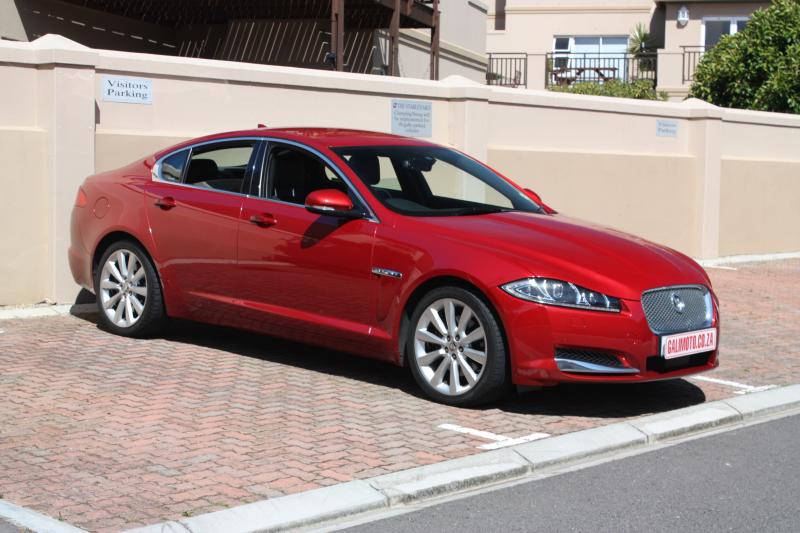 You find me here with a bowed head and the proverbial hat in my hands. The reason I’m clutching on to the rim of that great remorseful symbol is because I owe you, dear reader, an apology. The same goes for everyone in the employ of Jaguar or ZF; I’m sorry for what I wrote about the XF 2-litre turbo-petrol.

I’m not one to make excuses and I hate people who don’t take responsibility for their actions but I do need to clarify how this all came about. A few months ago we received a crimson metallic Jaguar XF 2-litre turbo-petrol press car which was absolutely awful to drive. Jerky, unpredictable, rough – very un-Jaguar-ish.

My impressions were mirrored by the fine feelings of our female scribe who confirmed that the red Jag was terribly erratic in its response and had a crude, indecisive gearbox. What made this very peculiar was that the unit in question, ZF’s celebrated eight-speed auto, has impressed us no end in every other car we found it in.

A few weeks after the dreadful car left and my damning report was published, I chatted to a good friend and fellow motoring journalist about test cars – yes, most of us can only talk wheels – when the 2-litre Jag came up and I regurgitated all the hateful slander contained in said review.

Shock and awe filled the room.

Jerky, rough and indecisive shouldn’t come within ten pages of a Jaguar XF review, my friend alleged, telling me of the smoothness and eager precision he encountered in this vehicle. That’s when it dawned on me that there must’ve been something wrong with the car at the time we tested it.

A few calls and sheepish enquiries later, I got permission for a revisit of the exact same vehicle which brings us to the present moment. After a week of driving the previously accused, I can now confirm that the car is absolutely wonderful and all my negative comments were completely unfounded.

Before you jump to the conclusion that Jaguars are unreliable beasts, I have to point out that test cars tend to lead a hard life and random failures happen to other brands too; even the ones you don’t expect it of. My own cars also had hiccups; moody mass airflow sensors, loose pipes and such like can wreak havoc on anything.

What you need to know is this:

Where before the 177kW (241hp) engine was lethargic and the gearbox was utterly hopeless, this time around the Jaguar XF 2-litre turbo-petrol was a symphony of modern four-cylinder turbo power, masses of torque and deliciously smooth eight-speed automated gear shifts.

The top two or three ratios can be a bit tall when the motorway goes uphill but the previously lacking torque and gunshot down-shifts have been replaced by reasonable grunt and silky gear transitions. The only hesitation we found in the gearbox was when going from little to full throttle – it takes a second to find the right cog.

Yet again I have to stress that it’s nowhere near the previously frustrating power gaps and gear jerks. In fact, you can pre-load the gearbox in Sport or manual mode and even turn the XF 2-litre into a semi-naughty sports saloon.

Our performance testing also highlighted the drastic improvement we felt.

All this newfound responsiveness even made us get up at stupid o’clock and throw the XF around a mountain pass, where it exhibited fantastic grip and a wonderfully even power delivery. Torque rises to maximum at 2,000rpm, power peaks at 5,500rpm and the engine will reach its redline in a lovely, linear fashion.

The motor has a slightly lumpy cold-start idle but otherwise doesn’t put a piston wrong. That gearbox, that amazing gearbox, has also vindicated itself and gets my renewed and highest praise. And as for the Jaguar XF, it still is one of my favourites and a car whose gorgeous metal I wouldn’t mind parking in my garage.

It may be getting on in years but it’s just so beautiful and elegant.

Affordable and diverse too, with prices from N$535,000 to N$615,000 for the four cylinder models, the range continues with V6 petrols and diesels around N$750,000 right up to the supercharged V8 R and RS models at a million bucks plus.

Those last two are decidedly angry cats and obviously have a harder ride but all other XF’s are what a Jaguar should be. Quiet, comfortable and composed. Even the “base spec” cars have leather trim, electric everything, keyless entry, pulsating starter button, sci-fi gear lever and animated air vents.

Go for the 2.2-litre turbo-diesel if you want hilariously good fuel consumption and where before I advised you to stay clear of this 2-litre turbo-petrol model, I can now highly recommend it to anyone looking for a medium-sized executive saloon with a perky engine and brilliant gearbox.