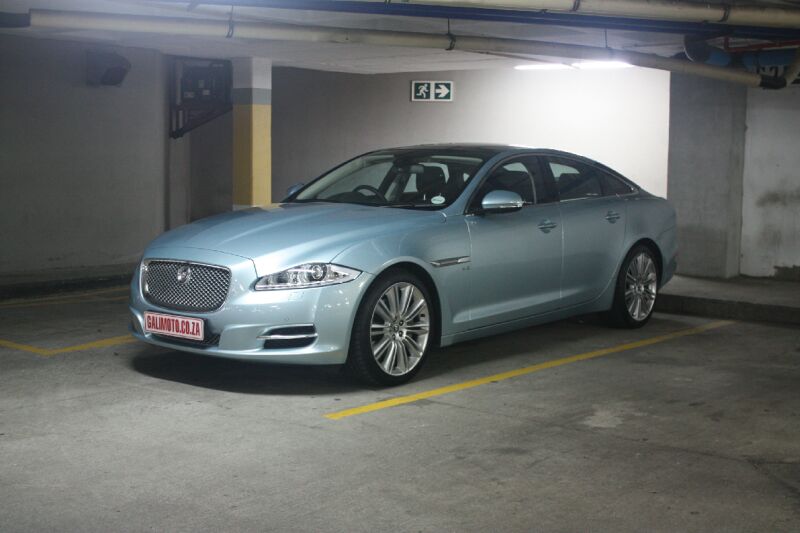 After getting my knickers in a twist about the 2-litre turbo-charged Jaguar XF we tested recently, it seems appropriate that its bigger XJ brother restored the family honour this week. I’ve tested two XJ’s before, a turbo-diesel V6 and petrol V8, this new supercharged V6 petrol replacing the latter model.

No matter how much I love a naturally-aspirated V8, no matter how many poems or odes I write in its honour, their days are numbered as manufacturers increasingly replace self-breathing engines (not just V8’s) with smaller, lighter, more efficient force-fed motors.

Jaguar is a perfect example as they don’t make a single car without assisted engine breathing, another pleasant upside of this being that power loss at higher altitudes is kept to a minimum. And with a body weighing at least 1,750kg, the flagship XJ will take all the assistance it can get.

You see, Jaguar rejuvenated the XJ nameplate in 2009 when the car you see in front of you more-or-less shocked the world. Gone were the stodgy hallmarks and compact designs, replaced by more heft and flamboyance in a striking body with crisp, modern gadgets and details.

The car’s elongated rear end took a few beatings and although I was also armed with a stick, I will admit that it does look more agreeable in the flesh. Ian Callum penned proportions which may seem ungainly to some but have certainly become a unique and distinguishing feature of the biggest cat.

They also endow the XJ with its stately leg-room and boot space while its sleek and low window-line is beautifully terminated by those signature rear light claws. Available in Premium Luxury or Portfolio, the biggest Jaguar with all its opulent fittings and decadent luxury feels like a low-riding, 4×2 Range Rover.

Although the sister companies do share components, they aren’t foolish enough to do so blatantly and the XJ never gives the impression that it’s relying upon another’s spoils. The cabin is a cocoon of thick leather, soft carpeting, crisp displays, delicate silver highlights and a beautiful swoop of wood.

The Jaguar / Land-Rover infotainment touch-screen is customised for this range and has swallowed a sufficient amount of controls to make the rest of the beautiful dashboard a clean, uncluttered affair. Instrumentation is fully digital, the gear selector is an event while the clock is completely kitsch and illegible.

That is the only criticism I could come up with an entire week’s worth of driving. Everything else feels luxurious, sturdy and elegant. I even submitted our XJ 3.0 Supercharged to my own Jaguar test where I tried to hold a whispered conversation at an indicated 150km/h. The car passed with flying colours.

Driving a Jaguar XJ feels as special as it should, a luxurious privilege underpinned with modern technology and power. And the more I drove this 250kW (340hp), eight-speed auto leviathan, the more special and privileged I felt. I would even advocate this one as the best in the range.

Sure, the supercharged V8 will be way more exciting and the turbo-Diesel V6 more economical but the soft six-cylinder thrum and occasional supercharger buzz just seemed so apt; so Jaguar. Gear changes are almost undetectable and with 450Nm of torque you need never redline the motor.

Should you do so, the XJ 3.0 will whoosh past 100km/h in 5.9 seconds (we achieved 6.0) and eventually settle into an electronically limited, 250km/h cruise. Average consumption should hover around 10L/100km from an 82L tank making its theoretical range about 800km, if you behave yourself.

At a smidgen over 1 million Rand I’ll leave that up to you but I did find this XJ to have enough poke and handling abilities (Sport mode, shift paddles, ESP, etc.) to gracefully dance around some corners. The big wheels provide big grip but also minor jolts at low speeds – never on a nasty level though.

Which is probably a good way to sum up this car. It is completely devoid of nastiness and appears to rob its driver, other road users and observers of the same. It’s smooth and sophisticated.