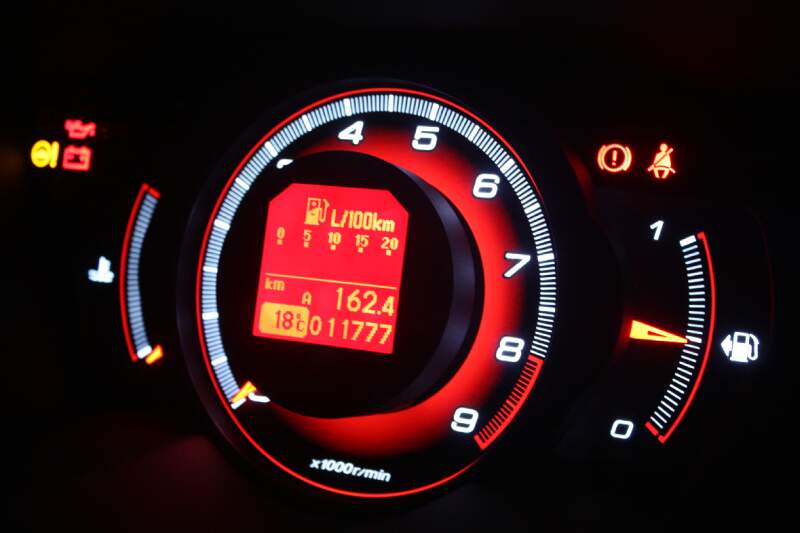 I’ll let you into a little secret. There’s a get-out-of-jail-free card which I will allow any car to pull no matter how terrible it may be. It’s not red paint, it’s not Xenon lights, nor is it a gigantic sound system or two-tone sports seats. Those do count for something but they can’t compete with high revs.

You read correctly. High revs, the ability of the car’s engine to speed beyond the accepted norm of revolutions, turn faster than 6,000 or even 7,000rpm and start wailing or shrieking like a motorbike or race car. Nothing gives me more pleasure than getting into a car and finding the red-zone starts after seven.

Automatically, this excludes all Diesel engines with their high compression but a recent test of the BMW X5 M50d showcased that a rev-happy Turbo-Diesel is very much possible. Unfortunately, Turbo-Petrol engines shy away from stratospheric revs as well, which leaves us with a few naturally-aspirated champions.

Just like bulky five cylinders (or sixes, for that matter), the high-revving petrol engine appears to be packing its bags. Ferrari and other exotics will hopefully continue in small numbers but the mass-produced screamer may very well be consigned to the history books in the near future.

For this reason, we think you should try to own or drive at least a few of these vehicles: 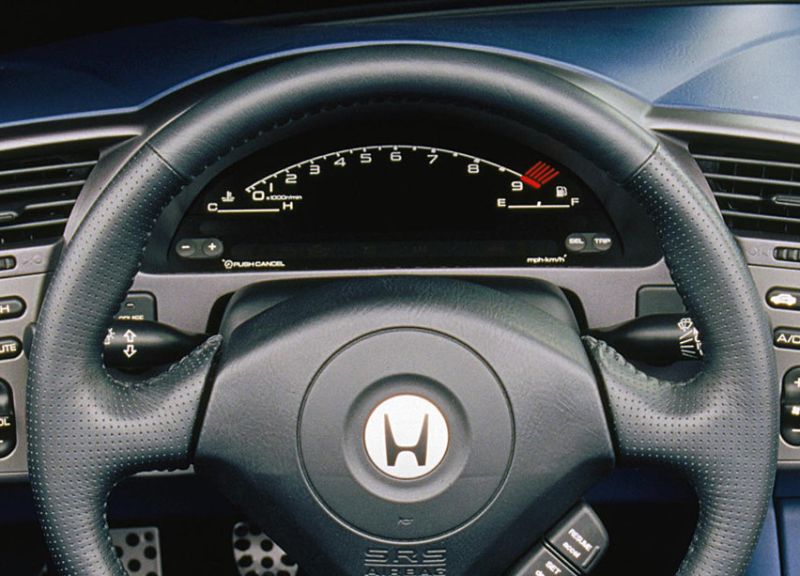 I didn’t want to do this list alphabetically or even save the best for last. I’m putting the best first. Honda broke new records with the S2000’s 2-litre four-cylinder engine which developed 240hp and could screech all the way to 9,000rpm. That made it the first naturally-aspirated car to hit 120hp per litre.

Some models were de-tuned for certain markets but luckily we got the full-fat version in Southern Africa. 2004 saw a few major upgrades to the S2000, most notably an electronic stability system. The older ones are still worth a look but will demand a little more respect when driven aggressively.

Honda’s reliability and low-volume sales dictate S2000’s second-hand values – which are astronomical. Try to avoid heavily modified versions and don’t even bother with examples that haven’t been religiously serviced. A lot of things can go wrong when worn parts and oil get to nine thousand rpm’s.

And before we forget: all Honda S2000’s only have two seats, a digital instrument cluster, wrap-around dashboard with strange layout, electric power steering, a limited-slip diff and the world’s greatest gearbox. This closely-stacked 6-speed manual is controlled by a tiny lever with no more than a few centimetres of movement. 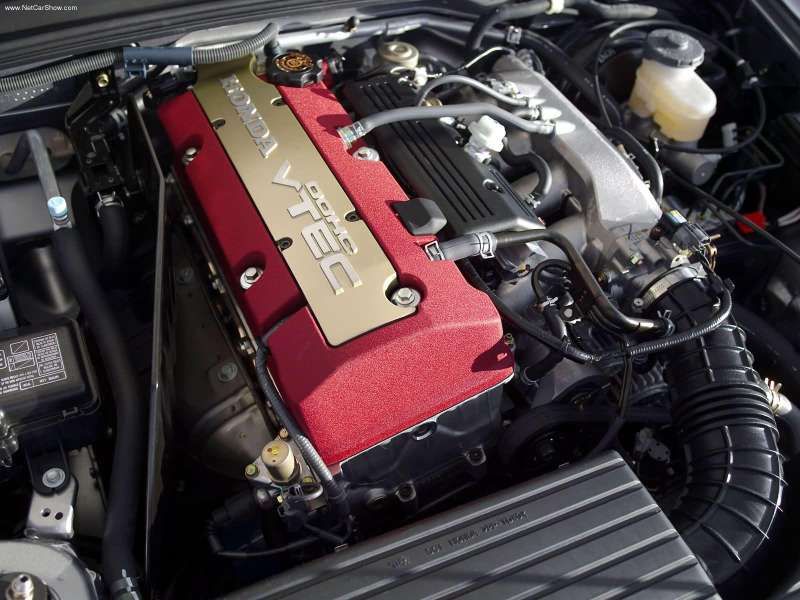 Just like BMW, Audi seems to think that their cars are too precious for us to test. AMG, on the other hand…

BMW’s first M3 to hit SA shores was the E36 variant which first came as a coupe with a 3-litre straight six capable of just over 7,000rpm. This glorious engine was increased to 3.2 litres when the M3 became a four-door sedan. Both models enjoy a cult following and you’ll pay good money for a clean one these days. 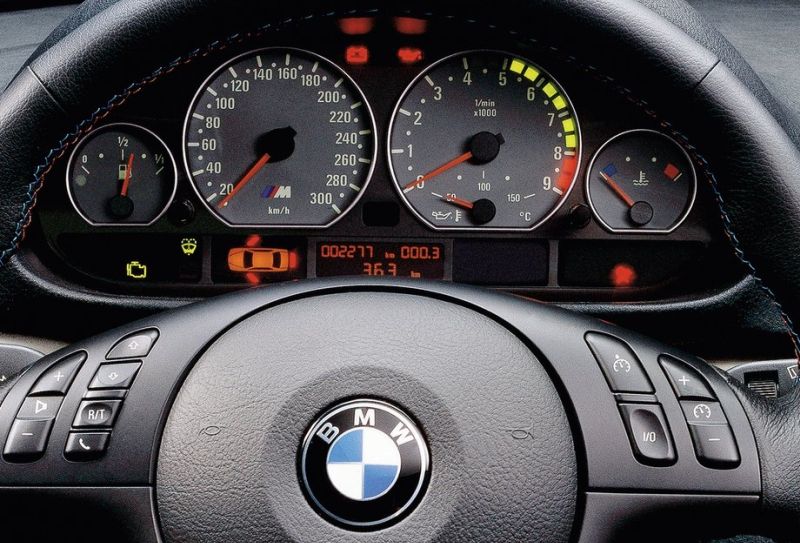 The next M3 to terrorise our shores was the E46 coupe with a more powerful 3.2-litre six cylinder that would spread its metallic howl up to and beyond 8,000rpm. The E46 was also available as a convertible and could be ordered with BMW’s sequential manual gearbox (SMG). 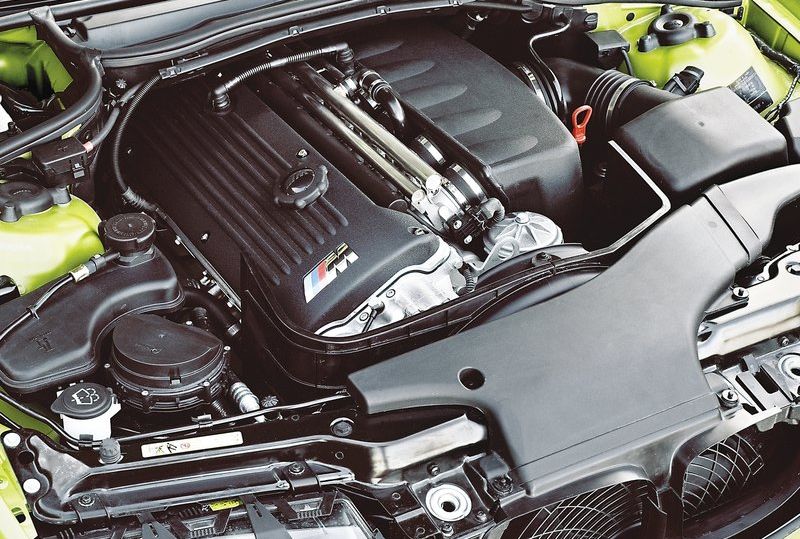 In 2007, the next M3 coupe made its debut and was followed a year later by the four-door version. Power came from a 4-litre V8 which easily hammers and howls past the 8,000rpm mark. Our only criticism of this amazing car (and all other M cars, for that matter) is that BMW South Africa never gave us one to test. 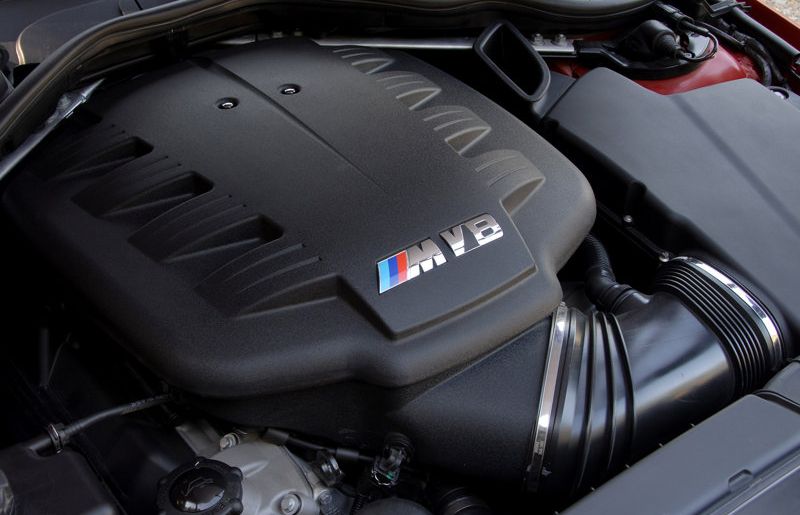 This BMW M5 barely made our list because, once warmed up, it doesn’t get very far beyond 7k on its adaptive rev counter. It’s one of the heroes of our collective youth though, a high-revving, high-compression petrol V8 with eight throttle bodies and four exhaust pipes. 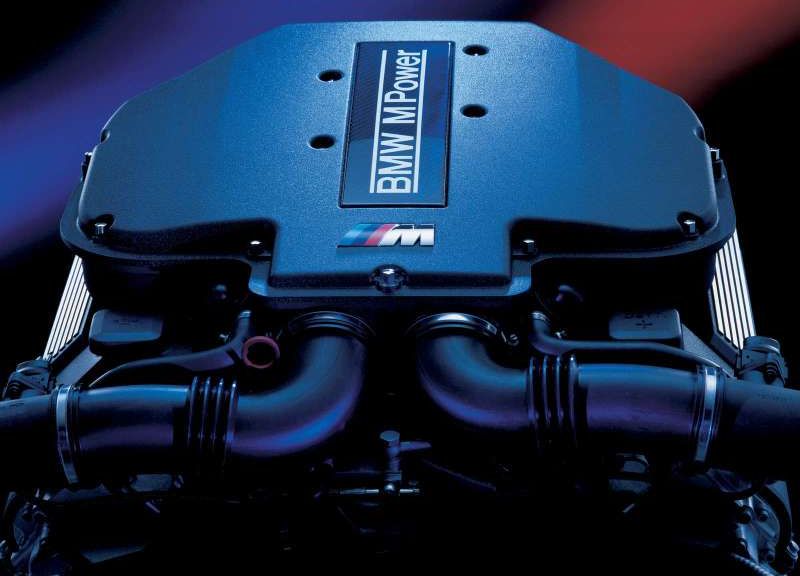 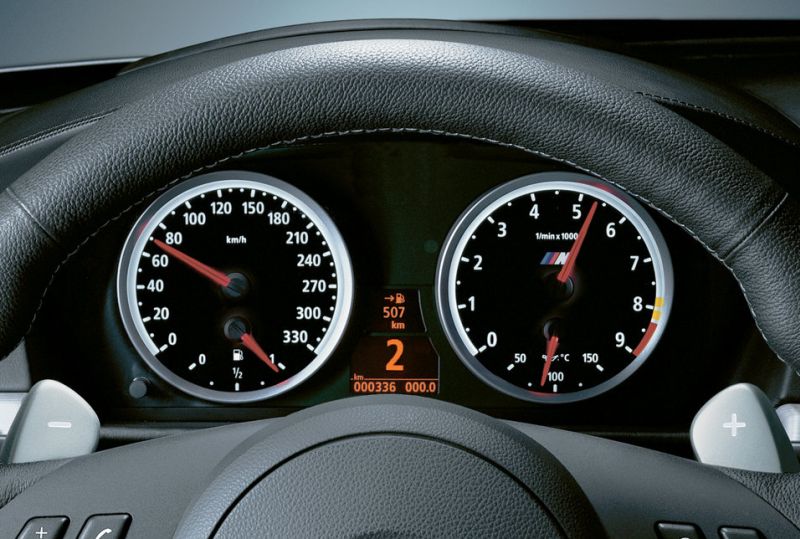 NOW we’re talking. Way more cylinders than necessary, even higher compression and two extra throttle bodies to feed the whole lot – this was surely the noisiest, craziest and most exciting M5 engine. The short-stroke V10 could surpass eight thousand rpm and made sure anyone within earshot noticed. 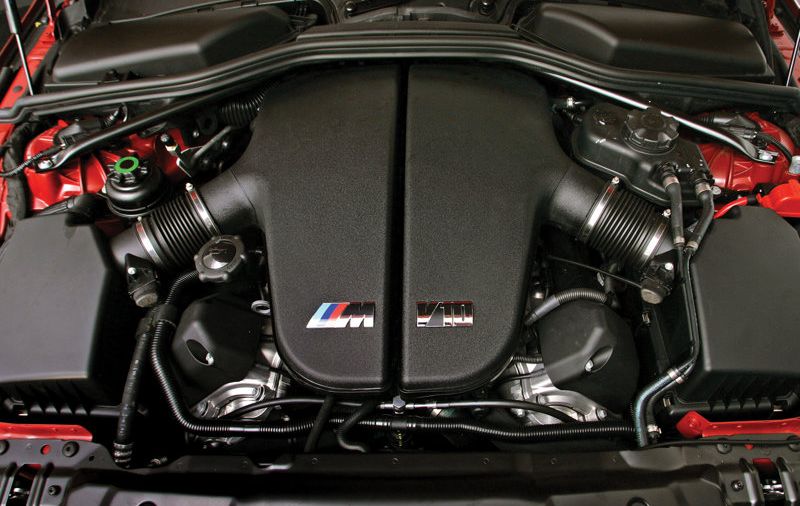 You may have noticed that the new / current M5 does not feature on this list. It may deserve a lot of respect for its amazing power and speed but we feel that it fails to make this list for a few good reasons. Here goes: 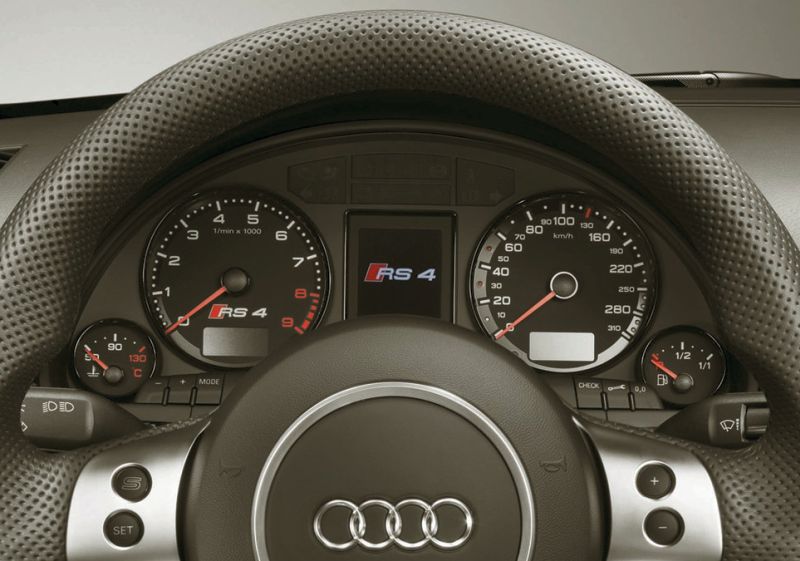 So you want a high-revving German V8 but don’t fancy a blue propeller badge on your bonnet? Audi can help with their incredible 4.2-litre V8 which did duty in all RS4’s, RS5’s and the entry-level R8. Like BMW’s equivalent V8, this is one of our all-time favourite engines. 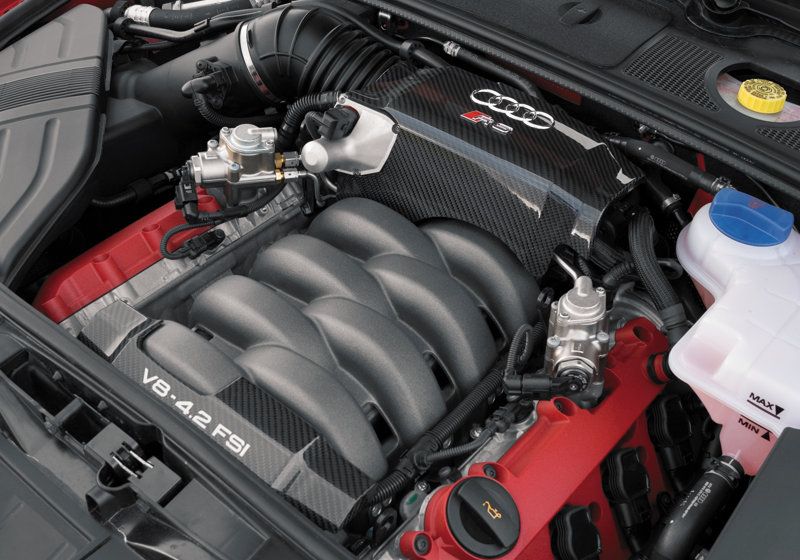 Our only exposure to this amazing engine was in an early R8. Unfortunately it was with that strange self-shifting gearbox and while we appreciate the Lamborghini V10 that now powers every Audi R8, we feel that it only belongs to Lamborghini; and should be used exclusively in their cars. Why make an Audi copy?

The yodelling Audi V8 made a strong case for itself, never mind that its cylinder count matched the car’s name or model number. With the manual gearbox and its beautifully machined shift gate, it’s the original and best R8. Just like BMW, Audi seems to think that their cars are too precious for us to test. AMG, on the other hand… 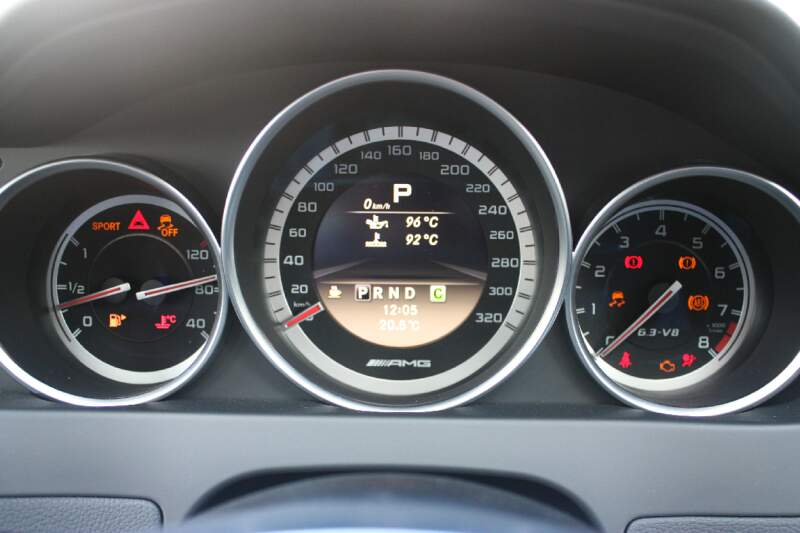 The crazy chaps from Affalterbach (or at least, their local press fleet managers) were all too happy to lend us some of those swivel-eyed V8 monsters. That way, we got experience everything from an SLK55 to the tar-destroying S65, but for any rev-hungry readers the C63 sedan we tested will be of most interest.

It’s a strange but intoxicating mixture, that 6.2-liter V8 which somehow carries 6.3 badges. With two throttle bodies (one for each cylinder bank) feeding eight high-compression cylinders, the growling motor provides decent low-down torque and mid-range shove… but loves being hammered to its 7,200rpm redline. 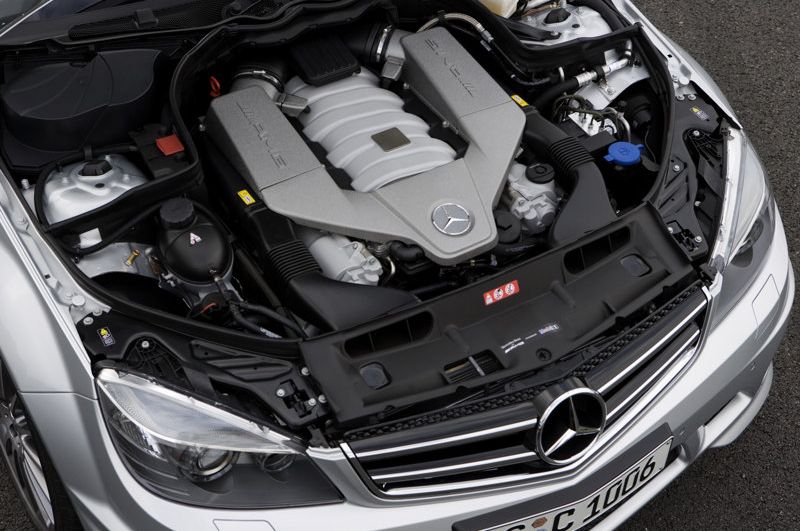 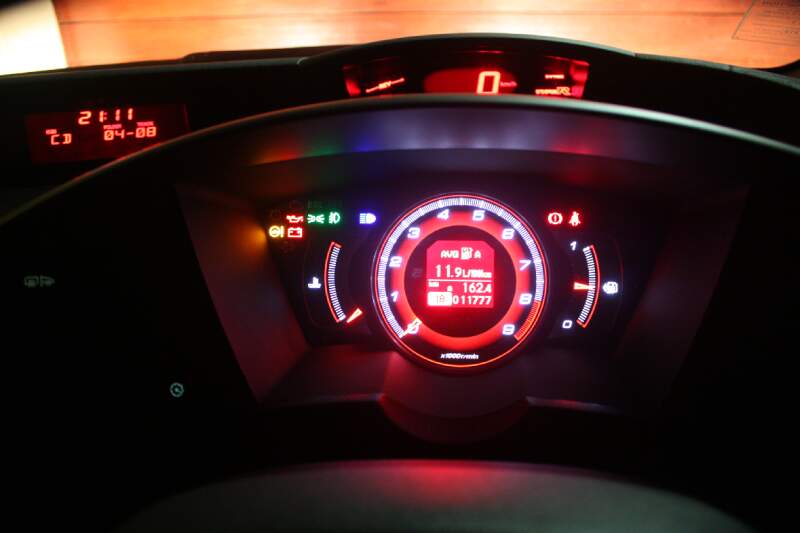 We’re talking about the previous and strange, space-ship Civic Type R which was the last one to carry the torch of Honda’s high-revving engines. Although a full review of the new Type R revealed a spritely turbo motor capable of 7,000rpm, it doesn’t even come close to the old one’s manic power plant.

The reasons for this are straight out of BMW’s M handbook – individual throttle bodies (one per cylinder), high-performance innards and a rather lofty compression ratio. The resulting wails, howls and hammering to 8,000rpm still haunt our dreams – and even compensate for the lack of torque or power loss at altitude. 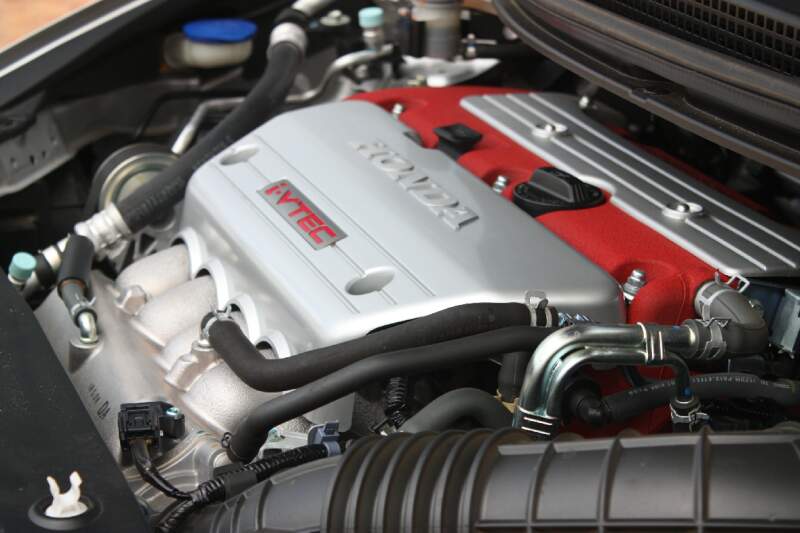 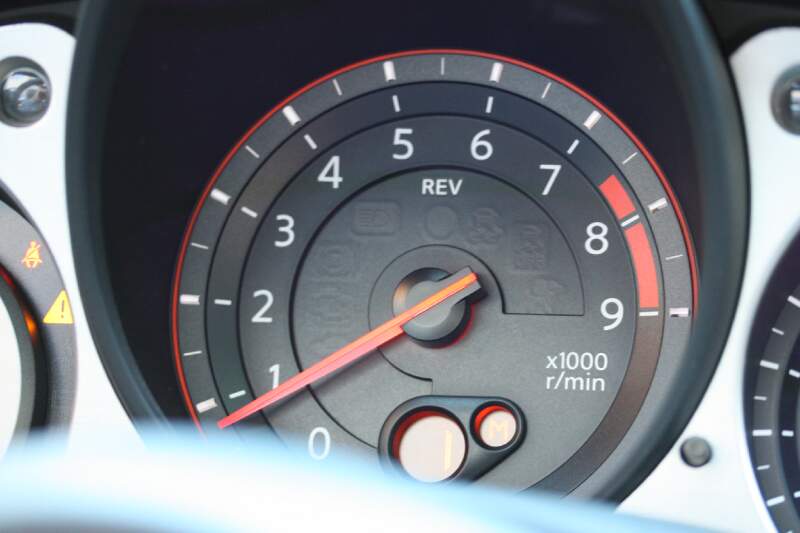 This one came out of nowhere as we had no previous experience with Nissan Z cars and the silver 370Z Coupé we tested rocked up with its centrally-mounted rev counter and shift light. That flashing red device only activates at 6,500rpm (and stays on after 7,000rpm) to announce the imminent arrival of its rev limiter.

Some say that the V6 doesn’t sound particularly sporty but I think it sounds unique and quite fizzy – even more so when you employ the manual gearbox and its rev-matching wizardry. It’s a hard and taxing car to drive but we enjoyed it way more than the boring automatic convertible version we tested a few years later. 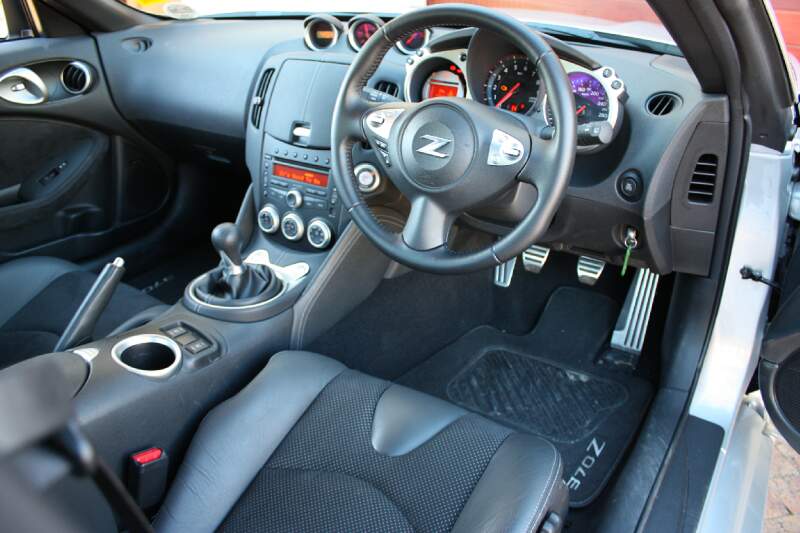 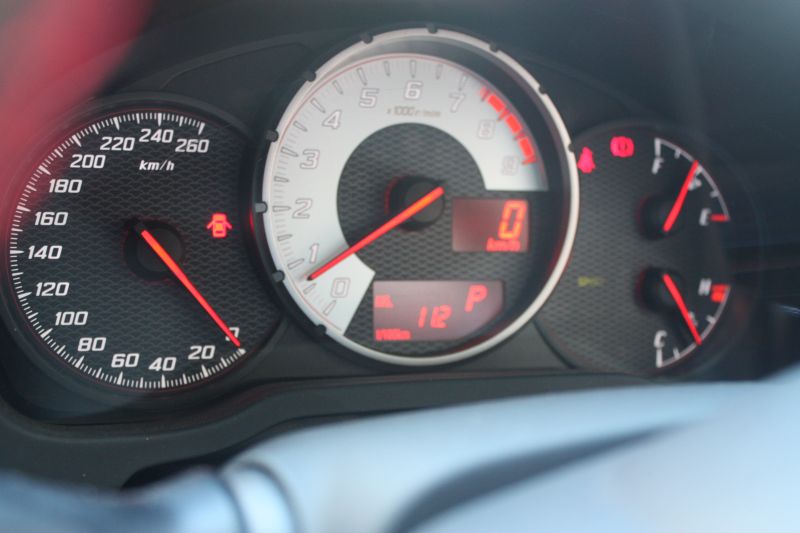 The Toyota 86, no sorry, GT86, ag, I mean Subaru BRZ is a very weird car. Good looking and decent to drive as long as you stick to the school of Nissan 370Z thinking – stay far away from the automatic! Apparently its square Boxer engine comes from Subaru but my only test of an ’86 left me cold.

With such high compression and great pedigree I expected way more from this motor, especially when compared to something like Honda’s 2-litre engines. The only thing Subaru / Toyota managed to duplicate was the high-revving torque figure – of which there isn’t much to write about either. 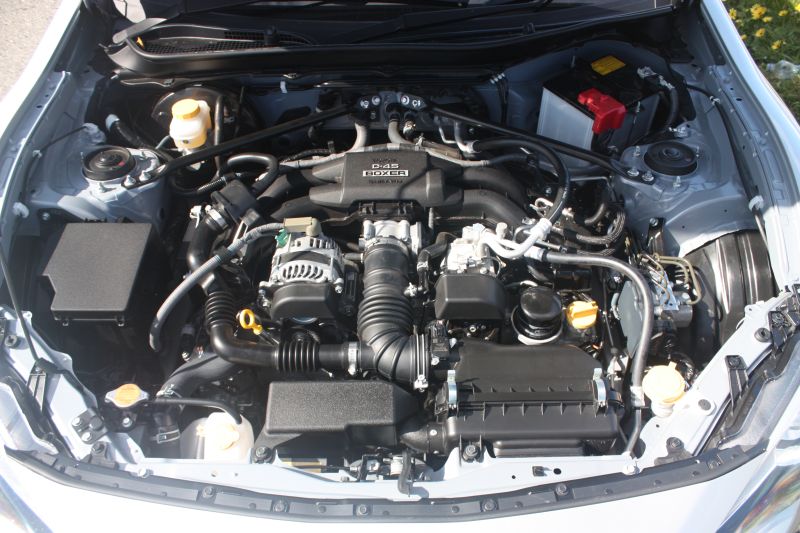 From these figures it is abundantly clear that high-revving engines produce the bulk of their power and comparatively little torque near the top of their operating ceiling. That is obviously the whole point of the exercise, to extract more power from an engine by allowing it to achieve higher speeds.

In theory, most petrol engines could achieve a few thousand more rpm’s but not very often without disintegrating. Manufacturing a motor which can achieve and sustain high revolutions requires more precise engineering and tougher components than a run-of-the-mill engine.

The downside of a rev-happy machine is increased fuel consumption and comparatively pathetic torque – a twisting power which is produced at low to medium rpm’s. In most cases, the thoroughbred engineering also requires additional and more expensive servicing.

For this reason, it is imperative that these cars are maintained properly and you should look for that when purchasing one. For more information, why not chat to your nearest dealer about servicing costs and known issues of the car you may be interested in?