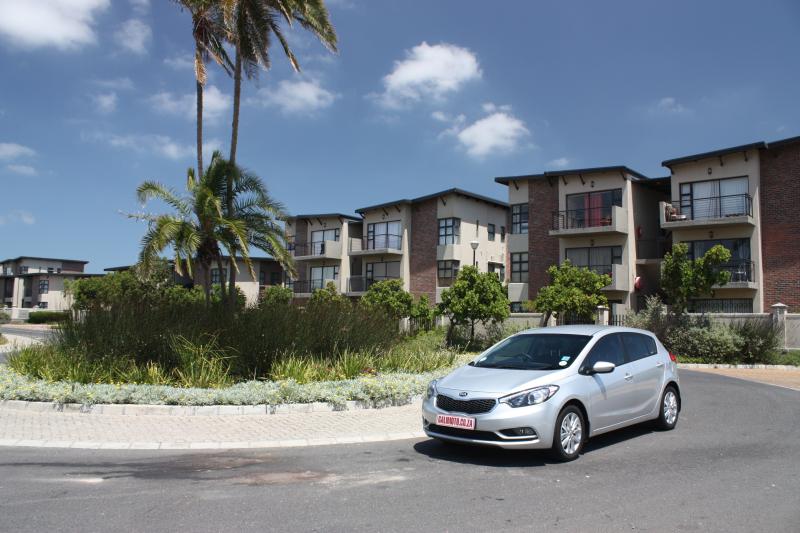 I’m really struggling to find an angle for this review of Kia’s new Cerato hatchback, come up with something I haven’t voiced before. Much improved quality, vastly better designs, great specs, blah blah fishpaste. So perhaps I’ll just string together some impressions from our test.

For starters, the Cerato hatch was a surprise test car and who doesn’t love surprises. The office had booked a whole string of cars back-to-back (as you do) when the big red phone rang and a friendly young man asked if we had space to fit in this silver Cerato. Not wanting to be rude, we immediately accepted.

Not long afterwards, two jolly gents dropped the car off. First impressions were extremely short as we simply drove it around the corner and tucked it away until our driver schedule was reshuffled. I was the first to pick up the keys a day later and take the Cerato for its mandatory photo shoot.

Being a lovely sunny day (as you can see) I slowly circled the Kia a few times to drink in its design. Ex-Audi designer Peter Schreyer was exactly what the company needed and the Korean car has a unique style which is only mirrored by others from the same factory.

The trademark tiger nose grille frames two modern and busy headlights – in fact, much of the car has a lot of design going on. Creases along the profile lend it some fluidity; the rising window line ensures a sporty stance, while swooping gills around the front fog-lights and a rear bumper diffuser-look give it attitude.

More circling was required. The Cerato has enough looks and detailing to keep an enthusiastic new owner smiling when s/he walks towards it in the morning but it isn’t wild or zany enough to polarize opinions or scare away conservative buyers. It can appeal to everyone and that’s a brilliant attribute.

One could say the same thing about its interior which is a clever mix of boring ergonomics and cool features. Bright red displays, subtle chrome details, wavy textures and crisp white back-light decorate a sea of fabric and plastics which should please the newbie owner just as much as Granddad.

A few big trips and drivers down the road, we can confirm that there are no nasty surprises waiting for you; a Kia Cerato is easy to operate with its sound system (radio/CD/mp3/ipod/USB, 6 speakers) offering some gadget time. All controls are light to operate, easy to fathom and this Cerato was delightfully simple to drive.

Its 1.6-litre four cylinder petrol engine doesn’t produce fireworks but it has sufficient grunt (129 horsepower) to reach 100km/h in about 10 seconds and keep going to a respectable 200km/h. Variable valve timing and 157Nm of torque help the car along at lower revs and while cruising to the airport.

Although fitted with anti-lock brakes (ABS) and emergency brake-force distribution, this entry-level model doesn’t have stability management or hill start assist. Considering its mild performance and commuting clientele, the absent ESP system should only be noticed in extreme driving or severe swerving.

Obviously we had to try it for ourselves. When pushed hard, its basic rear suspension eventually throws in the towel. However – stick to the speed limits and the 16-inch alloys with 205/55 rubber provide all the grip and comfort you could want; and that rear end will only protest under heavy loads.

If you’re the sort of person who likes to get to Point B quicker, then a 2-litre Cerato (118kW/194Nm) will do better. This engine is also available in EX trim or the fancier SX trim, all available with a choice of six-speed automatic or manual transmissions and your pick of ten modern colours.

Most of our testers gave the Cerato 1.6 EX at least one thumb up, be it for the adequate performance (at sea level), likeable looks or great standard features. Priced at N$233,995, you’ll also get a five-year/150,000km warranty, three-year roadside assistance and a five-year/90,000km service plan.