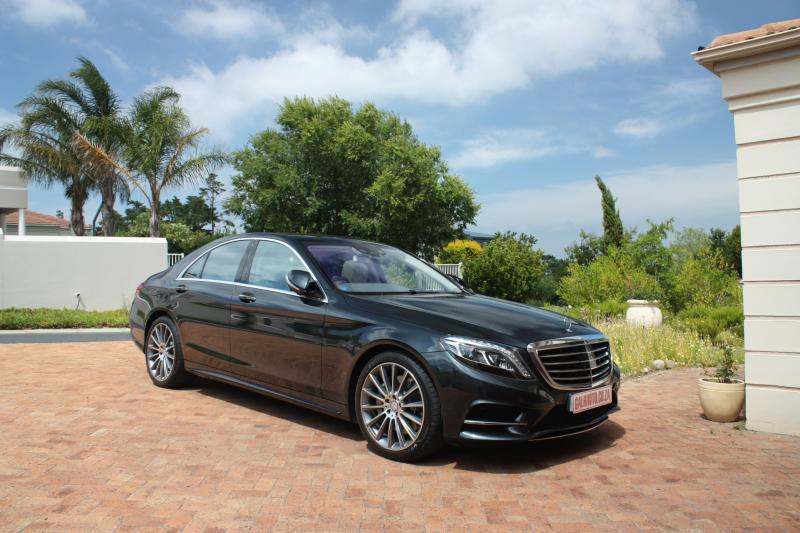 Most successful people and businesses will tell you that it’s harder to stay at the top than it is getting there. That’s exactly what I tried to determine when a new Mercedes-Benz S-Class, this dark grey metallic S350 BlueTEC, wafted into my life for a week. Is the best still the best?

Having already made friends with the S-Class’ conservative and understated new looks in my launch report, what followed was hours of fiddling with abundant buttons and settings, scouring countless menus and toying with numerous interfaces to see what the chaps from Stuttgart armed their new car with.

The S350 (190kW / 700Nm 3-litre turbo-diesel V6) with BlueTEC fluid is the baby of the range at N$1,214,000 and while its standard equipment list is extremely impressive, this press demonstrator was also fitted with an AMG kit, additional driver aids, luxury seats, lighting and rear entertainment systems.

Forgive me if I don’t mention all the fitted features, for it would take a month of Sundays. Some noteworthy features and options include active cornering and massage seats, ionised and perfumed climate control, all-LED lighting, advanced adaptive cruise control and two-stage air suspension.

I was a bit disappointed to discover that Magic Body Control, the system which scans the road ahead and adjusts the suspension accordingly, is not standard on every model. And while the air ride in our S350 was very good, those tasty low-profile AMG wheels produced quite a bit of noise and a few low-speed jolts.

My advice: ignore the AMG option and use the N$57,500 towards Magic Body Control with the S-Class’ regular 18 or 19-inch wheels. If you want hard damping and fast cornering, buy a REAL S-Class AMG. The level of quality and opulence in this car deserves a smooth and silky ride.

Our test car’s porcelain white with black interior dropped so many jaws that I eventually fitted it with another camera to record the reactions (see below). These came courtesy of the seven interior lighting colours, twin TFT front monitors, power climate seats, 360° cameras and rear screens; among many others.

Before I fall into the same trap as most of my passengers and focus on too many goodies, I’ll quickly tell you what it feels like to drive an S-Class. Obviously it has keyless entry and ignition so you can just stroll up to any door and touch the handle to open it. Gently stroke it to reverse the process.

Should your hands be full of golf bags or boutique shopping, just wave your foot under the rear bumper to pop the boot lid, then simply press a button to have it close itself automatically. You can also go into the vehicle settings menu and adjust how high the boot lid… blast it, I’ve just done it again!

Apologies. The S350 drives SO smoothly that, for the first time in my career, a fuel attendant corrected me when I told him to fill it up with petrol. The start/stop function produces a small Diesel shake and the 7-speed auto reacts a bit harshly to kick-downs – but only for S-Class standards, you understand.

Our average fuel consumption from the 78L tank hovered between 7 and 10L/100km depending on driving styles and routes but I can’t see how an S-Class owner would be worried about consumption or range, especially with the highly-efficient V6 Hybrid and bi-turbo V8 available. I’d have one of those.

If someone insisted on giving me an S350 BlueTEC though, I wouldn’t be upset at all. Cornering, steering and brake feedback are surprisingly fine for such a hefty car and the only real-world trouble can be its enormous size when driving or parking in confined spaces. At least it has park assistants to help you.

An S-Class doesn’t belong in the village square or the airport’s multi-storey, it prefers VIP parking and the motorway’s outside lane. Every journey in our S350, no matter the road or time of day, was a relaxing, quiet experience. Anyone in the back whose head landed in the fluffy pillow would either start giggling or snoring.

I don’t want to get tangled in specs again so all you need to know is this: the Mercedes-Benz S-Class has advanced even further and while it has some very competent advisories, you wouldn’t be blamed for calling it the best. Minus AMG kit plus magic carpet ride and a petrol engine, I certainly think it is.