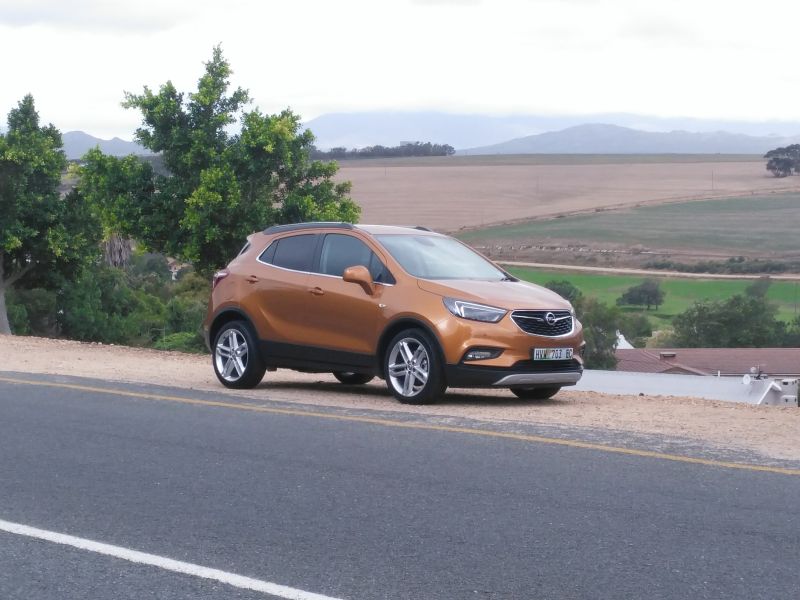 Is there still such a thing as a terrible car? While this depends entirely on your personal preferences (or own definition of the word), there are a few turds floating in the entry-level market segments. A little higher up, you sometimes get the odd disappointment though; like Opel’s new Mokka X.

Before you accuse me of being unfair, grumpy, biased or otherwise discriminating, I based my observations on years of experience and even roped in other journalists to confirm some of my remarks. To keep this comprehensible, I’ve slotted a week’s worth of motoring impressions into three neat categories:

First up must be its funky looks. I was already quite fond of the stubby proportions displayed by the Mokka; this facelifted Mokka X continues these and applies tasteful make-up in the shape of sharper light clusters, cool alloys and brilliant colours. Our Mokka X Cosmo test car was coated in the eye-catching Amber Orange.

There are other hip hues available with names like Abalone White, Velvet Red, Espresso Brown and Son of a Gun Grey. I kid you not. More coolness can be found inside the car with a restyled (but still stylish) dashboard and instruments. The new dials look great and its trip computer is extremely thorough.

Opel’s IntelliLink touch-screen infotainment system is top-class: easy to use and highly responsive with multiple media inputs and connectivity (including Apple CarPlay and Android Auto). The navigation is simple to program, auto-zooms perfectly, gives great prompts but has a scary Saffa accent. Like, yah hey.

Typing of which, here’s the stuff that annoyed us: “Cosmo” is the posher version (of two) and comes with these massive 19-inch alloy wheels which make the car’s ride quite choppy. Most drivers noted that the Mokka X doesn’t feel very planted at higher speeds and every single tester bemoaned something else…

Our test car had around 5,000km on the clock so it should’ve woken up by now – especially with motoring journos as drivers. We’ve also come across this phenomenon in an almost-new 1.4T Astra which felt sluggish at the best of times. The Mokka X’s sixth gear is only for cruising; it has no power. None.

The ground clearance of 133mm isn’t very good. Claimed average fuel consumption is 6L/100km (for this Cosmo Manual model) and we averaged around nine from the 52L tank. Top speed is just shy of 200km/h but we recommend you take a good audio book along for your attempt. The optional LED headlights were average.

Another gripe was this car’s psychotic parking sensors; they go nuts within a meter of any object but luckily have a button to shut them up. We used that a lot. The air vents don’t close, they slide shut and somehow ventilation was always compromised. One tester gave the oddment space and cup holders thumbs down.

Herewith a few things the Mokka X does well: it’s got decent visibility and seating positions. The pedals, steering and main controls are easy to operate with a good turning radius and excellent brakes. Our sole emergency stop from 100km/h took just 2.71 seconds and 38.64 meters.

Most seats offer sufficient space and support, Mokka X has a thin spare wheel and the boot takes 355L of cargo; or 785L with the rear seat-backs folded. Opel claims 0-100km/h in 9.8 seconds and our best time was 9.55 seconds at sea level. 400m came up in an equally respectable 16.74 seconds.

If you can somehow look past the negatives we found, the new Mokka X is a funky little SUV. Our other major problem was that it arrived right after a Korean competitor with similar specs, more models to choose from and superior dimensions. In fact, it turns out that it has a lot of well-established rivals…