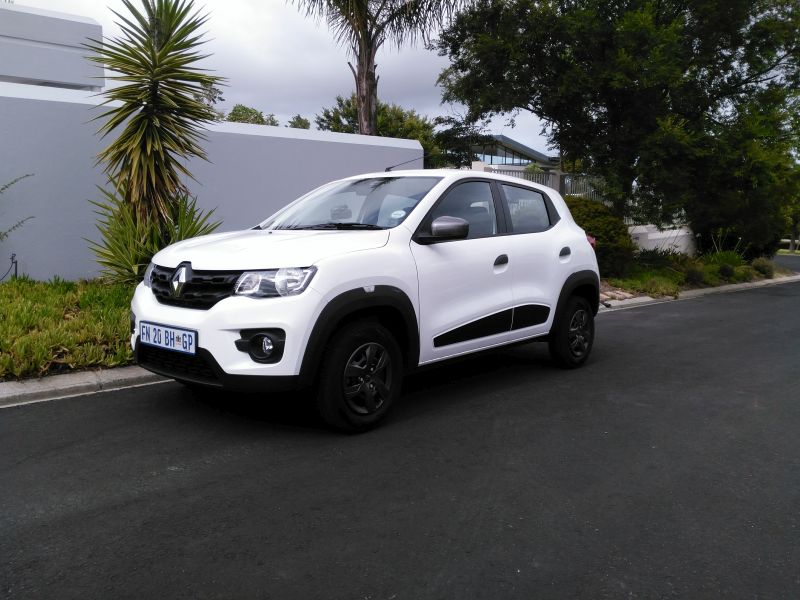 Should you buy a cheap car? In a market where the predominant buying power is in the lower ranks, it’s a question I’ve heard many times. My immediate answer usually involves a demo or second-hand example of a better car because they offer more value than something cheap and cheerful straight out of the box.

The new Renault Kwid is a prime example. After spending a week with one recently, I’d still choose to get a pre-owned Vivo or Figo for the same price. Who cares if someone’s farted in the seat before you, there’s just so much more car for the money. But if you HAD to have a new Kwid, here are a few pointers…

Built in conjunction with Nissan, the Kwid is made for and built in India. That means it’s got plenty of ground clearance (because of their dodgy roads), Marie Biscuit wheels and isn’t strong on build quality. Much like other cars made in India, they skimped on some of the good stuff to keep its price down.

At the moment there are two models, both powered by a 50kW (68hp) three-cylinder petrol engine. The entry-level version is called “Expression” and currently retails for N$124,900 while the more luxurious “Dynamique” version we tested will set you back N$10,000 more (February 2017).

The seats are covered in a vibrant red and grey fabric but don’t offer much support, steering and pedals are feather-light to operate and this Renault has a slightly raised, mini-SUV ride height (180mm). All Kwids are sold with a five-year 150,000km mechanical warranty and a six-year anti-corrosion warranty.

Fitted with thin, fuel-saving tyres (155/80R13) and an all-forgiving suspension, its road holding is comfy but does not encourage sporty driving. The lack of driver aids results in immediate loss of grip under hard acceleration, fast cornering or emergency braking. The tare weight of just below 700kg doesn’t help in this regard.

What it does mean is that the Kwid will be happy with average fuel consumption of 5L/100km when driven nicely. Its rough three-pot engine is quite lively and encourages full throttle but also stems decent torque onto the five-speed gearbox and front wheels. However, the fuel tank only takes 28 litres.

That condemns these cars to the city and frankly, that’s where they belong. Out on the highways our Kwid felt vague, flimsy and rather unsafe. Renault claims a top speed of 152km/h and in a suicidal fit of bravery, we managed a GPS-verified 150,38km/h (indicated 160) during our performance runs.

The manufacturer doesn’t give acceleration data, but our tests also yielded a best 0-100km/h time of 11.97 seconds and 400m in 18.25 seconds – perfectly acceptable city car credentials. We attempted an emergency stop from 100km/h but after skidding with locked wheels for a few seconds, the attempt was aborted.

Around town, at low to moderate speeds, the 3.7m long Renault feels agile and more at ease. The boot takes up to 300L of shopping and the rear seat-back can be dropped to raise that volume to an impressive 1,115 litres. Visibility is ok, so are the headlights, the dials are hard to decipher in bright light and the turning radius is excellent.

Audio quality is dreadful, also because of lacking sound insulation. The navigation is relatively easy to operate while media inputs and Bluetooth features work like a charm. Our Kwid didn’t always start the first time, had a typical three-cylinder unbalanced idle and occasionally made weird fan-belt or bearing noises.

So, if you’re looking for a cheap city car, the Kwid might interest you – especially if it’s even cheaper as a demo or second-hand unit. But as a brand-new purchase, I see little reason why you would choose this over a one- or two-year old Volkswagen or Hyundai. They have more dealers, too.