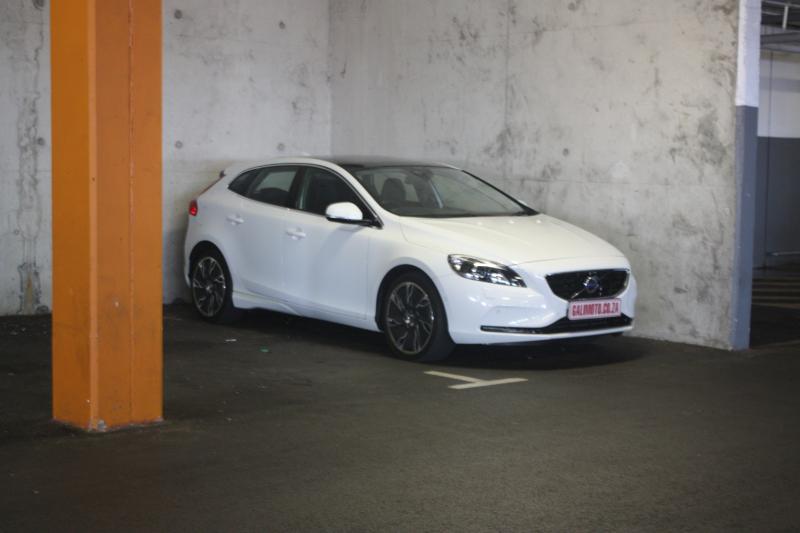 I often get asked for car buying advice and happily dispense it, even if it’s just confirmation of someone’s top choices. It’s very rare that someone derails from these and ends up buying something completely different. It’s even rarer that they confess this mistake to me: “we should’ve bought the V40!”

The couple in question shall remain nameless and I assume that the two parties weren’t on the same page when it came to replacing a little German MPV. When given their shortlist of possible candidates, my vote immediately went to the V40, which also made our cars of 2012 list.

Not every one of our staff members has had a chance behind the wheel of Volvo’s new hatchback estate effort but those who have alighted with smiling approval. This car has a wonderful combination of design, features and drive which gels into a very pleasurable experience.

It even manages to disguise the loathed station wagon shape underneath a beautifully tapered and sculpted form which most observers mistake for a lengthy hatchback. On top of that, pricing is very competitive, options are relatively cheap and you have the choice of five engines and four trim packages.

I could end my review now as you’ve probably gathered that I highly recommend the Volvo V40 but I’ll do my best to dig a little deeper into our test vehicle, a V40 D3 (2-litre in-line five-cylinder turbo-diesel) Geartronic (six-speed automatic) Elite (top spec) trimmed in white wiff black leather.

Our average for the week was slightly higher at 7.2L/100km, however, this figure will plummet and your range will skyrocket when you cruise on the highway. The V40 D3 is quiet and planted at three-digit speeds, its torque reserves are perfect for safe overtaking and the five-cylinder even makes a pleasing gruff noise.

Handling ability and grip are more than adequate for an estate or hatchback while the steering has enough feeling to liven up that occasional spirited drive. The V40 lacked shift paddles on its steering wheel which can be excused in a six-speed turbo-Diesel fitted with an illuminated tip-shift gear lever.

Speaking of which, this specification level allows you to customise the interior’s mood lighting in one of nine colours and half the instrument panel is made up of high-resolution displays. Fuel level and gear position are displayed in light bars but all other information is taken care of by crisp LCD units.

The large central dial is flanked by two arching displays which change according to the selected program – Economy, Performance or Elegance. This will turn the trio into any combination of revs, speed, coolant temperature, economy meter, power reserve, range, consumption and trip information.

Taking centre stage in the dashboard is another LCD display for audio and vehicle settings. It sits atop Volvo’s trademark floating central hang-down section with very minimalist buttons – these will take some getting used to but operate everything you could possibly need, including ventilation.

Passenger comfort is superb for four adults or two adults and three kids; boot volume is a modest 335L (in estate terms) and the rear seats fold almost flat (as does the front passenger seat) in a 60/40 split to extend carrying capacity. A Volvo V40 D3 can tow 700-1,500kg (un/braked) and carry 500kg, 75 of that on its roof.

The alloy wheels on our car even had extra moulded covers called “Aerodynamic Disc Concept” which aim to improve the car’s drag / air resistance and thereby improve fuel economy. Being dark grey in colour, they also disguise nasty brake dust for days.

…the turning radius is rubbish.

There are lots of other little features and this model will cost you N$353,700 with a five-year/100,000km warranty and maintenance plan. So the Volvo V40 D3 is great to drive, clever, safe and good value but it does have one bad mark to its name: the turning radius is rubbish.