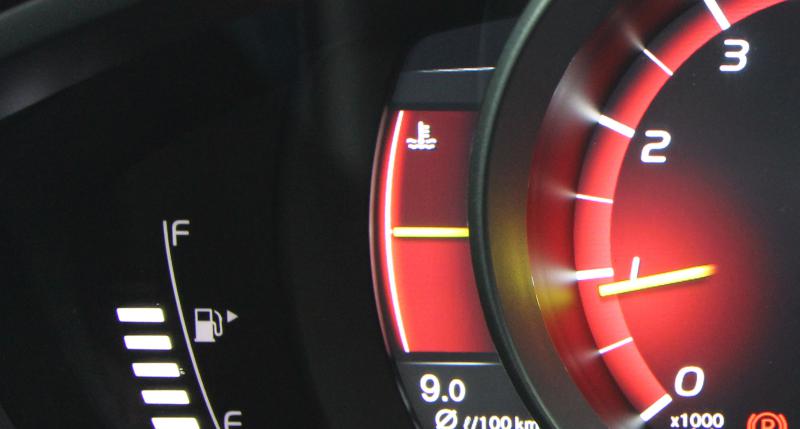 Someone or something in your new car is lying to you…

There’s a modern deception I desperately need to make you aware of, a blatant liar who’s slipped right under every new car owner’s nose without them even noticing. Perhaps some of you have noticed and I’m not the only one proposing this conspiracy theory to a row of blank stares…

The main reason I wisened up to the wicked ways of this deceiver is because I love, own and drive classic cars. Ranging in age from 45 to just under 20 years, the lack of new-age gadgets and luxury are made up for by charming simplicity, graceful pace, patina and good-old honesty.

Glossing over age-induced niggles, the subject of my rant is the instrumentation of new cars and in particular, their coolant gauges. You know the one, a little needle which tells you the car’s “water temperature” or “heat” and usually has an icon of a little thermometer floating in liquid.

In some older cars, the scale would even show degrees Celcius (or Fahrenheit, overseas) and here’s the crux: that little needle was alive! It moved, depending on prevailing conditions and driving style it would climb the scale in either direction to show exactly how hot and bothered your car’s engine was.

Old car in heavy traffic: getting a bit warm there…

Slow and heavy traffic in summer with the air-con on full blast? Yeah, that’s when it would lean towards the red marking of its domain and only drop back down when one or more of those variables were removed.

Same old car on a cold day: Nice and cool!

Right, if you’ve been in an old(er) automobile, I’m sure you’ll agree with all of this. What you should also recognise as the truth is that the coolant system in every single new (modern) car is either a remarkable instrument of superb perfection or the dial – that cool new coolant gauge – is a liar with its pants on fire.

Every modern car, without fail, has a temperature gauge that steadily climbs to its normal status and doesn’t move a micron for the remainder of your journey. Even if that journey starts in the Arctic Circle and ends by towing a caravan up the side of a volcano. Nothing, no movement.

D’you see where I’m going with this? They’re lying to us, the little anti-freeze junkies. Even on a mild day with little to no traffic, an old car will always show some sort of variance in its water temp as the thermostat moves, fans kick in, driving speed varies or the load / road changes.

A modern car will do no such thing and I think I’ve figured out why. It’s to lull us into a false sense of security and further numb the modern driver from the alien technology under their car’s hood.

Cocky new car: Everything is “OK”. Nothing to see here, move along please!

Much like those stupid little blue and red warning lights which have replaced the coolant dial in some cars (cough, Honda) I have a sneaking suspicion that modern water temp needles will only go into the red once it’s too late.

My Dad will back this up because one of his new cars overheated and he only saw the needle move at the last second; when it was too late. It didn’t climb gradually, it merely jumped into the red just before the engine cut out.

The cause of this dilemma? A loose radiator hose.

In all fairness, the rapid loss of coolant fluid would have resulted in a fairly quick rise in temperature and even my seasoned motorist father may not have spotted it in time. But that brings me neatly to the final point of my rant – we’re being desensitised by all these nanny systems.

When I drive an old banger, I keep a very keen eye on the dials. It’s part of the whole experience, that wobbly speedo, the pessimistic fuel read-out and of course, the lively coolant gauge. It’s what I love about classic cars, not only do they feel animated, they’re honest too.

If you can prove otherwise, i.e. that modern coolant gauges move beyond the “normal” state, please send me your story, photos, proof, etc. I would love to hear from you!