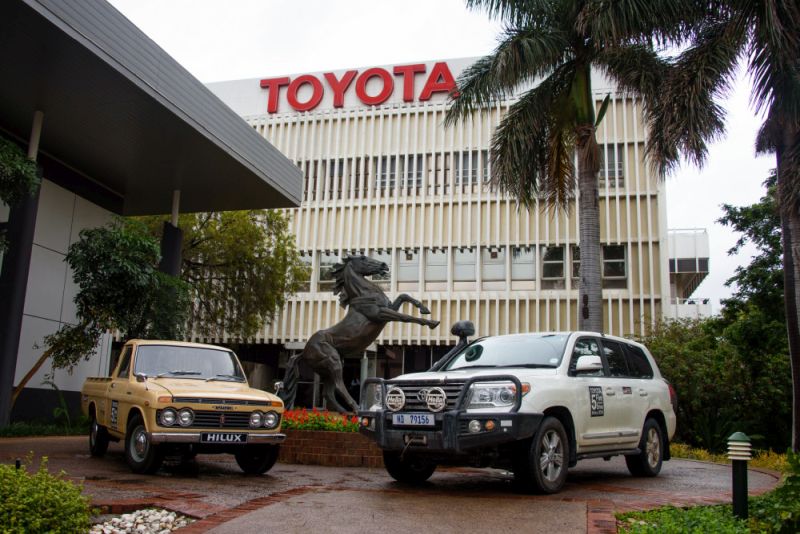 Toyota has just completed its fifth consecutive leg of the 5 Continents Drive (5CD) Project in Africa. The Africa leg comprised two routes: Arusha, Tanzania to Sandton, South Africa as well as Windhoek, Namibia to Durban, SA. The first drive, led by Team 1 Captain Bundo-san covered more than 4 000km and had included countries such as Tanzania, Zambia, Zimbabwe and Botswana.

The Team 2 drive led, captained by Umeda-san, covered Namibia, Lesotho and South Africa. The teams also included members from Toyota South Africa Motors (TSAM) and representatives from other African countries such as Tanzania, Zambia, and Zimbabwe, Congo and Côte d’Ivoire. The teams covered more than 10 000km from the two drives. The project also included spot drives in other countries such as Kenya, Morocco, Togo, Benin, Cameroon and Senegal.

In the words of President and CEO of TSAM, Andrew Kirby, the main purpose of 5CD is to “enable Toyota technicians, engineers and a varied crew of white collar as well as other partners to get out from behind their work desks and actually feel the road, experiencing first-hand the way vehicle performance is impacted by the wide variety of driving conditions around the world and to gather new insights”.

“We were able to get valuable hands-on experience on different types of roads in Africa, receive valuable comments from our customers, and have close communications between Japanese and African colleagues in one team. And today, we were able to arrive here in Durban safely.

Before coming to Africa, the 5CD team faced unrelenting dust and heat in the Australian leg in 2014, freezing cold and torturous passes in the Americas in 2015 and 2016, and the urban highways of Europe in 2017. 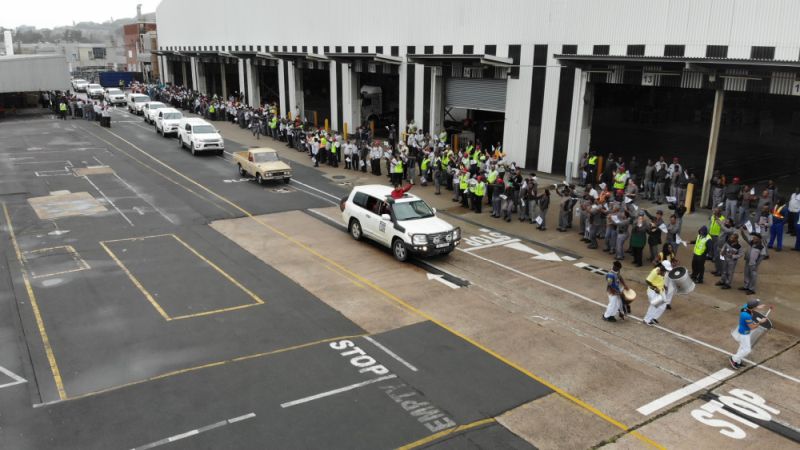 Africa presented the team with a totally new and varied set of challenges. Team 1 had to contend with unforgiving terrain, high altitude in some parts, as well as sharing some of the worst roads in the world with some of our beautiful wildlife. In Tanzania, the team got to experience dirt-road driving on their way to the Ngorongoro District. They came to understand that durability has to be one of the most important aspects when building vehicles for African conditions.

“We trust that the experience has both been adventurous and rewarding. But we know that the most important benefit will come from the valuable information you gathered from our roads, which we trust, will be used to help us make ever-better cars and if we do that, we would be heeding President Akio Toyoda’s call to put Toyota’s vehicles to the ultimate test, across every possible terrain and climate on every continent worldwide,” adds Kirby.

Team 2 of the 5 Continents Drive was treated to a warm African welcome with song and dance upon arrival at the TSAM Prospecton Plant in Durban. This event also marked the end of the Africa leg before the project moves to the next continent. Toyota believes that the data collected by Team 1 will be crucial towards making ever-better cars – not only for Africa, but for all Toyota markets.