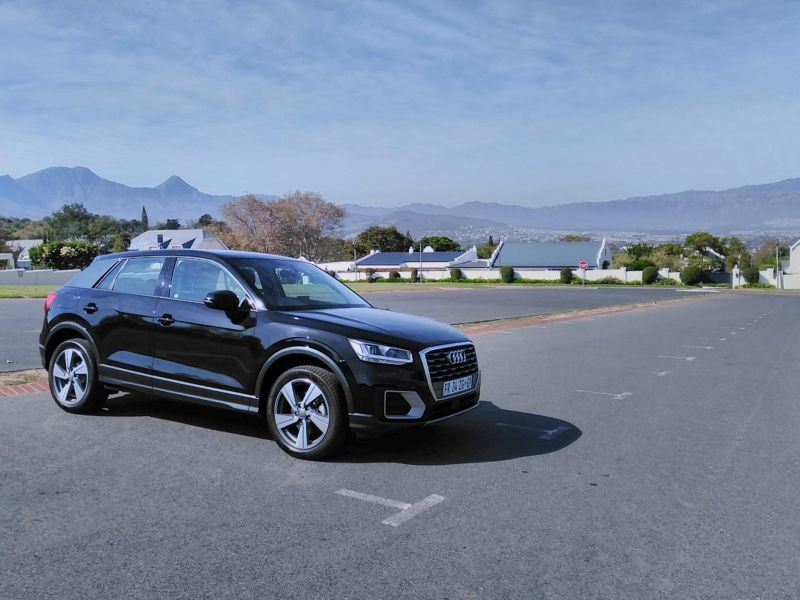 Apparently they exist. People who look at an Audi Q3 and say “no way José, that’s too big and boring!” The German manufacturer and most of its competitors cater for such folk because our consumer society breeds these trendsetters by the truckload. Enter stage left, the achingly trendy Audi Q2.

This shiny new product should please those who already own the latest smartphone, a bended television and anything involving a waiting list. Of course Audi also hopes to catch other new customers who previously wouldn’t have considered parking four rings on their driveway. That is, if they can stomach the price.

Starting at N$450,000, you don’t get a lot of metal for your moolah but at least there won’t be one on every street corner. And if there is, instead of scratching each other’s eyes out, the Q2’s maker encourages each buyer to customise their new ride with a whole armada of options, from freaky paint hues to contrasting details.

In the interest of Namibian (and South African) buyers, the author hopes that white paint with a black interior is somehow forbidden or impossible… because honestly, a car as modern and hip as Audi’s new Q2 should not be punished with the colour combination of a delivery van.

My next and rather obvious observation was that the cue two falls into that new-fangled city soft-roader malarkey. You know the type – my car’s got a bit of ground clearance but no real 4×4 guts. I drop the kids at school, go to work and visit the gym every evening BUT every other day I drive down a gravel road to go mountain biking.

The truth is that – as long as you stay away from huge rims – a Q2 will master semi-regular dirt use with ease. Audi S.A. definitely knew that and hence, didn’t even bother bringing in a Quattro (all-wheel-drive) version. All of the available models are front-wheel driven with every imaginable driver, safety and traction aid.

Our test car was a black 1.4 manual (auto also available) with dark cloth interior and freaky red highlights along its dashboard. As one expects from an Audi, all controls were smooth and responsive with a pleasingly light and obedient clutch. It’s lightyears removed from the awful device I once encountered in a friend’s 2001-model A4.

Space, comfort and general road manners are superb. For that long weekend to (or from) the coast, you should find sufficient space for four adults and a reasonable amount of luggage. The boot takes a decent 405L of cargo which can be increased to 1,050L if you turf the rear pax and flatten their furniture.

Although Audi lays claim to their 1.4T FSi using just over 5L/100km, our test car helped itself to almost 10 on the daily drive around town. Its start/stop system is selectable, reasonably smooth and intuitive for saving a few drops at red robots. Out on the open road at steady speeds, we got closer to 6L/100km.

So – Audi has made a trendy new city slicker with excellent quality, good specifications and vibrant options. Prices start at around 450,000 and go up to 570,000 for the Diesel – without optional goodies. Each Q2 is sold with a five-year / 100,000km Audi Freeway (maintenance) Plan.