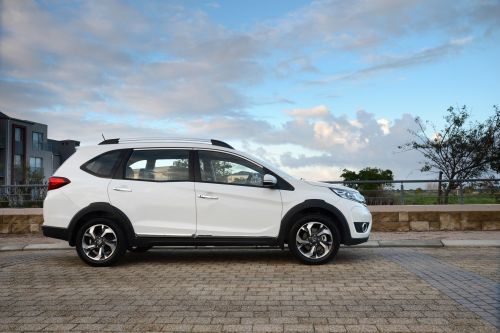 Continually Variable Transmission. That’s what CVT stands for, although in the mind of the car-buying public – especially South Africans and Namibians – it also stands for irritating noises and dragged-out power delivery. NamWheels compares identical cars with vastly different gearboxes…

Regular readers may already know that I’m a friend – not fan – of the CVT. Where its haters use words like poegie, rubber band or worse, I’ve come to appreciate the adaptable transmission. The reasons are simple. One, my wife once owned a CVT hatchback which two, quickly taught me how efficient its power delivery is.

Sporty? Certainly not. Aurally pleasing? Hell no. I like to advise people who are considering a CVT vehicle to opt for a big sound system because the sound may drive you nuts at some stage. I also tell them how my wife’s 2-litre hatchback would out-pull more powerful cars on a highway on-ramp because it never had to shift…

So how does a CVT work?

Essentially, a CVT has no gears. Hence the term “transmission” instead of “gearbox”. There are differing ways of constructing such a gearless wonder but it boils down to power being transmitted between two variable surfaces. Think conical (cone-shaped) surfaces and/or belts slipping over moving pulleys.

D’you see where that slipping clutch sensation comes from? It’s the transmission adjusting to the power you require at that given moment. That’s why hybrid/electric cars with their instant torque tend to favour CVT’s… and small engines like this 1.5L employ loads of rpm’s to get things done. Some practical examples would be as follows:

Pulling out of your driveway? That’ll be low gearing at low engine rpm’s for slow but steady progress. Leaving a stop street? It’ll give you more revs but reduce them as your speed increases (and you lift off the accelerator). Racing a GTi? The CVT will go to maximum rpm’s (and stay there!) while slipping the drive output to match your speed.

One distinct disadvantage is that your car’s engine never feels connected; or “hooked up” in more colloquial terms. Old and lazy torque convertor automatic gearboxes come close to this detached sensation although they will eventually find what feels like direct drive at higher speeds. The CVT never really does.

Honda’s budget seven-seater MPV is no exception and the phenomenon is most pronounced while overtaking at speed. Given a sudden boot-full of throttle, the transmission will go from cruising to wailing banshee in an excruciatingly delayed crescendo. What doesn’t help in this vehicle is that its perky 1.5L engine is rather vocal when trodden on.

So there’s your first answer, if you thought the automatic version would be less noisy. No, it isn’t. In fact, it had one or two of my passengers squirming in agony as I passed slower traffic perilously close to the 88kW four cylinder’s rev limiter. In the manual version, the gruff engine noises actually add a hint of sportiness to full-throttle proceedings.

To finally get to some advantages, the CVT-equipped Honda BR-V will keep overtaking – relentlessly – until you tell it to stop. It’s also a commuter’s friend because it rolls along in rush-hour traffic like only an automatic can. Its walking-pace response is pleasingly gentle so there’s never any jerky or disjointed uptake in power.

And another plus point, if you like, is that Honda South Africa may not have a “normal” automatic in the BR-V line-up but also offers both derivatives with three pedals and a regular five-speed manual gearbox. The CVT’s offer Sport or simulated manual modes but I’m sorry to report that neither are worthy of their name.

As for fuel consumption from the 42L tank, Honda claims 6.2L/100km for the CVT and 6.3 for each manual BR-V. In the real world with its multitude of speed humps, random stops and terrible traffic, you’ll have to add at least 2-3 litres to those figures.

Other than the day-and-night differences in transmissions, the two BR-V 1.5 models (Comfort and Elegance) are identical in dimensions and specifications. Automatics cost about R17,300 more than the manual equivalents which will set you back R285,000 and R307,600 with a 5-year/200,000km warranty and 2-year/30,000km service plan.

So which BR-V should you go for?

Ignoring the rather basic Trend Manual model at R258,000, we recommend the middle-child Comfort for decent spec and value propositions while Elegance models are for those wishing to spoil their passengers with some extra niceties. Safety and convenience features are identical between self- and auto-shifters.

Shockingly, the Manual isn’t much quicker to 100km/h or 400m (see the table below). In fact, that uninterrupted pulling power of the CVT earns it a higher 400m speed and the possibility of eventually catching its manual counterpart; should the law and roads permit it. Honda does not provide top speed figures but we easily reached 160+ in both. (Ed: at which point the CVT finally stops screaming…)

Oh, right, sorry! Sporty drivers best stick to the snappy 1.5 Manuals because there’s actually a degree of fun to be had from this lively power unit driving the two skinny front wheels through a slick lever and clutch. The CVT is best suited to serial commuters, shuttle operators or aficionados of loud music while driving.