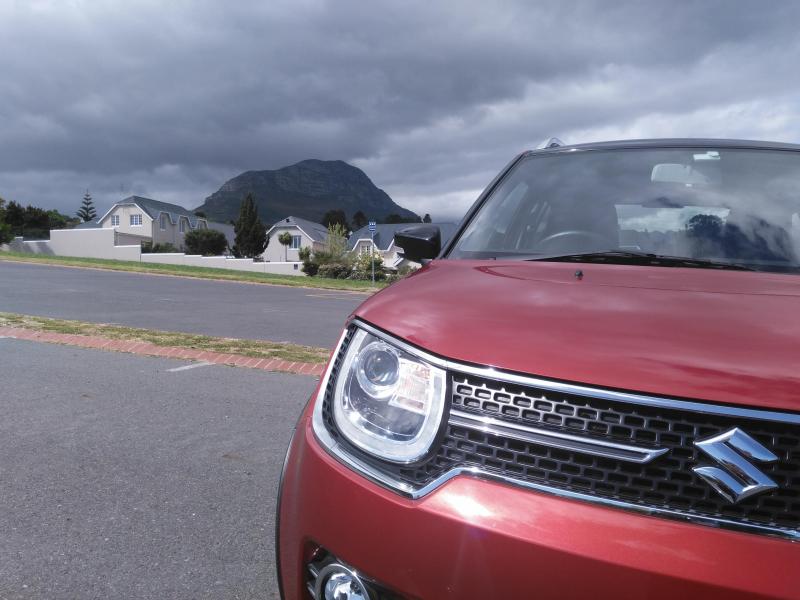 Another week, another small hatchback which seems ready to take on the world! I forgot to add this new Suzuki to an earlier comparison with the Kia Picanto so it’s only fair that the Ignis gets its own comparison report – sort of. 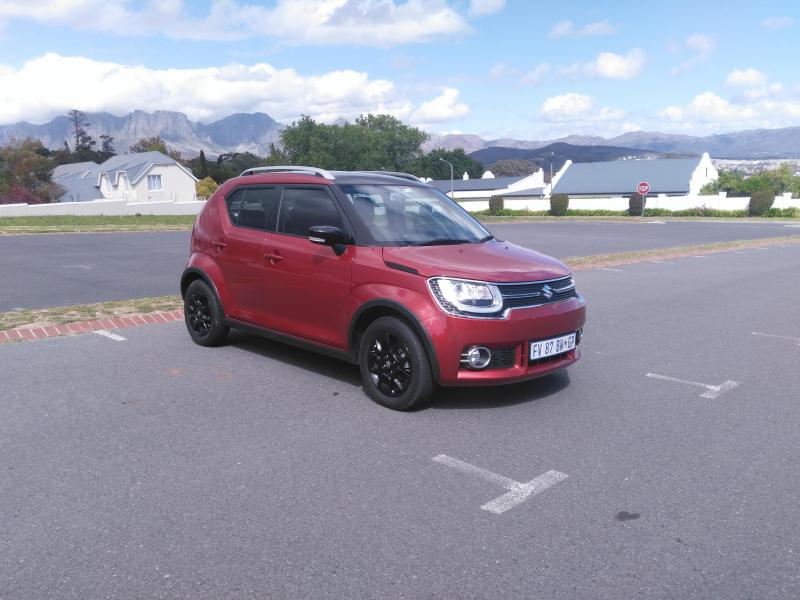 I’m going to start with a negative because happily there aren’t many other bad points. The Ignis rear end looks too blunt and simple for my tastes. Its chunky profile (with trendy C-pillar grooves) and aggressive face look much better while its overall shape distinguishes this Suzuki from other tiny city SUV’s. 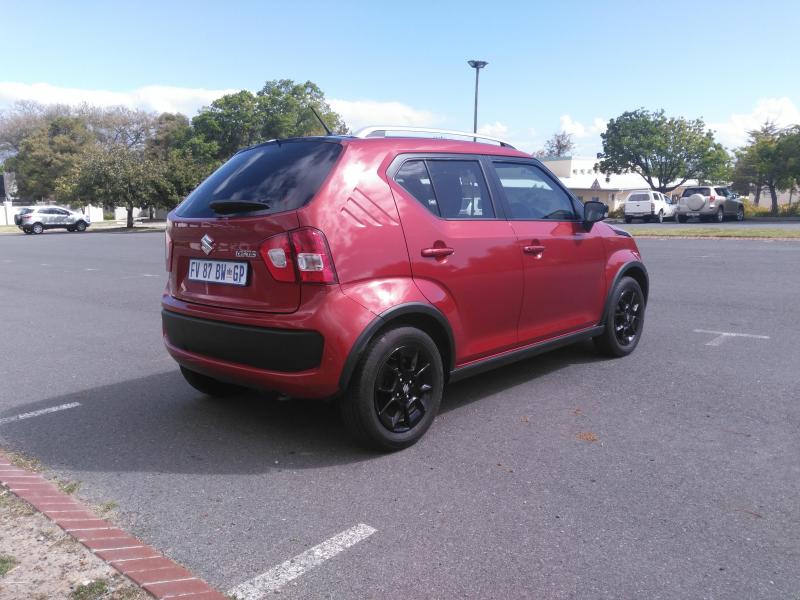 It may look small but it’s been properly designed which leads to a surprising amount of usable space for people and cargo. The unkindest word I can think of is “compact” yet this test car carried five adults and some photo equipment to a gala dinner without major fuss. 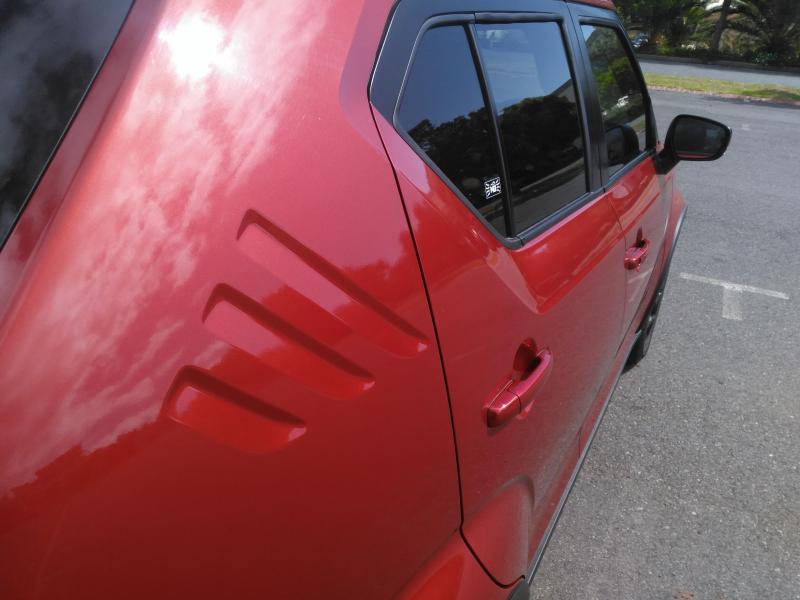 This is where the Ignis outruns its competitors – Volkswagen cross-up! or Renault Kwid Xteme – as they only have one litre three cylinder engines. The Ignis power plant isn’t much bigger (1.2L) but has an extra cylinder and noticeably more gusto as it spits out up to 61kW / 113Nm versus the VW’s 55/95 and Kwid’s 50/91. 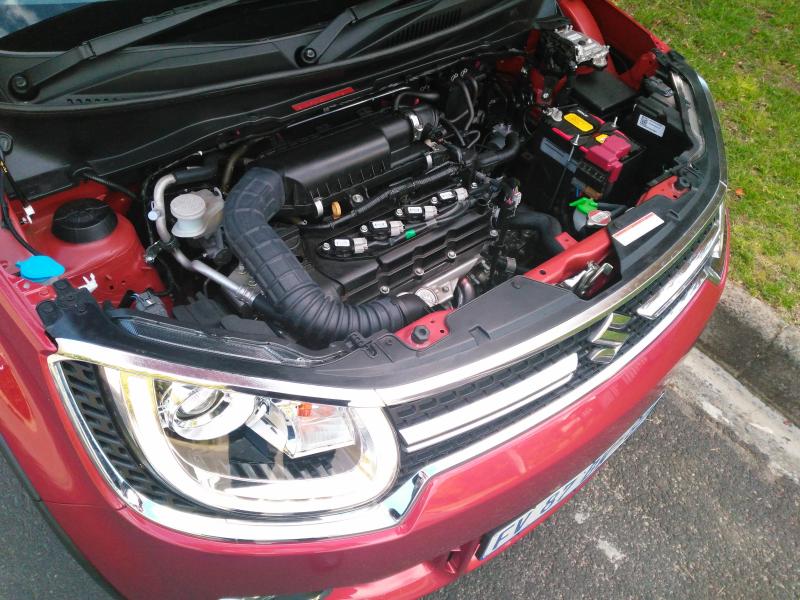 Keep in mind that there’s no traction or stability control and quite a bit of body roll when pushing on. Suzuki claims 5.1L/100km average fuel use from the 32L tank and (like most Suzukis) this one averaged just 1L/100km more! Top speed’s around 165km/h and 0-100km/h is claimed to take 11.6 seconds; our best was 10.72 at sea level. 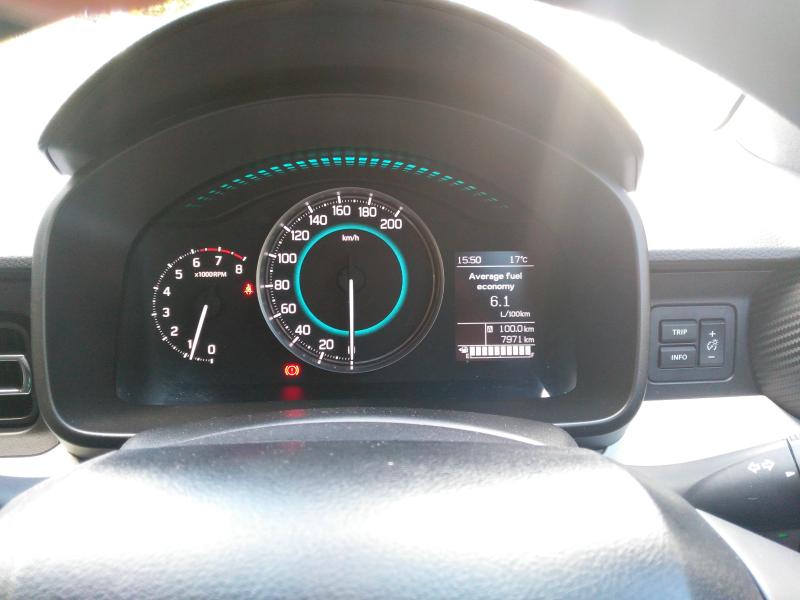 Three occupants at the back may call upon the rear suspension’s stoppers and some of the car’s finish (boot lid lining) is more Indian Renault than perfectionist VW. None of this was a deal breaker in my eyes. Boot space is 260, extendable to 947L. The up! offers 251 to 959L and the Kwid wins with 300 to 1,115L. 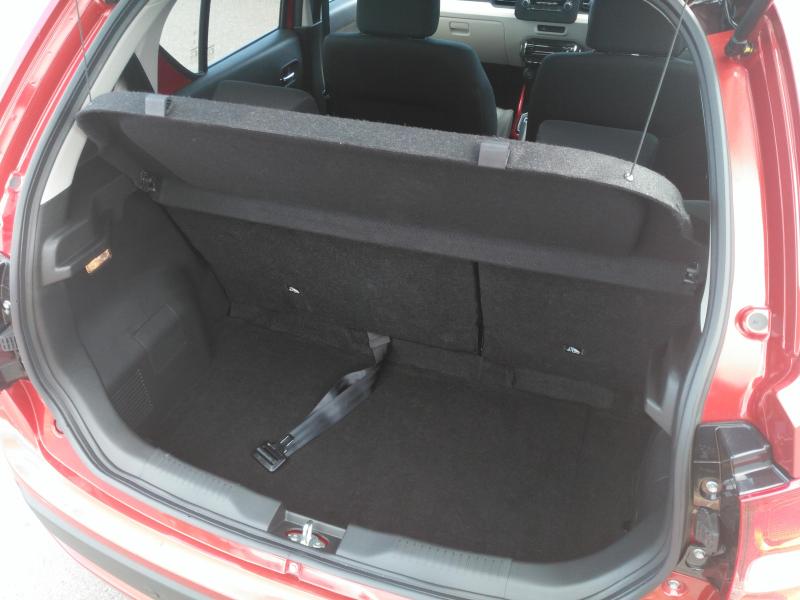 A fellow journalist bemoaned the Ignis’ overly sensitive (or light) steering and while he has a point, I found it acceptable for urban SUV use. Obviously parking is a breeze, aided by a superbly small turning radius while ride quality is comfortable by today’s standards.

The tyre size is a sensible 175/65R15 (with full-size spare wheel) on alloy wheels and these were shod with premium brand Bridgestone “Ecopia” rubber. 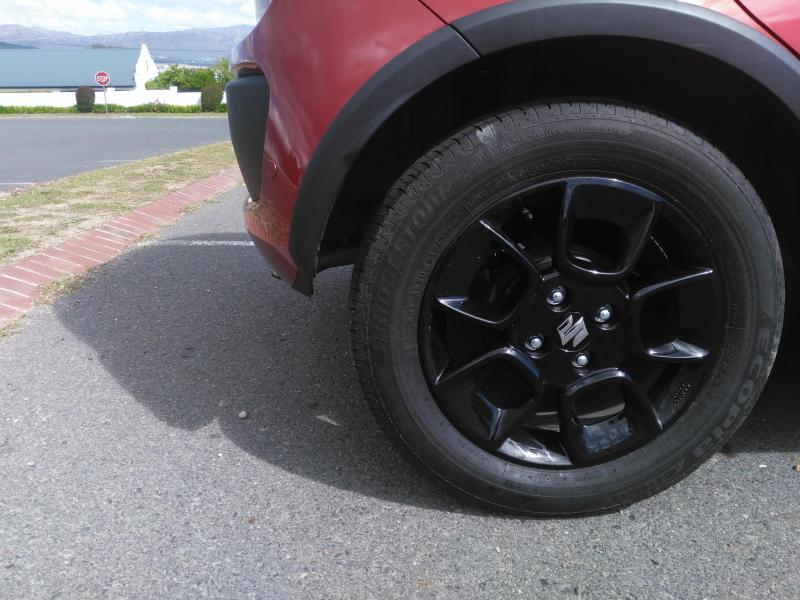 So we’ve noted that the Ignis has no advanced driver aids like electronic stability control but it does have anti-lock brakes with emergency assist and force distribution. A full-bore stop from 100km/h took 2.95 seconds and 42.02 metres with considerable nose-diving but an otherwise straight and controllable trajectory. 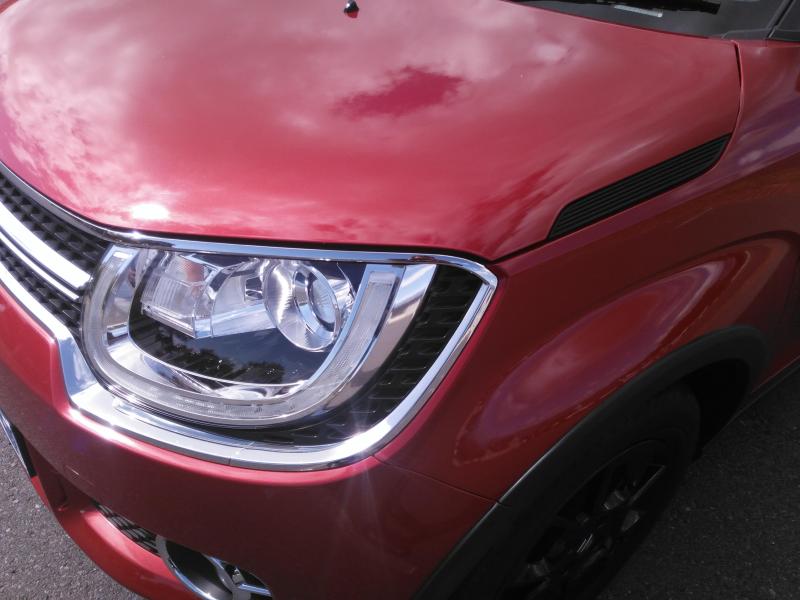 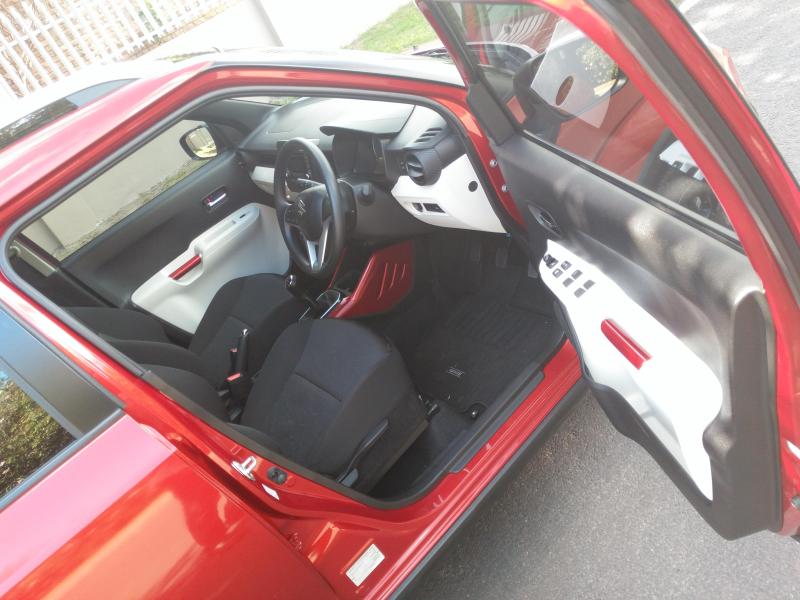 Glossing over its strange rear design and sometimes stubborn gearbox, the Ignis scored even more brownie points when I heard its price. Considering all the aforementioned toys – as standard fitment – this car will cost you just under N$200,000. 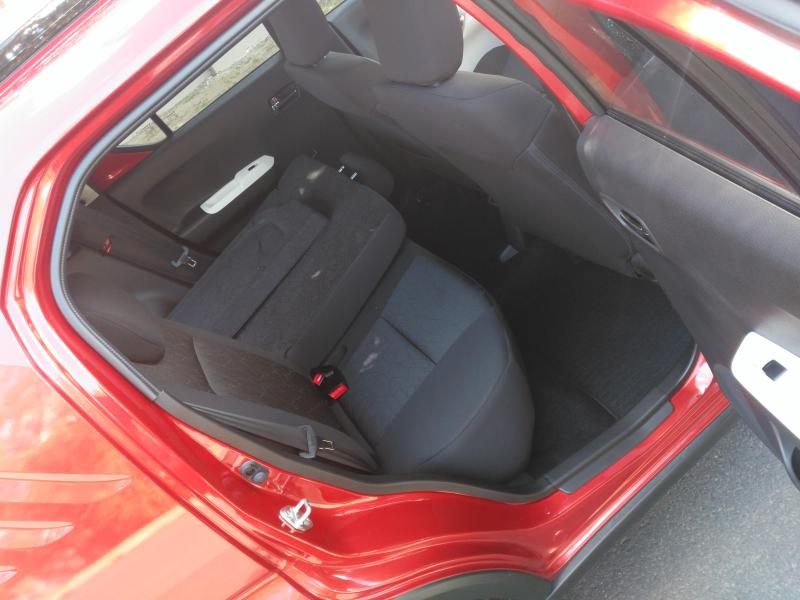 If you desire even more phenomenal value, there’s a less fancy version (GL) available around 175 grand while this GLX can also be had with an automatic gearbox for about N$210,000. Suzuki includes a three-year/100,00km warranty and two-year/30,000km service plan with each sale. 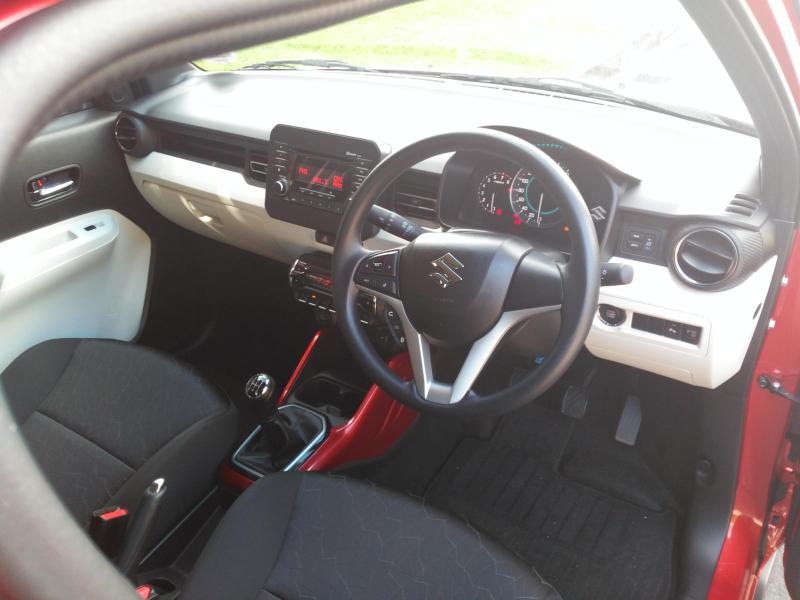 Everyone at NamWheels is so impressed by this affordable, versatile and tech-laden little character that it’s gone straight to the top of our “Cars of the Year 2017” list – we highly recommend it!

Watch the acceleration video and see all Performance data by clicking here.