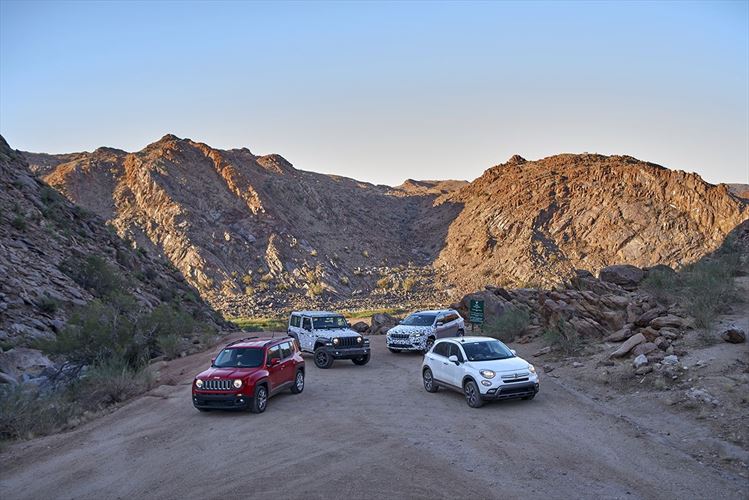 The first episode of FCA What’s Behind showed the tests carried out on cars in the polar temperatures of Arjeplog. For the second episode, we are travelling some 15,000 kilometres south to Upington, in the Northern Cape province of South Africa, on the border with Botswana and Namibia, for tests in extreme heat conditions.

Founded in 1884, the town is named after former administrator and politician of the Cape Colony, Thomas Upington and is located on the banks of the Orange river at 835 meters a.s.l.

Although most of the tests are carried out in southern Europe and in Sicily, Upington was also chosen, because the development plan of a car is not always coherent with seasons in the northern hemisphere and because Upington has the ideal conditions for testing vehicles in very hot conditions. Upington is one of the hottest towns in South Africa and the ideal place to assess borderline or worst-case scenarios and to strike the right trade-off between hot temperature performance as a whole against speed, elevation and heat.

Why test cars in extreme heat?

Each car must reach the production stage, able to withstand all weather conditions. Specifically, a hot climate all year round means that all turning tests can be performed repeatedly, for instance on the engine, specifically focusing on cooling and driveability, on the A/C system, to verify its ability to maintain climatic comfort, on material performance and on vehicle system reaction times.

Behind the scenes of the FCA tests in Upington

Unlike the proving ground of Arjeplog, there are no test facilities in Upington. The tests are performed in locations, which reproduce the characteristics necessary to assess specific aspects or performance trade-offs influenced by environmental features.

The vehicles are sent from Turin, already equipped with all of the instruments needed for the tests to be conducted. In addition to driving the vehicles, the technicians present in South Africa are also called upon to analyse the data collected during specific tests and transfers. All vehicle systems are monitored and any abnormal or unexpected behaviours are diagnosed in order to find a solution. The test team of around twenty technicians will focus on about twelve vehicles per testing session.

The environment of South Africa is ideal for car development tests. The main advantage is the availability of fuels with characteristics compatible to the European ones. Unlike Brazil, for instance, where the availability of petrol is not always guaranteed and dedicated logistics must be set up as a consequence. A variety of cars, some totally or only partially disguised, with license plates showcasing a variety of nationalities, can be seen in Upington. Common to all cars is the special plate that authorises the test vehicle to travel along a 55-kilometre road where local speed limits can be broken and the cars can attain speeds in excess of 200 km/h.