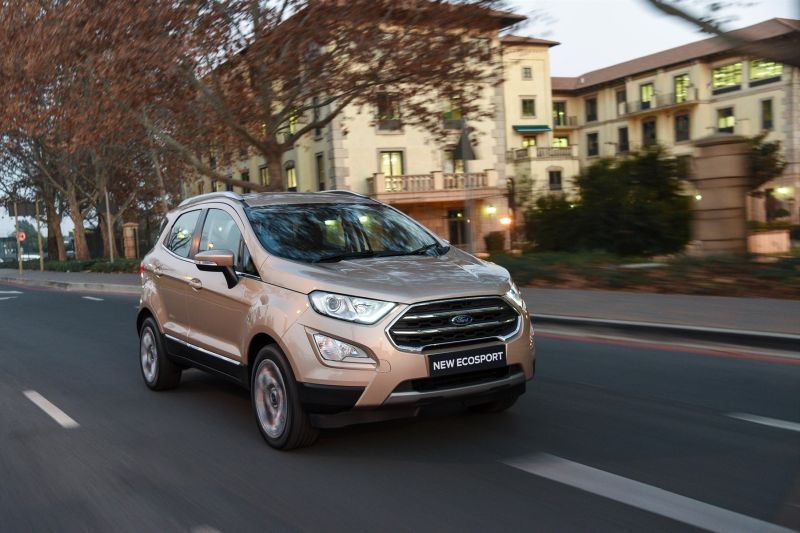 PRETORIA, South Africa, 27 June 2019 – Ford has found a clever way of reusing millions of plastic bottles. Each EcoSport SUV that the company produces is fitted with carpets made using 470 single-use plastic drink bottles.

And since Ford launched the EcoSport globally in 2012, it has provided a new lease of life for more than 650 million 500-millilitre bottles, weighing an estimated 8,262 metric tons * and that – if laid end to end – would stretch more than twice around the world. **

Since first using recycled plastic in its Mondeo more than 20 years ago, Ford now recycles 1.2 billion bottles globally per year.

“Consumers have a hugely increased awareness of the harm that simply discarding plastic can do – but we have long been on a mission to increase the proportion of recycled and renewable materials that are used in every new car we make,” said Tony Weatherhead, materials engineer, Ford Motor Company.

Turning plastic into car carpets first involves shredding both the bottles and their caps into tiny flakes. These are then heated to 260°C and melted down before being formed in to fibres the width of a single human hair. Those fibres are spun into a yarn by twisting multiple fibres together – and it is this material that is woven into carpets.

“In the research that we have done, in the whale strandings that we have looked at, and the seal entanglements that we have seen, it is clear there is just too much plastic in the environment. We’ve had dolphins with plastic cups in their throats, and so many seals and dolphins wrapped in fishing line.” says Dr Simon Elwen, Founder and Principal Scientist at Sea Search, a Cape Town-based organisation that conducts internationally recognised research in the marine realm. With support from the Ford Wildlife Foundation, Sea Search focuses on marine mammal research in South Africa and Namibia. Their efforts include, research output, education, and student training, with the principal aim of promoting conservation.