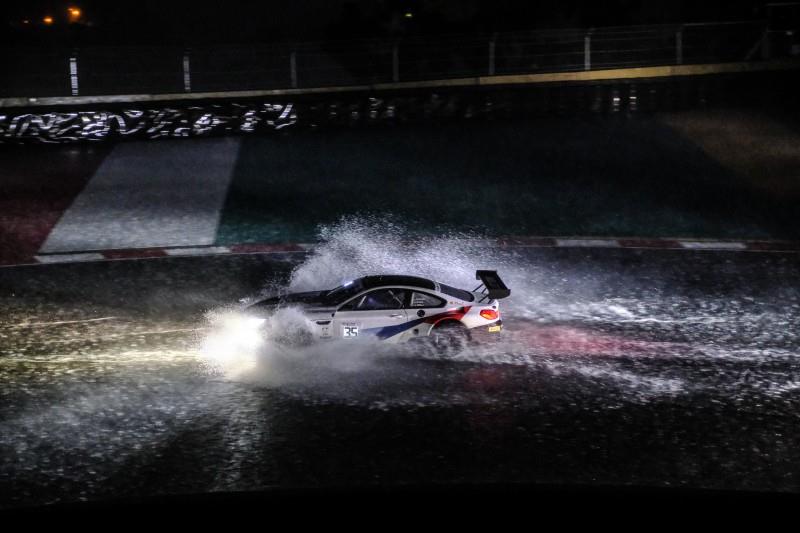 The winners and losers

The Kyalami circuit in Midrand, Johannesburg, again played host to the 2020 finale and even with just 5 manufacturers and 12 entries in total, the circuit still provided for many talking points, with a hint of déjà vu.

The #34 Walkenhorst Motorsport team of Augusto Farfus, Nicky Catsburg and hometown driver, Sheldon van der Linde, bested the Honda team, using pure tactics, rather than speed. Whilst the BMW proved to be quick all weekend, it struggled to match the pure pace of the Honda NSX.

The team never lead as the clock turned to the next hour, only taking the lead with just 40 minutes to go. However, pure strategy and timing helped the to pass both the Honda and Audi in the last hour.

While the Porsche-based Frikadelli team reigned superior in 2019, the German manufacturer once again held onto the manufacturer’s crown.

Even though the #98 Rowe Racing Porsche brought the manufacturer its only win at Spa, the team managed consistency by finishing third in Australia, first and third in Spa and third again at Kyalami. Taking the crown for a second time at their home circuit proves to be a real milestone.

Even if Mercedes-Benz, Ferrari, Lamborghini and Aston Martin missed the Johannesburg round, Porsche as a whole missed out on the Indianapolis 8 hour. It therefore scored no points at the second round and still managed to take the crown by 20 points from BMW.

The Kyalami International circuit once again played host to the finale of the Intercontinental GT Challenge and similar to 2019, held spectators, teams and drivers on the edges of their seats. The Midrand-based circuit might not be as long as the iconic Nordschleife or as physically demanding as the Spa-Francorchamps circuit, but brings with it many constantly changing factors.

It is for this reason that the Kyalami circuit not only tests the endurance of the drivers, but also the calculation and endurance of teams as a whole.

The Kyalami circuit calls for meticulous planning and the ability to have spontaneous instincts.

While a 9h race in an endurance championship is basically a sprint race, constant changing factors might just make this as difficult for teams as a 24hour race.

Similar to 2019, the outcome of the 2020 championship was again based on the sub-tropical climate patterns of Johannesburg. Even with the race being moved ahead in order to avoid twilight thunderstorms, everyone anticipated it to arrive at some point. Yet, as in 2019, the taps were only opened during the latter quarter of the race as an absolute deluge drenched the circuit, forcing a full-course yellow.

While this proves a true spectacle for spectators, Audi might not be as happy with the outcome, dropping one of its cars as racing was deemed safe just before the turn of the last hour. Were it not for regular racing to take place before an eventual decision was taken, the #44 might just have taken victory and the drivers’ championship.

Nonetheless, with the Kyalami 9h set to return once again on 3-4 December 2021, should the race be moved even further ahead to avoid these severe thunderstorms?

One year after it’s inaugural Kyalami 9h entry and eventual retirement, the #9 Lechner Racing Porsche of Saul Hack, Andre Bezuidenhout and Dylan Pereira won the Pro Am class. On an emotional weekend which saw the passing of team founder, Walter Lechner passing away, the team showed true form.

Honda proved to be unstoppable, with Audi, Porsche, Bentley and BMW unable to best the #30 Honda NSX of Bertrand Baguette, Renger van der Zande and Mario Farnbacher after the trio recorded an average time of 1:42.521 on Friday.

The Honda led both the race start and re-start. The team displayed a pure dominance, holding onto the lead for 8 of the total 9 hours. As the thunderstorm once again hit the Midrand-based track, the Honda pitted for a necessary fuel stop under Full-course yellow conditions, with just over an hour left on the clock.

Such was the dominance of the team, that they only faced true serious pressure on lap 1 as they fought against the Bentley of Jordan Pepper, heading into turn 1. The seventh hour of the race also saw the #44 Audi of Patric Niederhauser slowly catching up to the Honda, with the latter eventually matching and extending its lead.

Had it not been for the fuel stop at the turn of the last hour, it would have won the race and potentially the drivers’ crown.

The #7 M-Sport Bentley of Jules Gounon, Jordan Pepper and Maxime Soulet won the first 2020 race at the 12hours of Bathurst before the Covid-19 pandemic brought the championship to a pause.

Not doing well in either the Indianapolis 8 hour and Spa-Francorchamps 24 hour, the M-Sport Bentley again looked very strong for its last Intercontinental GT Challenge. Qualifying second, local driver, Jordan Pepper was heavily supported to take his second win of the season and perhaps the 2020 championship.

Yet, disaster struck the manufacturer as the #8 of Alex Buncombe stalled on lap 1, falling into last place.

Initially fighting for the top spot on lap 1, the #7 of Jules Gounon plummeted down the order just as it managed to set best lap times. With just under two hours completed, Gounon pitted for a driver change. Exiting the pits, the #7 immediately sounded unwell. Limping to the pitlane, the engine caught fire, bringing out the second Full course Yellow.

In what have might been the Championship victory, the #7 would eventually finish in twelfth place, with the #8 finishing in 9th.

While it is quite normal for any endurance race, not to see any track activity at certain times due to track management or environmental challenges, the Kyalami 9h has unfortunately been robbed from a finish under racing conditions as it did in 2019.

While the 2020 event did see strategical championship changes under safety car conditions, the climate did prove to end the 2020 championship on an anti-climatic point.

While this has been the unfortunate case, Kyalami did still prove to give us a sensational end to the championship.

Will Porsche make it a hat-trick of constructors championships in 2021 or will BMW come back even stronger? The 4th of December 2021 will certainly be a highly anticipated event.