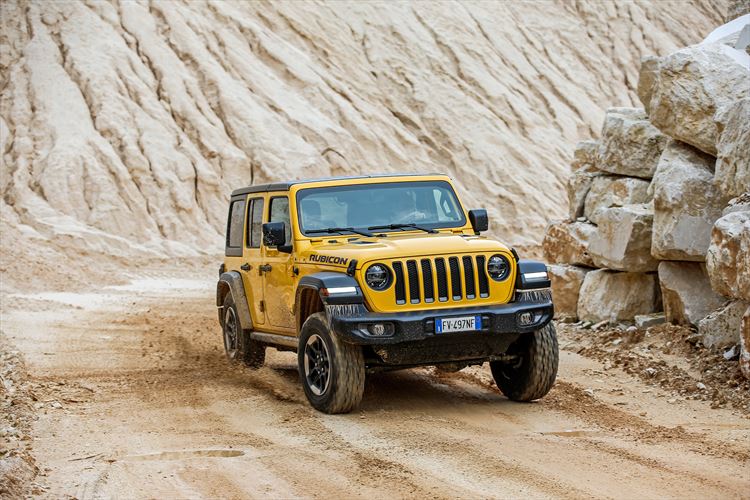 The Jeep® brand won big at the German SUV and 4×4 title OFF ROAD Magazine annual Readers’ Choice Awards. Readers of the off-road specialist publication voted their favourite 4×4 vehicle and SUVs from a selection of 185 models competing across 13 categories. The Jeep brand stood out by winning two coveted first places, as already in the last three years.

The iconic Jeep Wrangler won the ‘Off-Roader’ A category, for the sixth consecutive year, taking 31.9 percent of the readers’ votes – well ahead of the second-placed model (27.8 percent).


The Jeep Renegade was named Best ‘Sub-Compact’ SUV in the C category, for a fifth year in a row. The Renegade was the first choice of OFF ROAD readers, earning 18.3%, percent of the votes. This was a particularly impressive achievement as the Renegade is the first Jeep model ever to run in the sub-compact SUV class and has been a winner in this category since its market introduction five years ago. Its unmistakable Jeep design, as well as its class-leading 4×4 capability, were particularly well received with OFF ROAD readers.

The flagship Jeep Grand Cherokee achieved second place in the B category ‘luxury Off-Roader’, ahead of all other imported brands in Germany.

The new Jeep Wrangler also earned a second extraordinary recognition for this year, as OFF ROAD readers placed it on the podium of the “Newcomer” category for the second consecutive year.

The OFF ROAD Awards were started in 1982, giving enthusiastic readers of the specialist 4×4 magazine the chance to vote for their favourite models. Over 38,500 readers took part in the 2019 edition of the OFF ROAD polls.