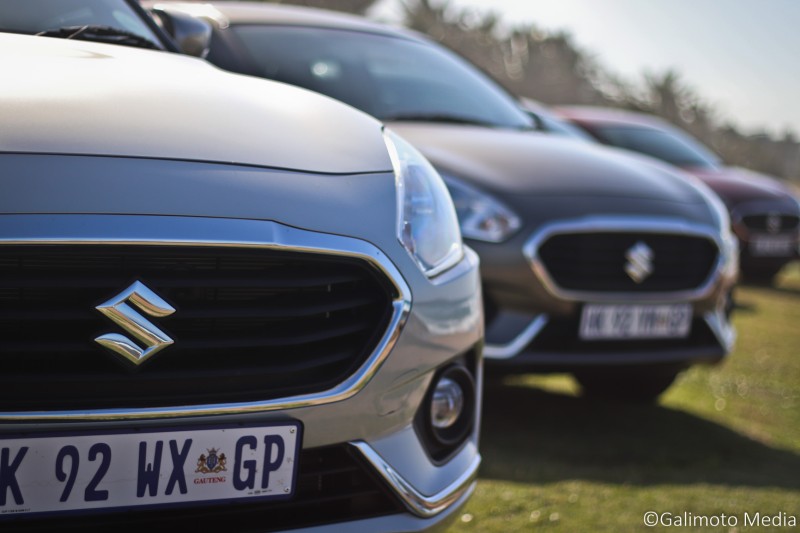 New Swift to stun the market

The Suzuki Swift has, since 2008, become unanimous with affordability, compactness and easy city commuting. With the new Swift line-up launched in 2018, the brand aims to stun the market even more. Thirty percent of all Suzuki sales in Southern Africa takes the form of the Swift. 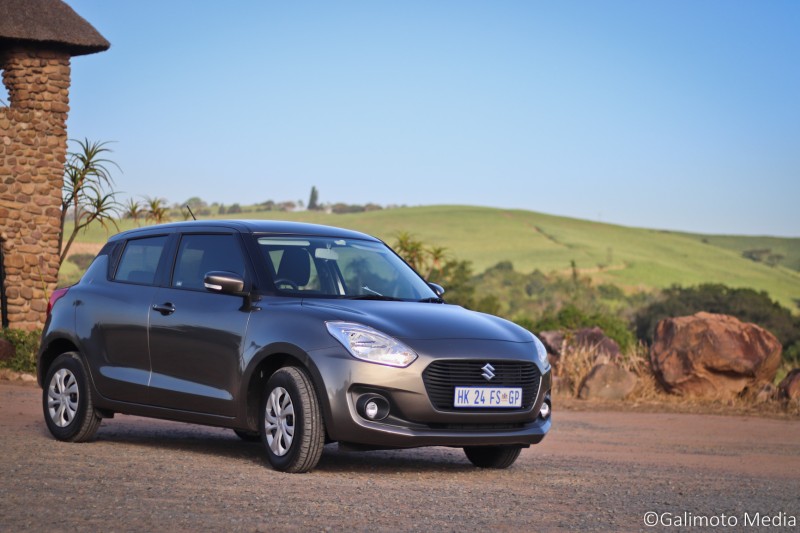 Having an even bigger market share in 2017 and early 2018, Suzuki has made quite a mark on the affordable, value-for-money car segment and with the new Swift, they may well see this share grow.

Landing on South-African shores, the new Swift already has the RJC Car of the Year (Japan), Scottish Compact Car of the Year and a place in the top-three for the World Urban Car of the Year. The outgoing Swift model also sold 2,966 units in 2017 alone. The Swift alone also sold 6 million units (globally) and accounts for 30% of all Suzuki sales, proving its highly praised popularity. 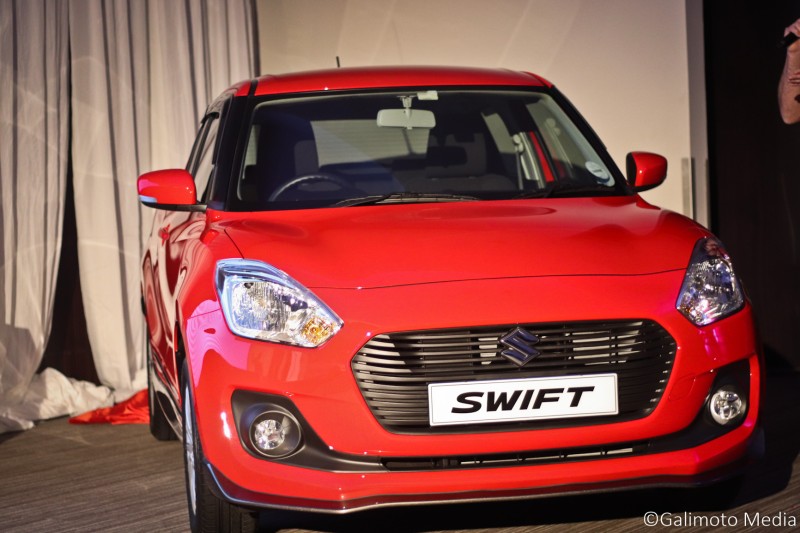 Firstly, one of the most striking new features is the rear door handle, which is now situated on the C-Pillar, proving to be quite a nifty new design for ease of use. The new Swift also features a new side-design and an even more striking front grille. This has been done to let the car look sportier, but to also improve aerodynamics.

The car has been designed as an affordable and striking car for young millennials; with hastags like #AllTheRightFeels, #Fun, #FeelsShapShap, #FeelsNah and #FeelsSafe. Suzuki also aim to have some interesting and exciting news for new buyers during the course of 2018. 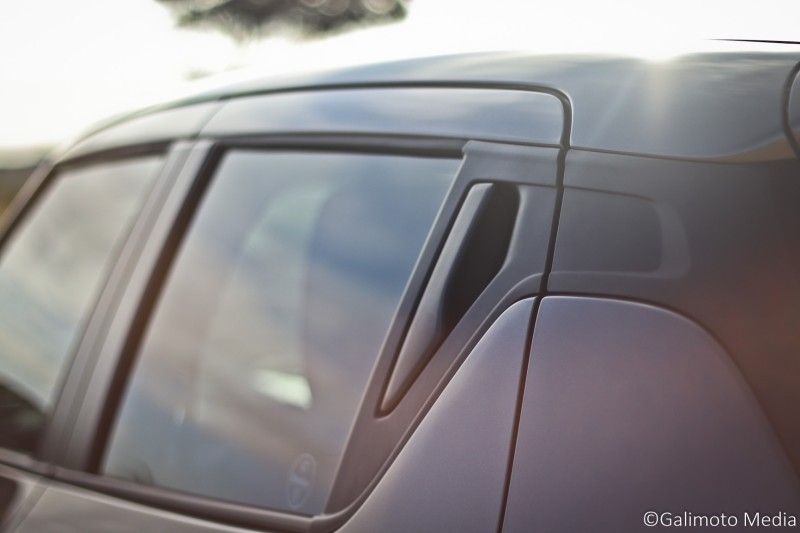 All of the exterior lights (front and rear) are now fitted with LED technology. The top-end GL models feature colour-coded side mirrors and front fog lights.

New to the model range is the D-shaped steering wheel and a center console which has been angled towards the driver by five degrees. All the models will also be equipped with air conditioning, front and rear electric windows, an information display, security alarm, power steering and remote central locking. They also feature two front airbags, ABS (with Electronic Brake-Force Distribution) and ISOFIX seat anchors. 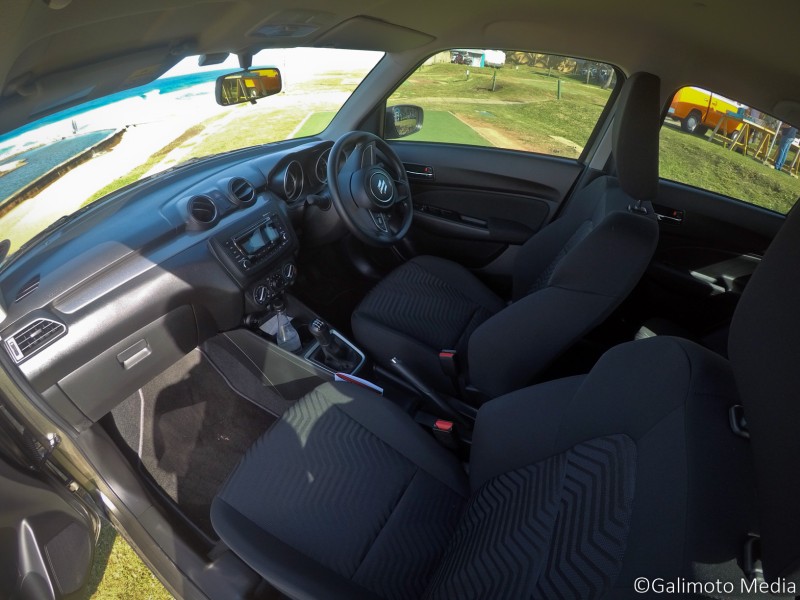 In terms of dimensions, the new Swift is 10mm shorter but 40mm wider. The wheelbase has been expanded to 2,450mm, providing more chassis control on the road. Widening the Swift has also improved rear passenger space, with 23mm more head room.

The luggage space has also been improved to 268 litres of space (58 litres more than the 2011 Swift model). With the rear seats being able to fold down, one can easily fit two Labradors. 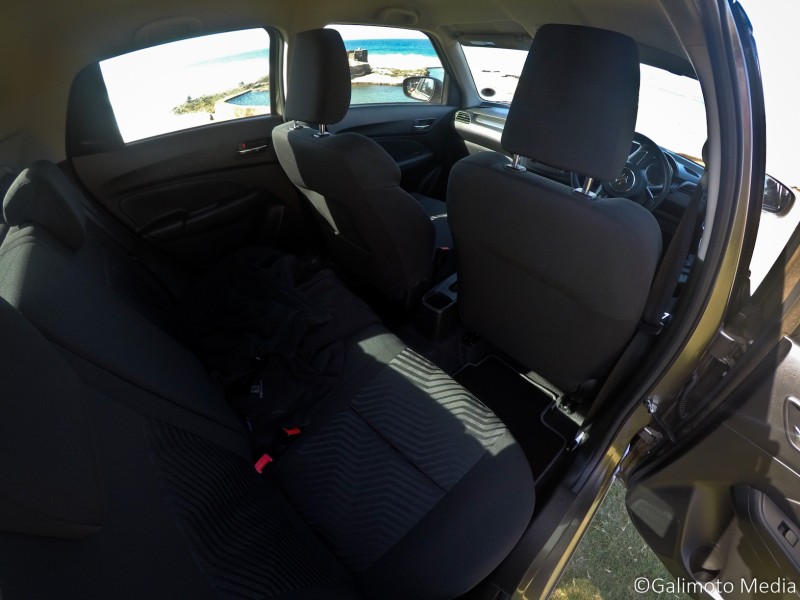 Safety has also been a big concern for Suzuki in developing the new Swift, providing them with the 2018 Urban World Car of the Year finalists position.

The new HEARTECT platform is based on a stronger, and stiffer chassis construction, improving cabin safety in the event of an accident. This new chassis and MacPherson front suspension also improve the car’s handling. With an improved turning circle of just 4.8m, it is easy to understand why this car is so popular in the urban mobility context.

Oh yes, and the gross weight is a remarkable 875kg, 95kg lighter than the previous models. This, with improved engine standards will improve on fuel consumption (claimed 4.9 litres per 100km). 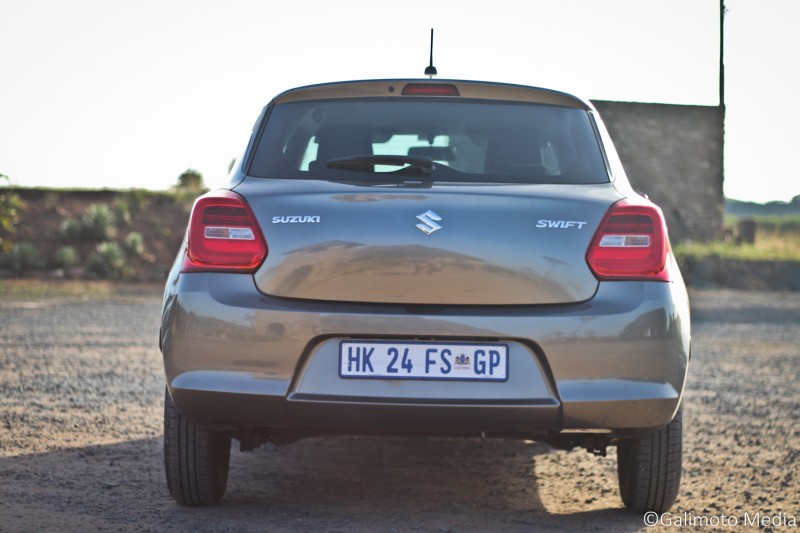 The Swift line-up will feature three models. The GA models serve as the entry level Swift (with an exceptionally good retail price), while the GL models have more extras and a choice between a manual or automated manual transmission.

The reliable K12M four-cylinder engine delivers 61kW (at 6,000rpm) and 113Nm (at 4,200rpm). For the GL range, users will have the choice between a five-speed manual or automated manual gearbox (AMT).

The new Swift definitely enters the 2018 car market as a leader in the “bang for your buck” segment. Yes, it might only have a 1.2 normally-aspirated engine, but it certainly delivers enough power at high revolutions and will not grind to a standstill in the hilly Kwazulu-Natal. Fuel efficiency is also very good with the car also being light and more ‘streamlined’.

With a wider chassis, the car handles better around corners, with its overall turning circle also being adequate for small confined city spaces.

Then comes the issue of rear luggage space. As one of the main concerns for previous Swift owners, Suzuki has put considerable work into this. Driving in pairs of two, myself and my co-journalist had lots of fun to see if we could fit all our luggage, both horizontally and vertically. This worked well, without even letting the rear seats down.

The new Swift should be reckoned with as a real threat to its competitors. Suzuki had a very successful year in 2017 and will surely continue this trend, considering the improvements on their established and well-designed model ranges.