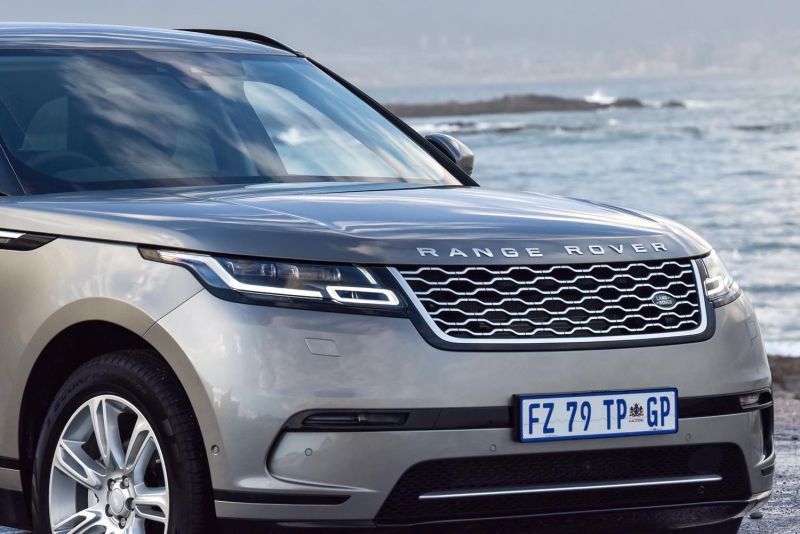 Meet the fourth member of the luxury Land Rover line-up

Style and sophistication. Two attributes which used to be an alien term at Land Rover but made a slow and graceful entrance in the seventies when Range Rover appeared on the scene. That first luxury SUV from the green oval brand paved the way for countless successors of which the latest one is called “Velar”.

For the sake of clarification, this sleek model does not replace anything and slots into the range as such: Range Rover, Range Rover Sport, Range Rover Velar, Range Rover Evoque, Discovery, Discovery Sport. Land Rover execs were adamant that Velar would conquer sales from other brands more than it would cannibalise those of its stable mates. 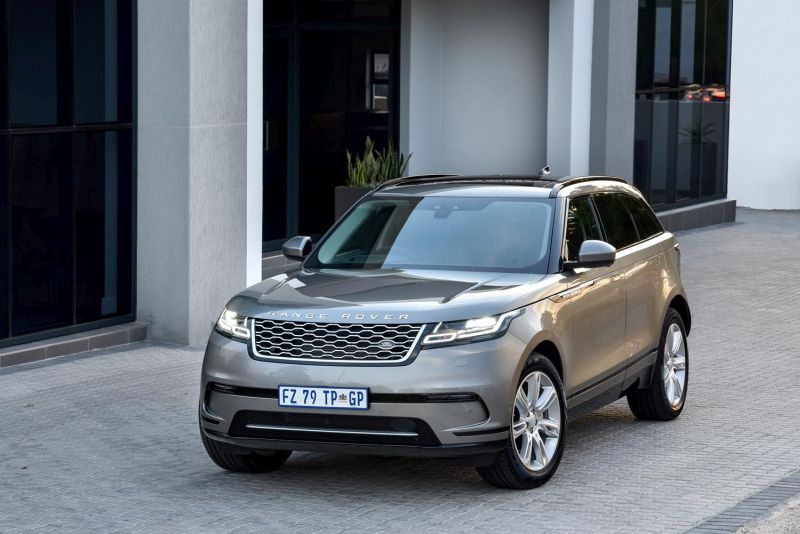 They were also quick to point out the newcomer’s unique selling points. Where other Landies have seven seat versatility or extravagant luxury, the Velar is big on simplistic elegance and customizable chic. By removing clutter from its design (including flush door handles), the Velar looks as if it just hatched. Which I guess it did… 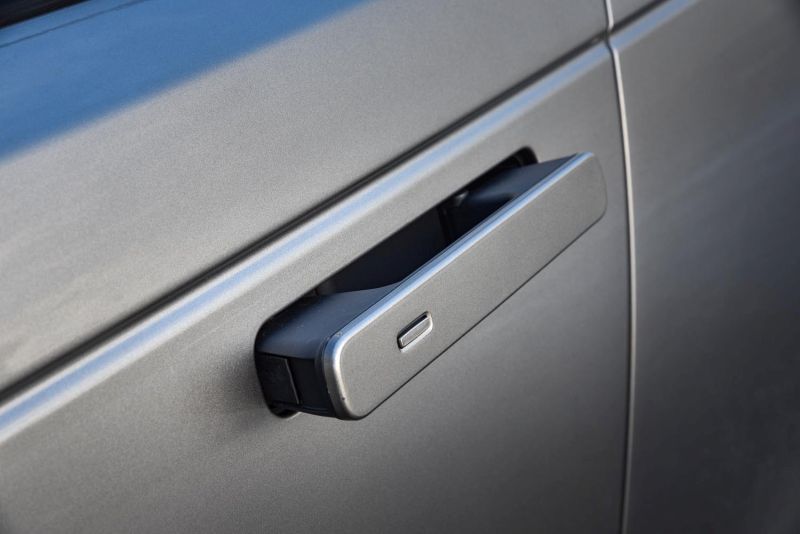 So overwhelming is the reduced perfection of its exterior styling that it looks like a motor-show prototype. Land Rover excels in this discipline as the Evoque did much the same a few years ago. And just like the more compact and affordable Evoque, this Velar is a torch-bearer for future design elements and technology. 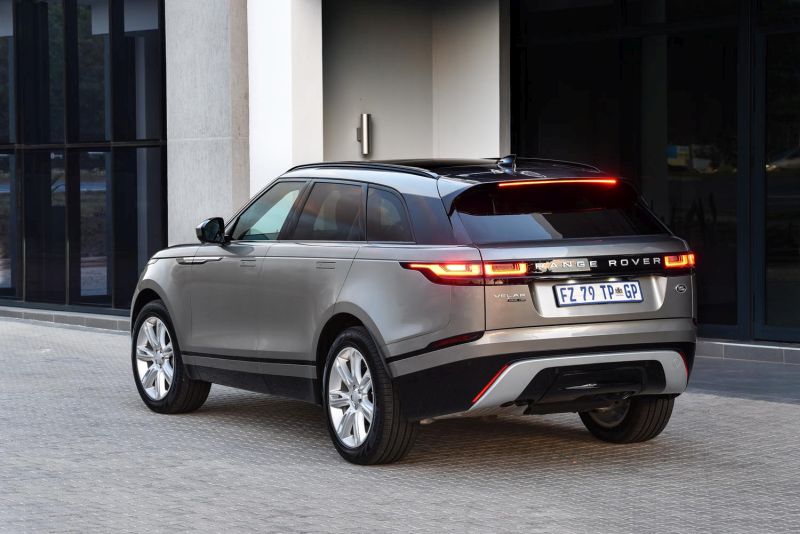 Besides the sleek nose, chiseled profile and regal rear end – all of which contain Jus de Evoque – this luxury SUV will gift its stylish cabin elements to other Range Rovers in due course. Highlights include a tilting main infotainment screen and a floating vehicle / ventilation screen with multi-function dials. 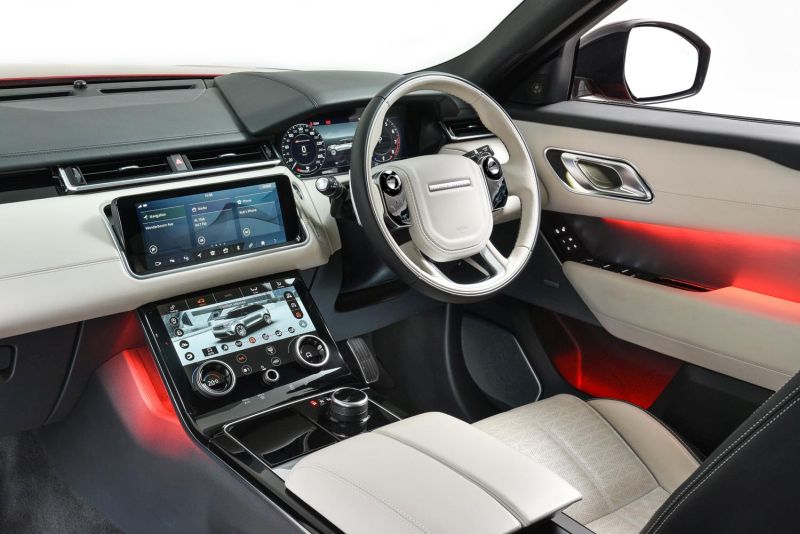 I’d love to explain it better and possibly compare it to Volvo’s centre stack layout but I would probably do it a huge injustice. It’s best that you explore it yourself; and might I suggest penciling in quite a wad of time to dive into the myriad of menus and countless drive, parking, navigation or media options? 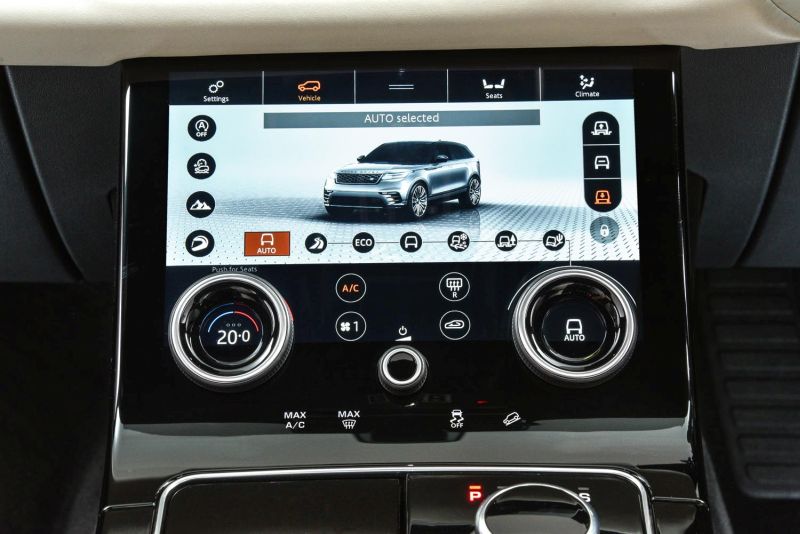 Of course the Velar is also crammed full of active and passive driver aids, some of which live in the options list or form part of a package. Specifications may also depend on which model and engine you choose – at the time of writing, there are two trim levels and a delicious “First Edition” available. 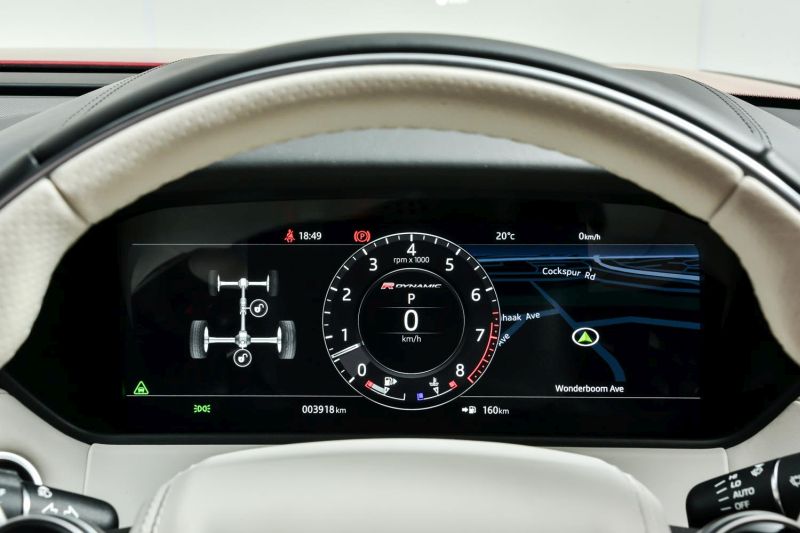 Marketing material speaks of six engines but physically there are four – a two-litre four cylinder in turbo-diesel or turbo-petrol form, as well as a three-litre V6 turbo-diesel or supercharged petrol. Both 2L motors come in two states of tune each and that totals six outputs ranging from 132kW (180hp) to 280kW (381hp) or 365 to 700Nm. 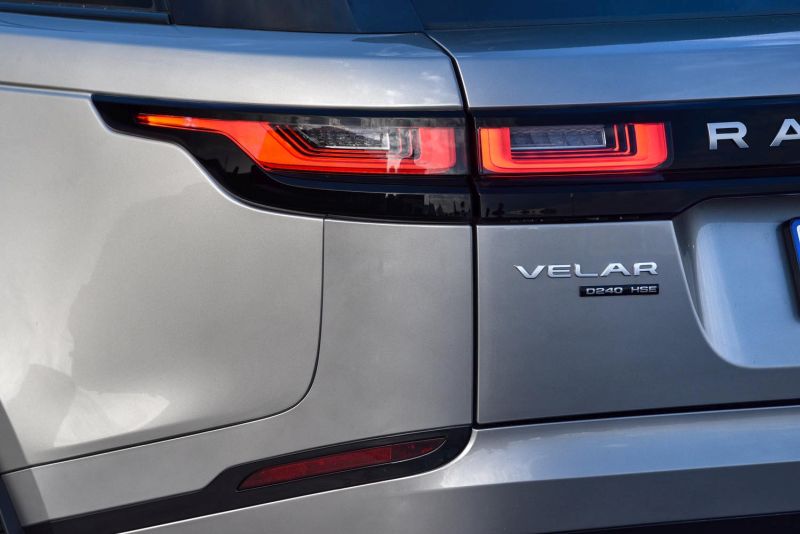 Land Rover gave each model a unique badge identifying its fuel type and horse power output resulting in the line-up of D180, D240, D300, P250, P300 and P380. All Velars are fitted with four-wheel drive and the latest intelligent Terrain Response system. Adaptive Air Suspension is an optional extra on some models. 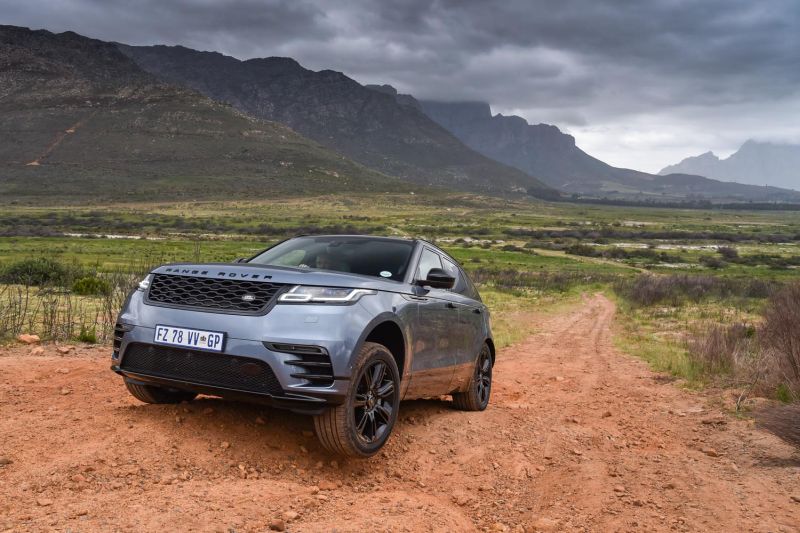 During its rather damp and muddy launch, I drove three Velar versions back-to-back: the 3L turbo-diesel, 3L Kompressor V6 petrol and 2L turbo-diesel. While the last one was probably the most sensible, economical and certainly a future sales champion, I enjoyed the rev-happy petrol V6 but fell in love with the turbo-diesel six pot. 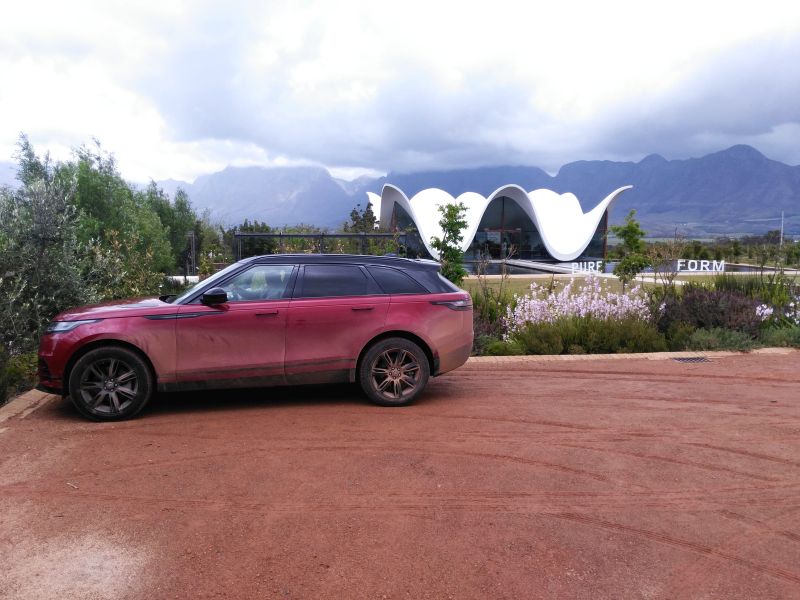 Every Velar felt sure-footed, smooth and responsive on- and off-road while the air suspension provided a most comfortable ride. My elderly co-driver and I always opted for the suave SUV’s “Comfort” setting or – at a push – left it in the predictive “Auto” mode. This setting also controls the ride height and water / wading sensors. 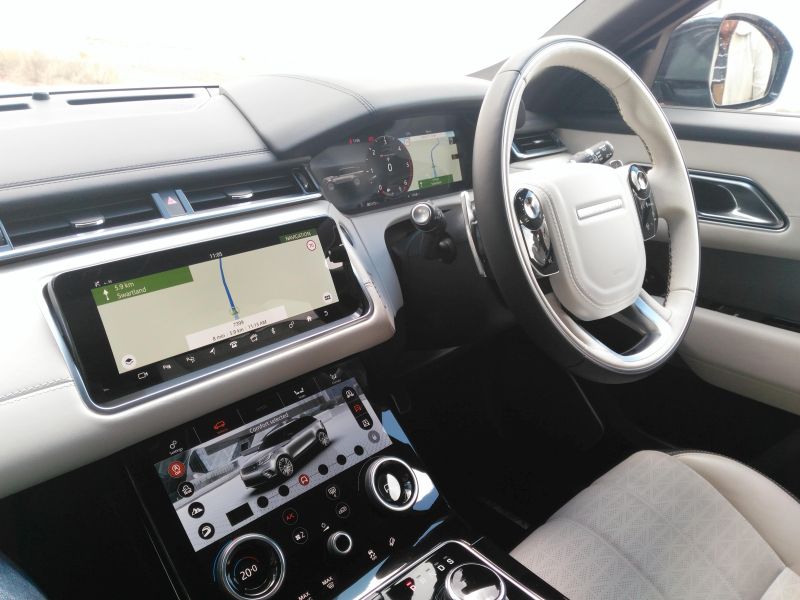 Performance was always satisfactory with only slight hesitation on full kick-down from the adaptive eight-speed automatic gearbox. Like most prospective owners, we did not explore serious terrain and all launch vehicles were fitted with road-biased 20-inch wheels which also led to someone asking “Why did you bother making it a 4×4?” 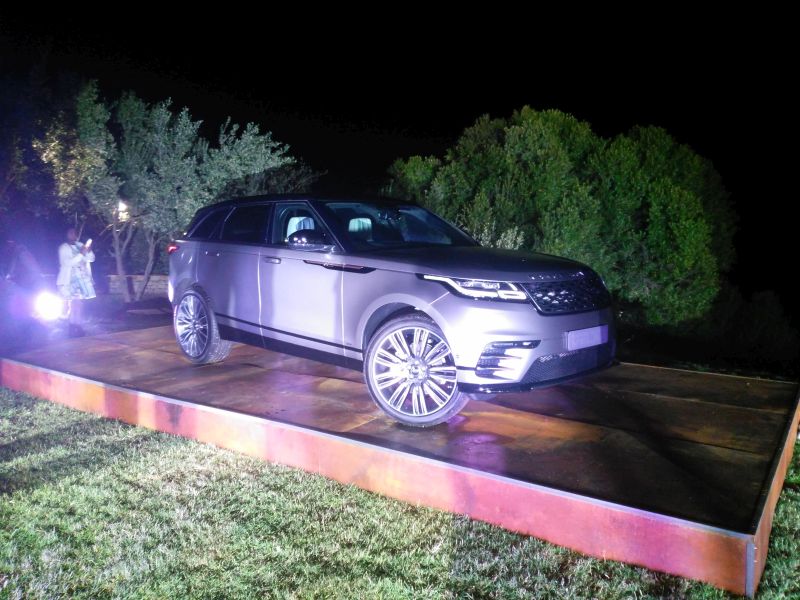 The car’s caretakers were quick to admit that most customers would never reach (or need) its impressive off-roading potential but the ability to ford rivers and climb mountains is a core Range Rover value; much like safety and luxury. And if it says Velar on the automated rear tailgate, it wears a perfectly-tailored suit, too. 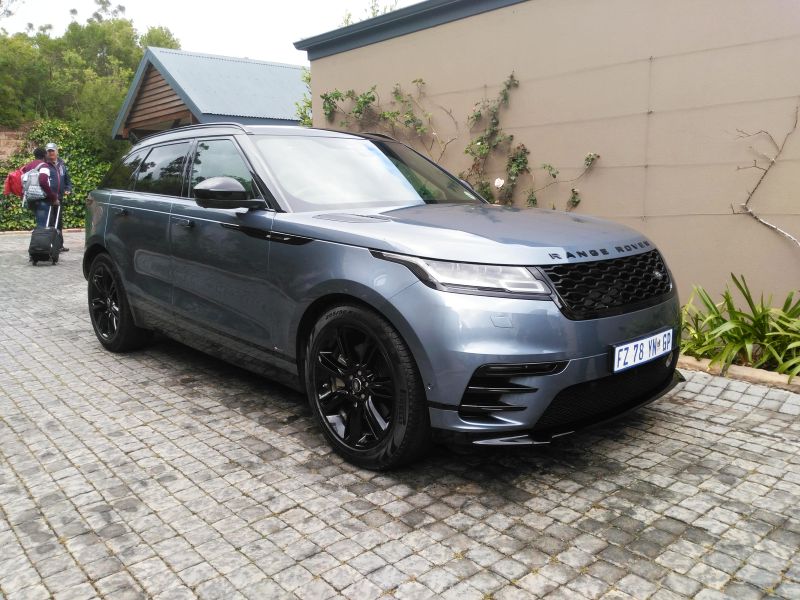