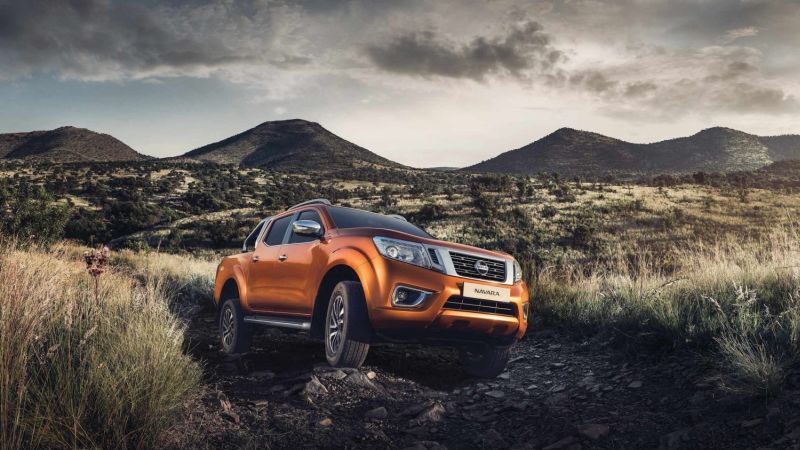 Has the wait for the new Nissan Navara been worthwhile?

It’s been a long time coming because a lot of time was spent ensuring Nissan’s latest bakkie can master local conditions. The company said the same thing at the press launch in Australia so one wonders just how different our conditions might be.

For now, the new Navara is built in Thailand which is surprising but let’s rather concentrate on what fresh ideas the new Navara brings to bakkieville. Regular readers know that I am not a likely bakkie buyer and have no desire to drive off-road. The biggest load I’ll carry is an overnight bag for a car launch in a neighbouring land.

The bakkie has weaseled its way into the nation’s psyche and Nissan is keen to reassert itself in a category it was ensconced in until it allowed the likes of Ford to muscle in, largely as result of having middle-aged offerings. It has long been my view that Nissan produces some of the best engines in the business, so it came as no surprise to me that the new motor in the Navara is the star of the show.

Under the shapely bonnet of the new model sits a 2.3 litre four cylinder diesel invigorated by twin turbochargers which help immeasurably in producing a set of figures that underline just why this mill works so well, right across the rev range.

Its very competitive 140kW arrives at just 3,750rpm while peak torque of 450Nm is there from a dawdling 1,500rpm to 2,500rpm. That means that the engine is almost always offering maximum pull whether in slow conditions or on the open road, where it is pleasantly muted.

At cold start-up it can be a little clattery but otherwise it goes about its business with due decorum and provides the kind of power to at least match most of the 3.0 litre brigade with the exception of the V6 Amarok.

I should disclose that three 4×4 models made up the range at launch, being the 2.3D SE and LE 6-speed manual as well as the 2.3D LE 7-speed auto. That should tell you all are identically powered just as they are all fitted with Nissan’s big talking point- the 5-link rear suspension with coil springs. If ever there’s one aspect that lets a bakkie down, it’s unladen ride.

Leaf springs and a solid axle, in conjunction with an elevated ride height and ladder frame chassis can’t produce a cushy drive so how does the Navara resolve this? On paper, it does so by better location of what is still a solid rear axle, thanks to the first in class five links. The use of coils for springing in place of near-universal leaf springs was a move intended to provide more progressive and cushioned reactions to road imperfections.

I have to be honest and say not quite as well as the brand publicists might like you to believe, but that doesn’t mean the changes haven’t wrought some improvements.

Considering the unladen state of both vehicles we tried, there’s less hop on corrugations and a more cushioned feel to the ride when bumps are encountered, but that doesn’t mean that this bakkie has become a limousine and load carrier rolled into one.

On undulating tar roads, the isolation of the chassis from external disturbances is better, as is overall refinement. Open road cruising is pleasant except on corrugations and any pock-marked dirt roads, where the rear end is less assured but it’s better than you’ll find with the Hilux, Ranger and Isuzu KB.

As for transmissions, the seven-speed auto works really well, changing smoothly and without too much slip. It’s definitely the transmission of choice for any regular off-roaders as it takes away a lot of work load in trying conditions such as encountered in the dunes we tackled.

Having said that, the six-speed manual passes muster thanks in part to a light and progressive clutch but be aware that the shift action is endowed with a longish throw and a rather deliberate movement across the gate.

Nissan claims best-in-class drive angles, as proved most convincingly in the dunes. Best-in-class payloads average out at a tonne, with 3,500kg braked towing capability.

Further, you’ll find all models are offered with shift-on-the-fly 4×4 plus low ratio transmission and an electronic locking rear diff. The two LE models have hill start and descent assistance.

In terms of size, the Navara has resisted the growth trend and is therefore easier to handle in urban shopping centres while still having the capacity to carry five occupants, albeit those in the back will find themselves sitting rather upright.

Specification levels depend on the chosen model but whichever meets your needs, you’ll find a well-trimmed and comfortable cabin up-front, albeit that soft-touch surfacing is hard to find.

Some of the niceties include a rear air vent, powered sliding rear window, sat nav, keyless start, cruise control, Bluetooth, a host of air bags and more. Let’s just say the specification levels on the new Navara are generous.

It’s taken Nissan rather too long to get these new models into the market which means they may have to claw back lost ground, but the Navara is well-equipped to do just that.

It’s somewhat understated – a Nissan trait, maybe – but there’s an inherent honesty here which means that you won’t find acres of chrome adorning the neatly-styled body and you won’t need a harbour master’s licence to park it.

Any bakkie aficianodos should definitely give it consideration; especially because the engine is a strong all-rounder promising good fuel consumption of about 7.0l/100km (combined cycle).

The pricing for Nissan’s range of Navara bakkies starts at around N$520,000 and that includes a warranty for six years or up to 150,000km as well as a service plan of three years or 90,000km.