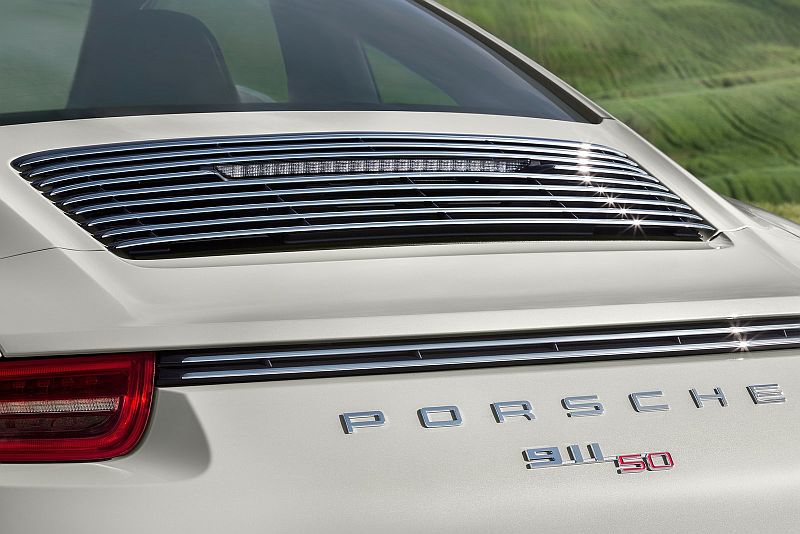 The Porsche 911 is absolutely legendary so it was only a matter of time until NamWheels took a good look at its ancestry.

First generation, A to F Series

The very first generation was actually called 901 but Peugeot made noises about their trademark three-digit model names with a central zero. After just a few months and about 80 produced vehicles, the car was renamed 911. It replaced the legendary 356 model.

As for other milestones, pre-production began in May 1964, with series production starting in September of that year. By October the nomenclature had changed from 901 to 911.
Around March 1966, there was a switch from Solex to Weber carburettor and in December 1966, the gracious Targa model with its removable roof panels was introduced.

By mid-1967, the 911 T’s power grew to around 110PS, the braking system was improved and buyers had the option of a four-speed “Sportomatic” semi-automatic transmission.

From August 1968, the 911’s wheelbase grew by 57mm to 2,268mm, the fenders / wheel arches were widened and mechanical fuel injection was introduced for the 911 E and S derivatives.

The early seventies saw various cosmetic changes and the larger engine sizes mentioned above, with the most famous model arriving for the F series late in 1972. The 2.7L Carrera RS was not only the most powerful Porsche 911 at the time, it was also Germany’s fastest passenger vehicle. It was followed by an even more powerful 3.0 RS model a year later.

By the mid-seventies, revised gearboxes and even larger engines (mostly 2.7L) with new BOSCH fuel injection greeted the visually restyled G series cars. The most notable newcomer was the 1975-onwards Turbo; the first forced-induction 911 and quite a beast whose snappy handling could easily catch out the inexperienced pilots.

The opposite end of the performance scale was brought by the 912E, a US-bound four-cylinder model which made way for the all-new, front-engined four-pot Porsche 924 coupé in 1977.

By this time, some performance models like the Turbo or Carrera had again increased their engine size; this time to 3 litres. The internally-known 930 Turbo quickly grew by another 300cc and hit the magic 300 horsepower mark and its larger charge-air intercooler necessitated the fitment of its now legendary “whale tail” rear deck spoiler.

Very late in the 1980’s Porsche introduced a heavily-revised generation of the 911 known as the 964. Although the vehicles looked unchanged to the untrained eye, up to 85% was new or revised. Most engines were bumped up another 300cc to 3.6 litres.

Innovations during the four-year lifespan of this range included ABS-assisted brakes, airbags and power steering; as well as four-wheel drive for the Carrera 4 model. High-performance versions included the 3.3 Turbo (debut 1990) and Carrera RS in 1992.

This 911 generation is often cited as the enthusiast’s favourite because it blends Porsche’s legendary air-cooled engines with modern features; thus providing everyday usability. Although it was visually restyled, the classic Porsche look was still retained while tech upgrades included a new rear suspension, variable-length intake headers, optional “Tiptronic” automatic gearbox, as well as a revised 4WD system for the Carrera 4.

Most engine sizes remained at 3.6 litres but special models like the RS went up to 3.8L. The 993 Turbo (also 3.6L) delivered a staggering 300kW for 0-100km/h sprint times in the lower 3-second mark. A huge reason for such amazing performance was its permanent all-wheel drive system; something all Turbos had since this model.

Oh dear. This is the model most Porsche-fans love to hate which – much like with other German brands – ushered in dark times during the late nineties and early 2000’s. Never mind the new design and many developments, the 996 is notorious for being the first water-cooled (hiss!) and none-round headlight (boo!) model.

Novelties included more four-wheel drive derivatives (including the Carrera 4S), new info-tainment and luxury features, as well as the new 3.4L water-cooled flat six petrol motor. In later and more powerful models like the Turbo and Turbo S, it was upgraded to 3.6 litres.

The lightweight GT3 and GT3 RS models also made their debut with special emphasis on outright performance and handling. Their high-revving 3.6L engines developed anything between 268kW and 284kW at phenomenally high rpm’s.

Although the 997 was a soft evolution of its predecessor, Porsche quickly reverted back to a more classic (round headlight) design. It featured better aerodynamics, a revised interior, more powerful brake and of course… larger and stronger engine choices; some with direct fuel injection.

3.6 and 3.8L models were on offer, with the famous Targa name returning late in 2006. The 997 Turbo developed a colossal 353kW from its (variable-vane) twin-turbocharged 3.6L flat six motor. Another huge innovation was PDK (Porsche DoppelKupplungsgetriebe) or dual-clutch automated transmission which arrived in the middle of the range’s life cycle.

The GT3 and GT3 RS arrived early in 2006 while a revised version of the RS went on sale from the second half of 2009. By 2011, Porsche released another version with a 4-litre engine and up to 500hp from it screamer of an engine. The even meaner GT2 (turbocharged) derivative debuted in 2007 and developed 530hp from a 3.6L engine while the GT2 RS (2010) pushed that figure to a simply staggering 620hp.

The 991 was a completely redesigned and brand-new series of 911 vehicles with engine sizes ranging from 3.4 to 4 litres. The whole platform is improved, from its mostly aluminium construction, drive train location and major component positions. Obvious inclusions are the latest active and passive safety systems, active handling aids as well as luxury and convenience features. Purists complain about the change to electrically-assisted power steering.

Besides optional torque vectoring and an updated PDK dual-clutch automatic transmission, Porsche offered the world’s first 7-speed manual (with rev-matching feature) in various models of the 991 series. To show the amazing engineering behind its development, the cars in this new model range are bigger but lighter, more powerful but with better fuel efficiency; also thanks to coasting and start/stop systems.

The Carrera 4S all-wheel drive system is further enhanced with on-demand activation while the 560hp Turbo S breaks through the 3-second mark by managing 0-100km/h in just 2.9 seconds. All Turbo models have all-wheel drive, active engine mounts and rear-wheel steering to further enhance their driving dynamics.

2015 sees the introduction of the Targa 4 (and Targa 4S) models which have a trick folding half-convertible roof with a glass dome at the rear. In the second half of that year, Porsche changes the base model 911’s engine to a 3-litre flat six turbo-petrol… a trend which will continue to all variants in the next generation’s line-up.

Other special or high-performance models include the limited-edition 911 R (introduced in 2016), 911 Speedster as well as the GT2 RS with up to 700hp from its 3.8L engine. That makes it the most powerful Porsche 911 ever built.

The 992 series is currently in production and features the following models for sale in southern Africa: