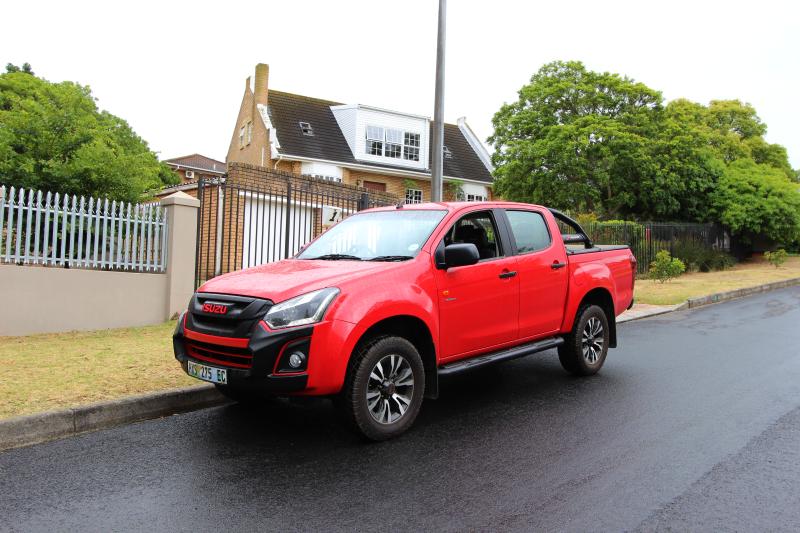 Golden geese, gift horses and hands that feed – surely you are familiar with these sayings? That’s as diplomatic as I can be about our latest long-term test vehicle, a bright red Isuzu KB X-Rider double cab bakkie which most of us at NamWheels drove over the festive season 2017 / 2018.

To immediately put a knife to the golden bird’s neck, I’ve never been a fan of double cabs for one main reason: they are the unholy union of two vehicles. A reasonably comfy “springs-n-dampers” front (usually weighed down by a diesel lump) with a rock-hard ox-wagon leaf-sprung rear; and the whole lot jiggles and rattles on an antiquated ladder frame. 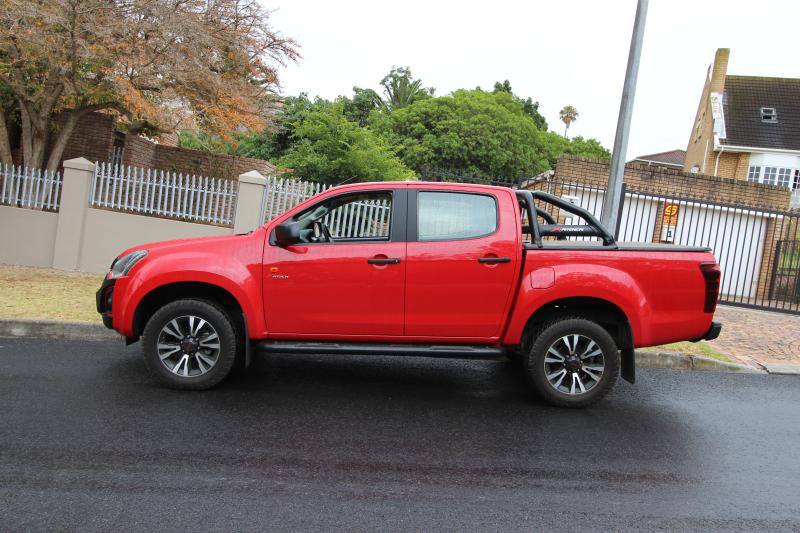 Sure, there are exceptions, but the Isuzu KB is not one of them. It jiggles and rattles A LOT; even on roads which I previously thought were silky smooth. Drive over a speed bump and the heavy front gobbles up the impact with a minor jiggle until the concrete rear axle hits and sends a seismic shock through the entire cabin. 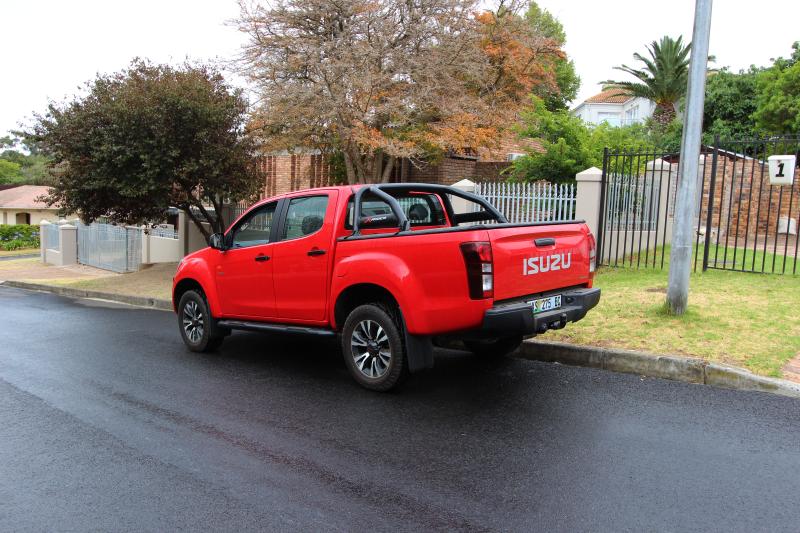 And I wasn’t the only one who took a proper look at the dentures of this free pony. Due to its jiggly and shocking ride, some of my passengers reported mild car-sickness and moderate discomfort. I agree, even though the KB has excellent rear cabin space, plus you sit ON the seats rather than IN them. 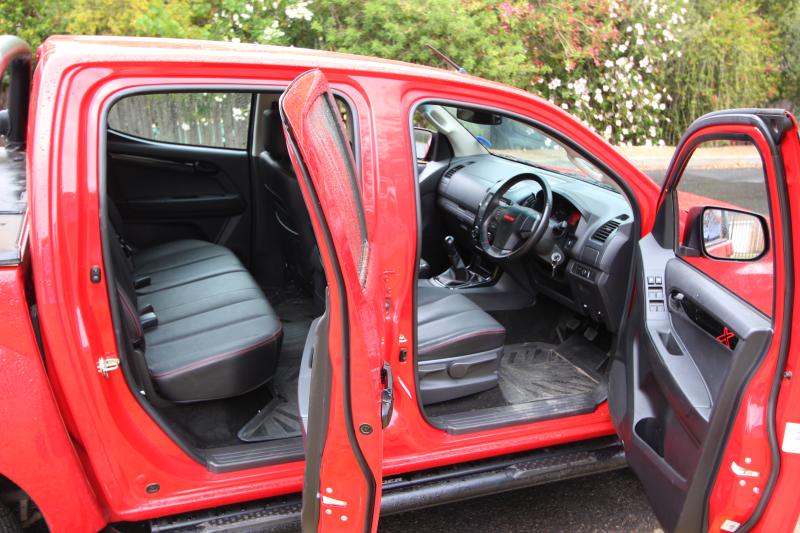 We also took turns at trying to pair our mobile phones to the rather basic sound system. Despite a big “Bluetooth” logo and telephone icons (also on the steering wheel), none of us could make a connection to the red Isuzu. And in case you think we didn’t try hard enough, our multiple attempts included those of a tech-savvy millennial. 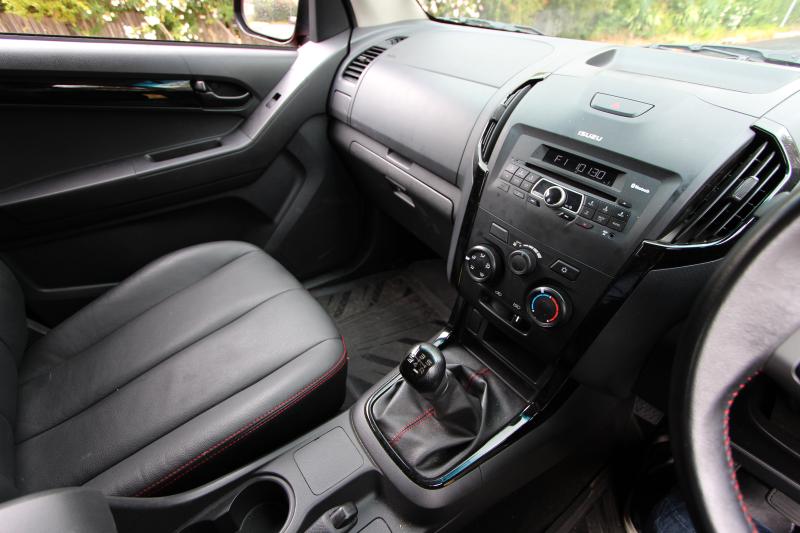 I may have to sink more teeth into the generous hand because the next mediocrity we agreed on was this model’s 2.5L 100kW turbo-diesel engine. Its 320Nm are quite pleasant and easy to use through a five-speed manual gearbox but don’t expect fireworks – our best measured 0-100km/h time was 13.61 seconds. 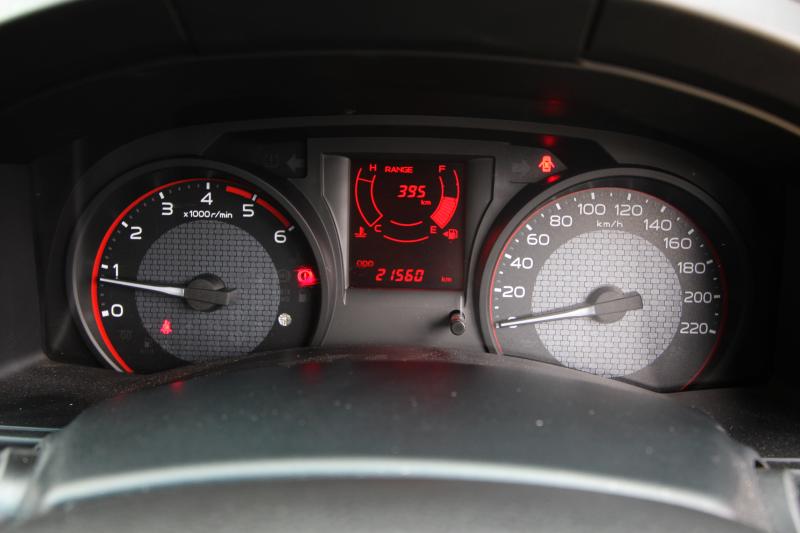 Overtaking at highway speeds can be challenging, getting up steep hills equally so, but at least our red-nosed Christmas car had decent shove from about 1,250rpm onwards and alleged average Diesel use of 10.8km/L from the big 75L tank. That’s just over 9.2L/100km and Isuzu claims 7.7 as an average. 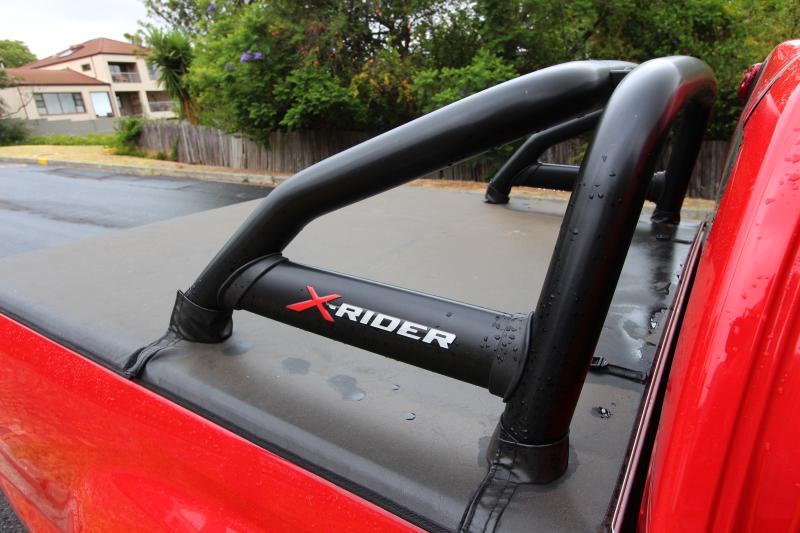 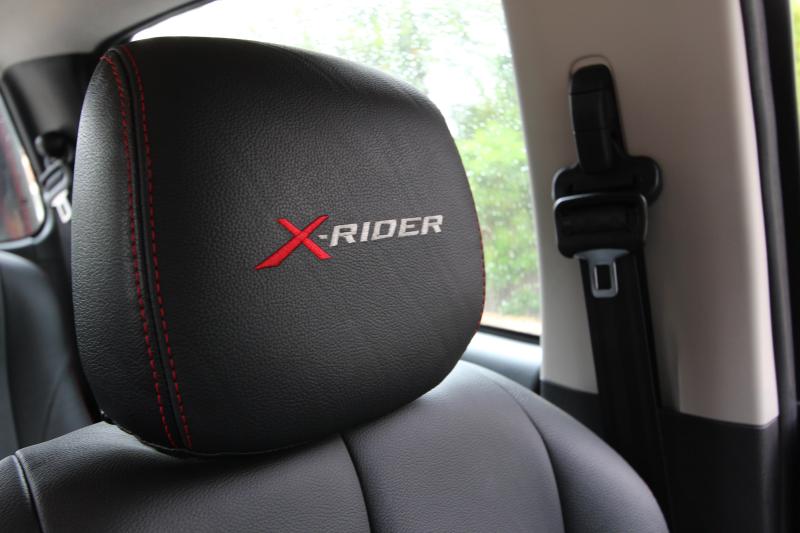 If you’re the sort of person who drives a big bakkie in town, pretending to be a farmer but never leaving the tar roads, this car is for you. Also, we can’t be friends. A few farm roads were no problem for our test vehicle but as soon as I tried to clear a sizable ditch, either of the rear wheels would spin up a huge dust cloud. 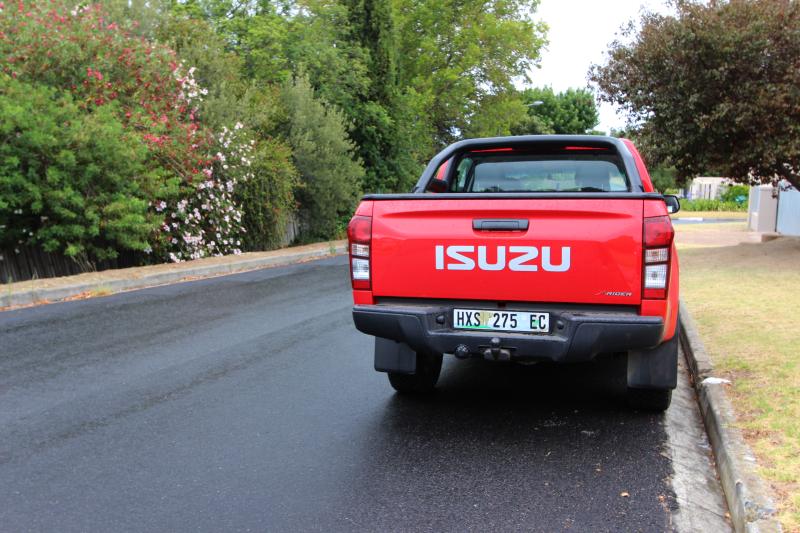 That condemns this Isuzu KB as a complete poser in my books. Luckily you can opt for a 4×4 version which is about 42,000 bucks more than this 4×2’s N$400,000 asking price. And at this point in my review I think it’s only fair that I stop criticizing the gift horse. Although it’s comparatively basic, those prices aren’t bad! 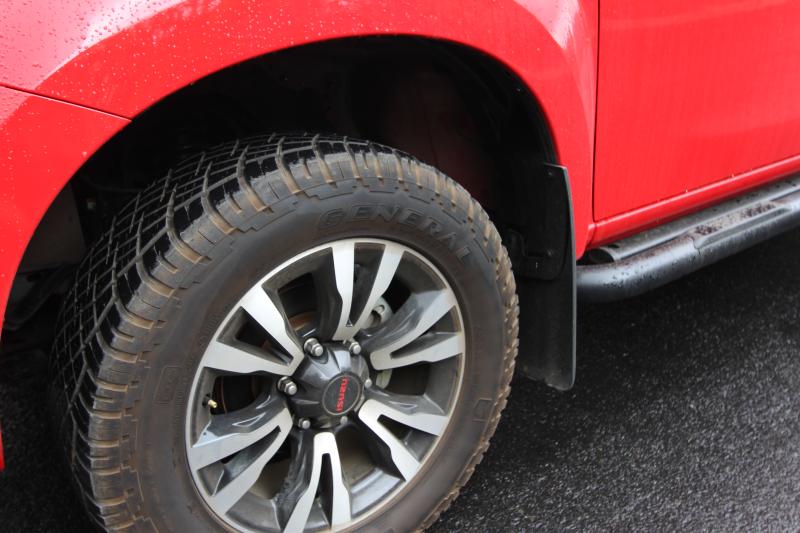 The next positive sensation I got was that its simplicity and leisurely pace gave me a feeling of hardiness and longevity. In my mind, an Isuzu bakkie is a kanniedood workhorse. Its teeth may be a bit crooked but the KB feels hardy and industrious; and the amount of clapped-out Isuzus on our roads strongly underlines that. 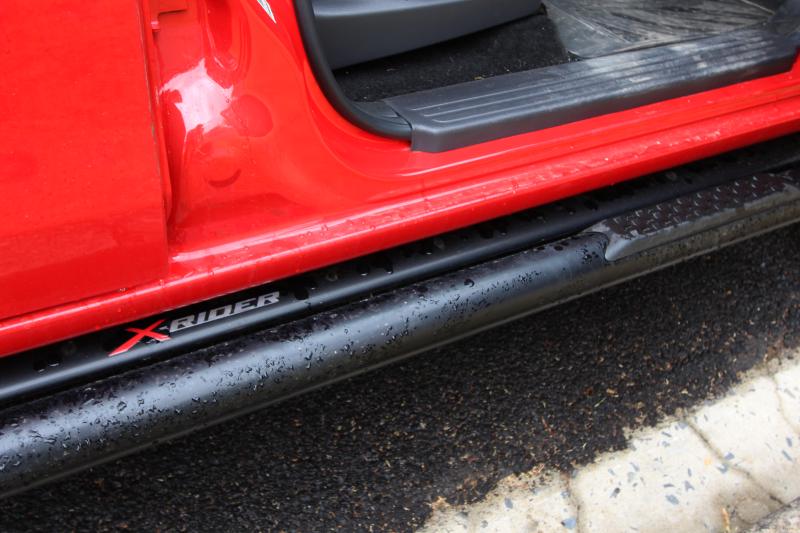 To put it another way, imagine standing around the braai when conversation inevitably turns from rugby to bakkies. If you drive a Hilux or Ranger, you’re OK. Mention an Amarok or that new Merc bakkie to get teased mercilessly. Tell them you’ve got an Isuzu and most attendees will think you’re a farmer. 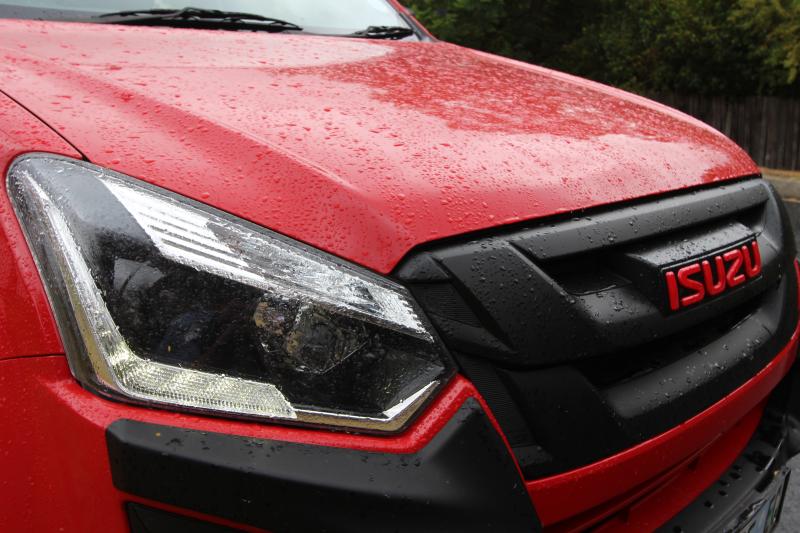 Although I’d never buy one, the X Rider will be my recommendation to people who want a proper double cab to do actual work. Presumably these good folk own an old Nokia, still read the physical newspapers, prefer space to pace, and value economy over beauty. 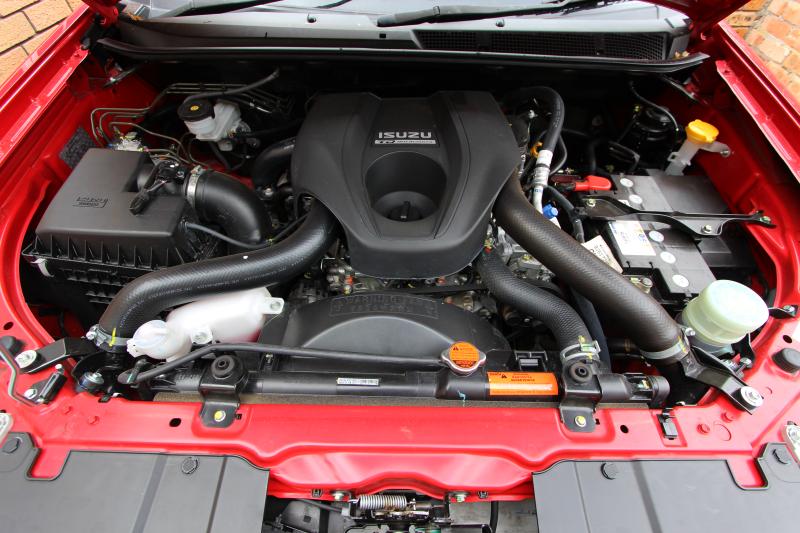 With Isuzu’s recent commitment to southern Africa (by investing in the former GM plant), these KB’s are here to stay on our roads… for forays off the tarmac, I strongly recommend the 4×4 version though. Each X Rider is sold with a five-year / 120,000km warranty and five-year / 90,000km service plan. 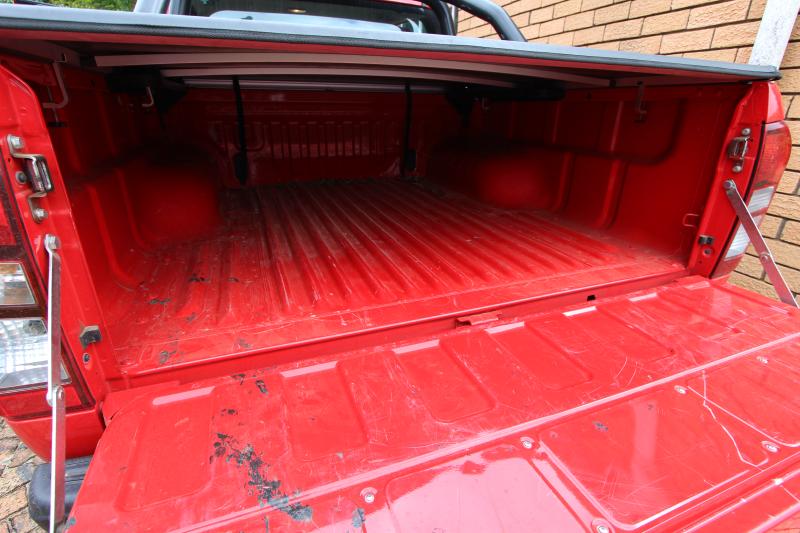 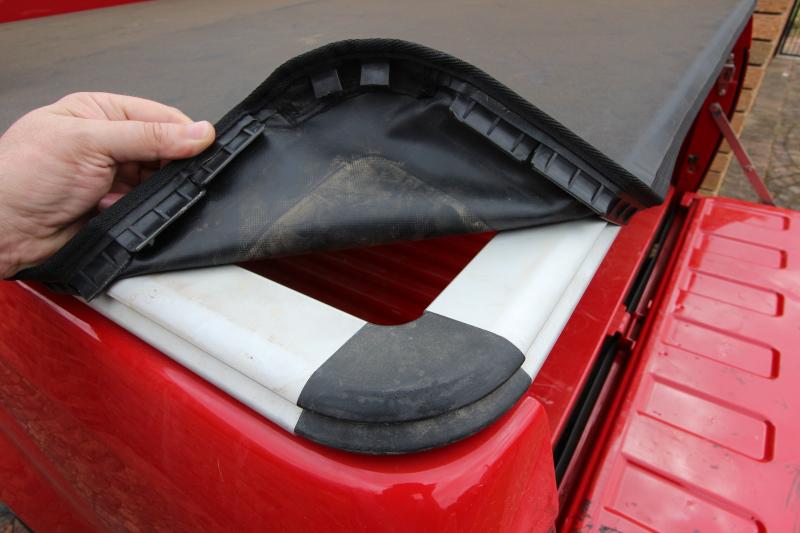