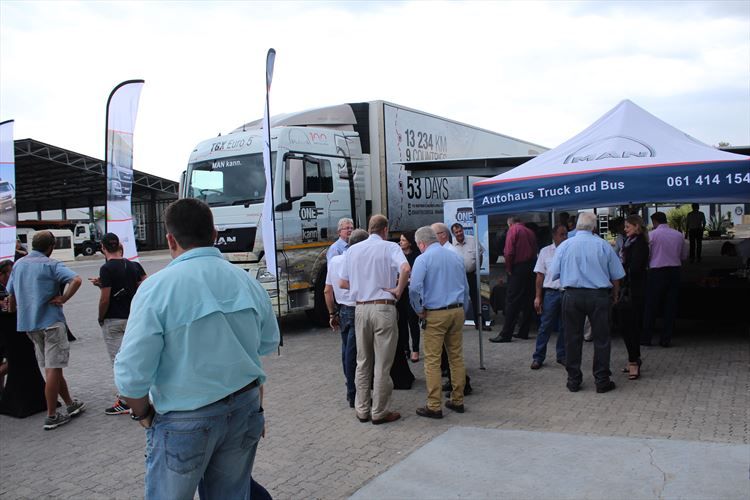 With a history dating back to 1906, family-owned Namibian automotive company, Metje + Ziegler Group, officially opened a new MAN sales and servicing dealership in Windhoek on 20 October 2015, to meet growing demand in the region for both MAN and Volkswagen trucks and buses.

According to Robert Clough, Head of MAN Sub-Equatorial Africa, Autohaus Truck & Bus has improved MAN’s market share in Namibia by 150% since acquiring the franchise five years ago, giving the MAN brand a total national market share of 20%.

Addressing guests, including customers, suppliers and representatives from MAN Truck & Bus Sub-Equatorial Africa and MAN Truck & Bus South Africa at the official opening of the dealership (which boasts a 600 square-metre workshop situated on two hectares of property), Metje + Ziegler Group Managing Director, Verena Grüttemeyer said, “this is not only our new truck and bus facility but also a central point for all new passenger vehicles being delivered to the Metje + Ziegler Group for pre-delivery inspection and dispatch to our respective car dealerships.

“We have been operating this facility for the last six weeks and it has made a huge difference to our business. Despite birthing pangs, Autohaus Windhoek Truck & Bus will now be able to raise service levels, with a new parts facility holding a boosted inventory to the value of NAD5 million (R5 million). A new inspection pit is ready and will improve vehicle servicing turnaround times for our truck and bus customers. The workshop can accommodate eight vehicles at a time and with our team of nine highly-trained technicians, we will be able to keep customer vehicle downtime a minimum.”

Stopping over at the new dealership for the roof-wetting event on its way to Cape Town was the ONE MAN kann adventure-trucker team of Riaan Manser and Nduna Chari in the new MAN 540-hp long-haul truck, the 6×4 Euro 5 MAN TGX 26.540.

With the dealership supplying a full portfolio of MAN and Volkswagen trucks and buses to Namibian transport operators, including government departments and blue-chip multinationals, the arrival of the TGX drew immediate interest from Autohaus Truck & Bus customers and long-haul operators using competitor truck derivatives.

“The ONE MAN kann Journey is not only to introduce the TGX to our dealer network in sub-equatorial Africa but also to create market awareness of MAN’s Trucknology range of medium, heavy and extra-heavy trucks, of which the TGX is the flagship. MAN’s new value-added services which include MAN TeleMatics and our proprietary driver-training programme, ProfiDrive, are integral to the ONE MAN kann Journey and their effectiveness in delivering vehicle intelligence and driver efficiency respectively, is being well demonstrated by this unique trucking odyssey,” Clough added.

Grüttemeyer concluded the ceremony by stating: “When you buy a truck or bus from Autohaus Truck & Bus you become part of the Metje + Ziegler Group family. This new facility has the space, the tools, the parts and the right people to efficiently accord with MAN’s UpTime Principle and our customers can rest assured that they will be well looked after both here and at all Metje + Ziegler Group dealerships around Namibia.”