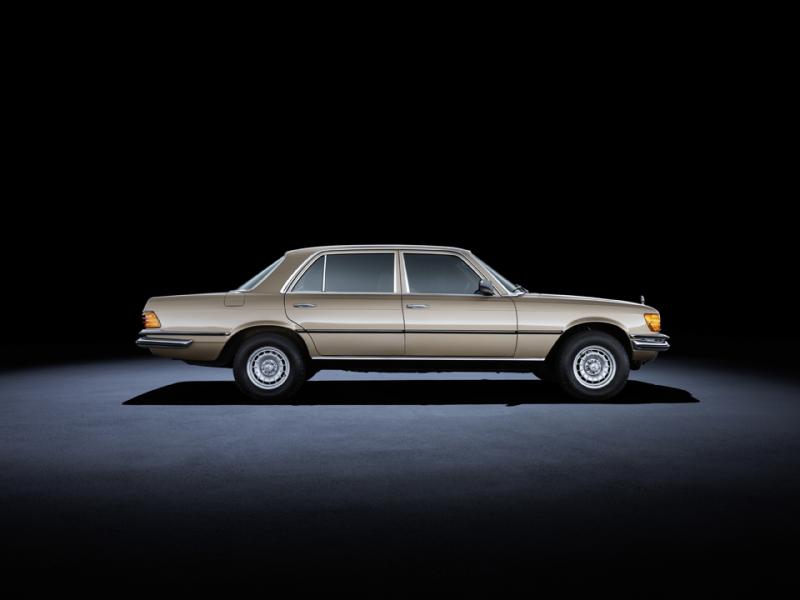 As an automotive media company we get hundreds of car-flavoured press releases a month. Most make it onto our website, some get sent around the office for further discussion and very few give birth to their own story. This time it’s the turn of the Mercedes-Benz S-Class which is celebrating its 40th birthday.

All 280’s were powered by the legendary M110 straight-six engine with dual overhead cams but two valves per cylinder. 280S was carburettor-fed while the models ending with E had “Einspritzung” – fuel injection. 350 models used the M116 V8 engine and 450’s the more voluminous M117 version.

The S-Class also became the bearer of new technology and this model series introduced many innovations. A double-wishbone front suspension, the fuel tank repositioned over the rear axle, padded instrument panel and steering wheel, stiffened passenger cell and doors, plus improved front and rear crumple zones.

I’ll make no bones about the facts that I love birthdays and most Benzes, especially the older girls. Also, the two reasons which inspired me to write this story are the fact that I own a 39-year-old S-Class and that I owe my life to one of these cars or rather, my parents’ choice in automobiles.

I must’ve been about five when a tanker truck picked a fight with our stationary 280S late on a Tuesday night in front of the Klein Windhoek post office. The grass-green Merc came off a distant second best, its crumpled hind quarter leaked groceries but the big Benz had done its job and fended off further advances from the lorry’s steel bull bar.

Mother Dearest used to drive a Golf (Mk1) in those days but after this incident it was mercilessly sold and Mom’s been a Mercedes girl ever since. The grassy 280S is long gone so when my uncle decided to part with his blood-red 350SE a few years ago, I simply had to have it.

Yes, you could say that I’m quite the sentimental fool. Have I mentioned that my red S-Class was my parent’s wedding car in 1974 when it was just a year old? Or how wee me was mesmerised by its colour combination (the interior is all-white leather), spot lights and burbling vee eight every time Uncle Claus came to visit?

Another world-first was the 300SD for the US and Canadian markets, the pioneering turbo-diesel luxury sedan. Mercedes even built armoured versions which were sold 292 times. Overall, 473,035 units of the W116 S-Class rolled off the line when production seized in September 1980.

I’ve driven hundreds of cars and have grown to love other brands but the big Mercedes sedan has always been special to me. No more so than the memory-laden red example sleeping in our garage and ready for another 40 years of luxurious, comfortable travel. Happy birthday, S-Class!