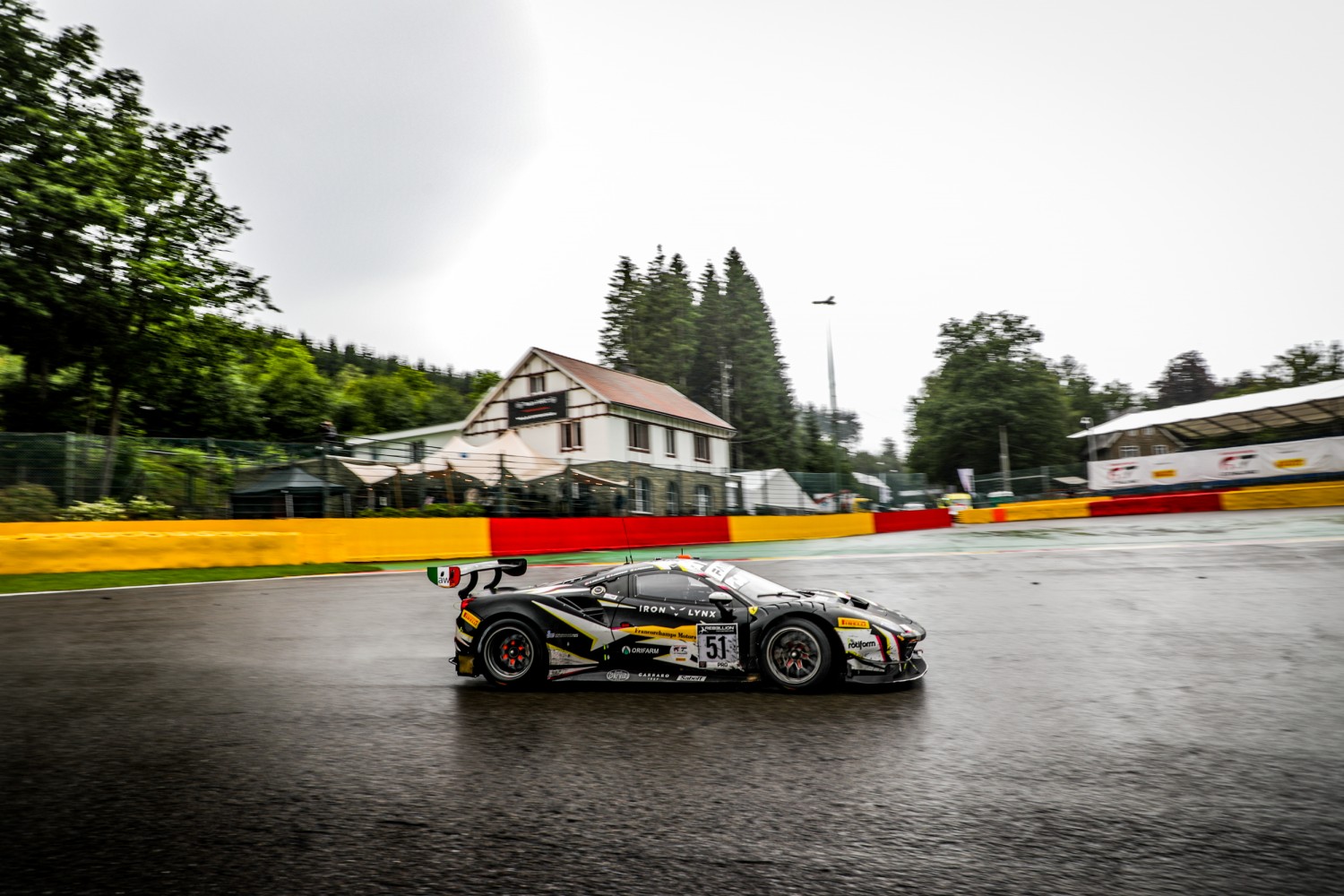 The 2021 Intercontinental GT challenge kicked off in style at the Spa-Francorchamps circuit in Belgium. The series is set to take to Indianapolis, before it ends at Kyalami on 2 – 4 December; and as we know by now, this promises to be a stellar 9-hour race.

The #88 AKKA Mercedes AMG of Raffaele Marciello, Dani Juncadella and Jules Gounon took SuperPole on Friday and started the race at 16:30 on Saturday alongside the Orange 1 FFF Lamborghini Huracan of Mirko Bortolotti, Marco Mapelli and Andrea Caldarelli, but it was the #51 Iron Lynx Ferrari of Alessandro Pier Guidi, Come Ledogar and Nicklas Nielsen, who held of the fighting #32 WRT Audi of Dries Vanthoor, Kelvin van Der Linde and Charles Weerts to secure victory.

While the first half of the race saw much action as the #34 and #35 BMW M6’s retired, as well as a disastrous crash for the Lamborghini of Jack Aitken, which also involved three other cars, including the Porsche of Kevin Estre, the #88 Ferrari took the lead of the race during the dark night hours. This, even after serving a penalty. The early morning of the race also saw the retirement of the initial pole sitters as Mercedes-AMG lost its hopes of victory due to a broken left-rear damper.

With just more than seven hours left of the race, the WRT Audi had crept its way back to the front, albeit some 40 seconds adrift from the Ferrari. The margin decreased steadily and within the last four hours of the race, the leading pair were inseparable.

During the last driver change of the race, in which Pier Guidi climbed into the Ferrari and Vanthoor took over from van der Linde. The Ferrari emerged in the lead and held a 20 second lead upon returning to the pits for a final time to take on slick Pirelli tyres.

The WRT team stopped one lap later, with wet weather tyres being fitted to the Audi. As it began to rain shortly thereafter, the latter took over the race lead from the Ferrari. This prompted the now second-placed team to also pit for wets and was quickly back on the charge to reign in the leading Audi.

With the Ferrari being much quicker in the wet, the #51 quickly caught up with the Audi. With only 10 minutes left on the clock, Pier Guidi went around the outside of Vanthoor at Blanchimont in pouring rain to retake the race lead.

This meant that the Iron Lynx team managed to win the first 24 Hours of Spa race for Ferrari since 2004 and thus also became the first non-German manufacturer to do so in the GT3 era.

Behind the top two, the #95 Garage 59 Aston Martin of Nicki Thiim, Marco Sorensen and Ross Gunn too the final podium step to record Aston Martin’s first podium since 2008.

The #37 WRT Audi of Nico Mueller, Robin Frijns and Dennis Lind finished in fourth, while the #47 KCMG Porsche of Maxime Martin, Nick Tandy and Laurens Vanthoor rounded out the top five.

The 2021 edition will be remembered as a classic as it produced intense rain and incredible battles even until the dying moments of the race.

If you are new to the Intercontinental GT Challenge, be prepared to experience similar racing in Indianapolis on 15-17 October as well as the season finale on Kyalami in December.