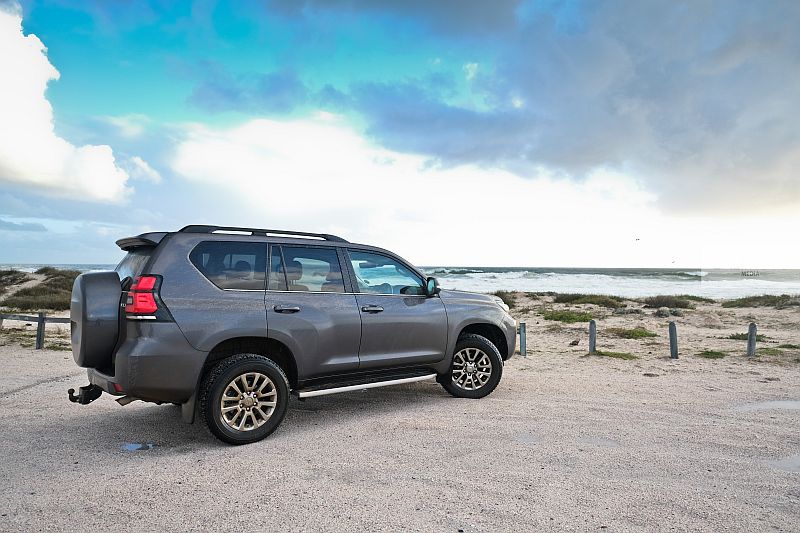 Toyota plays it safe with its new Prado

As of 2021, we are currently in a severe pandemic; and no, I am not referring to the COVID-19 pandemic which resulted in a huge economic shift. Rather, I am referring to the surge in demand for Sport Utility vehicles (SUV’s). Everyone wants to sit higher, feel safer and has the urge to take on the beaten track.

Personally, I have a big problem with this as SUV’s are getting smaller and smaller, while the wheel sizes grow bigger and bigger, resulting in lower profile tires. I know I might be sounding like a Boomer, but is this not defeating the purpose of an SUV?

While technological advancements (both inside and out) have to be commended, any SUV with lower profile tires and a slightly higher ride hight will result in an immediate physio and dental appointment directly thereafter.

By focusing a bit more on the “S” in SUV, the tyre profile becomes even lower, the suspension stiffer and the body roll more nauseating. Taking it on the gravel roads or “sinkplaat” as it is called in Afrikaans, the mechanical wear (both on the car and the inhabitants) becomes even more threatening.

Lastly, similar to the global shortage of new electronic chips, hampering the release dates of new models, the planet also seems to have a severe shortage of silver or grey wheels. Rather, customers are forced to purchase new models (especially SUV’s) with gloss black wheel sets. Hopefully this shortage ends soon as any proper 4×4 driver will know that wheels tend to scratch very easily both in the bush and the city.

Scratch any black wheel and it will immediately be noticeable.

Toyota remained sensible with its new Land Cruiser Prado, as apposed to the former issues. It might not look as futuristic as the new Land Rover Defender, and might have a seemingly outdated interior (with only one USB port), yet proves to be an excellent long-haul partner both on- and off road.

It also stayed away from the black wheel pandemic, which is nice.

The first cold front of 2021 to welcome the winter season to the Western Coast of Southern-Africa brought with it an absolute deluge. This saw me impulsively sneak out of the office to take the Prado for some swimming lessons on the nearby muddy roads.

Without any difficulty, the top-spec 2.8 litre diesel, with its 150kW (between 3000 and 3400 rpm) and 500Nm (between 1600 – 2800 rpm) performed effortlessly, thanks to its four-wheel drive, six-speed automatic gearbox, 220mm ground clearance, and a Kinetic hydraulic Suspension System (KDSS). All these factors helped to make the ride very comfortable, even on the hardest terrain.

It also offers you up to seven seats (three rows) and enormous amounts of space: 974 litres with five seats up, 104 litres with all the seats up. In all three rows, adults can sit with comfort with adequate legroom. The second row can also be moved forward for additional legroom in the rear. All three rows have their own air vents, while a fridge between the two front seats can keep your drinks cool.

The 2.8 Prado can also tow 3 tons, meaning that this car is a delight for any long-haul excursion. Bring in the fact that the Prado only consumes around 10 litres per 100km (9 on the open road) and has a fuel tank of 150 litres, the Prado can certainly take on a 1100km trip.

Although the Prado has the latest multimedia system with Apple CarPlay and Android Auto and well as Bluetooth, the fact that this large SUV only has one USB, next to the driver seat, might make it somewhat outdated, compared to other new 7-seater rivals.

Outside the Prado VX-L is fitted with Automatic High Beams with LED headlamps as well as a sunroof.

The new Prado might feel big in comparison to the ironically larger Land Rover Defender and might also be quite far behind in terms of interior technological advancements, but the fact remains that the Prado is a trusted product at a reasonable price of R1 127 900. The 2.8 litre engine also proves to be just as powerful as the older V6 and presents a more economical appeal.

Toyota stayed away from the glamour and hype behind the development of new SUV’s and rather kept a sensible and realistic approach towards the development of the new Prado. With more technological innovation in the interior for the next iteration, the Prado might just again prove to be the best choice for the long duration.