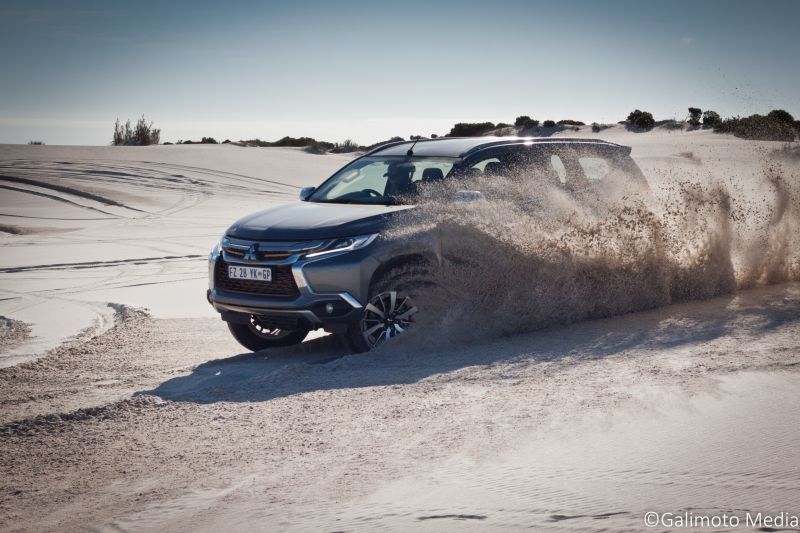 Mitsubishi invited us to play in the dunes with their new Pajero Sport. How could we say no?

100 years since the very first Mitsubishi (the Model A) was manufactured, the Japanese brand now celebrates a very successful century.

Mitsubishi produced the first all-wheel-drive car in Japan, won the first International race that they entered (1962 Macau Grand Prix), became the first mass producer of an electric car, became the most successful manufacturer in Dakar rally history (with 12 wins) and won many other International Rally titles.

They were first with Active Electronically Controlled Suspension, manufactured the very first electronically-controlled Traction control system; and won numerous ‘car of the year’ and ‘greenest vehicle of the year’ trophies.

These are just some of the countless victories that the brand has celebrated. Today, the brand continues to set new benchmarks in the world of electronic mobility and all-wheel-drive systems. We certainly realised this at the recent launch of the all-new Pajero Sport, where the Mitsubishi team placed more focus on showcasing their new product, rather than giving a lengthy presentation. 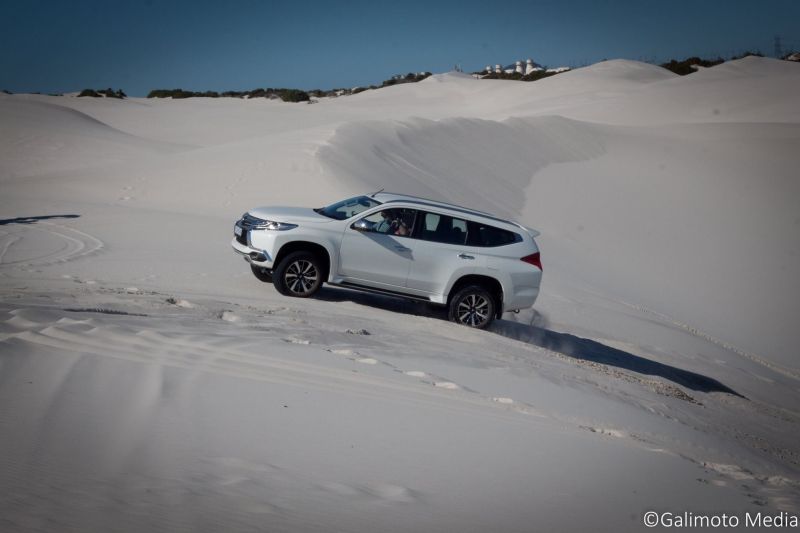 Taking the media on a good mixture of tar and off-road routes, the Pajero Sport was tested on everything from the gravel roads of Capaia Wines to the white sand dunes of Atlantis (a 4×4 playground which you’ll find just outside Melkbosstrand, near Cape Town).

At first glance, the updated Pajero Sport has a new and interesting design on the exterior as well as its interior. It features an eight-speed automatic gearbox and a 2.4-liter Turbo-Diesel engine which produces 133kW and 420Nm. 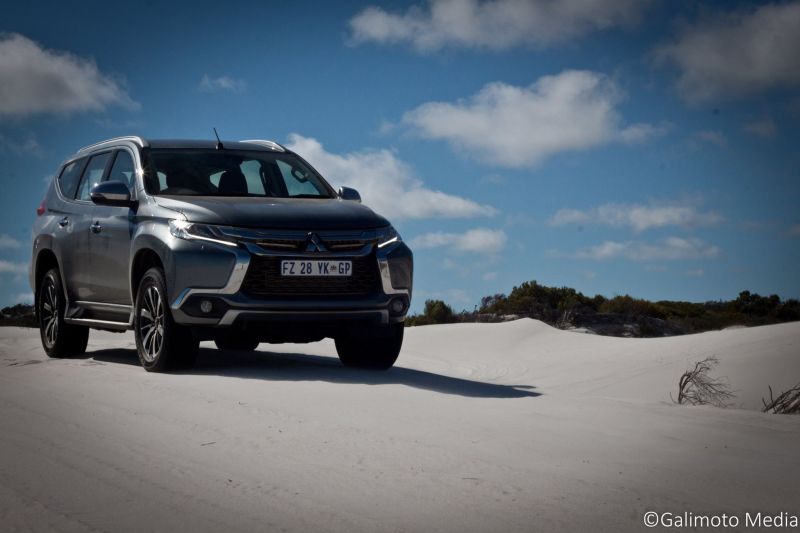 Although this might be less than the competition (with, say, 3.2 liters), the new Pajero Sport is on par with the other 2.4 litre competitors on the market.

The modern Sport produces maximum torque at around 2,500rpm which definitely had its benefits out there in the dunes, but we will get to this later. 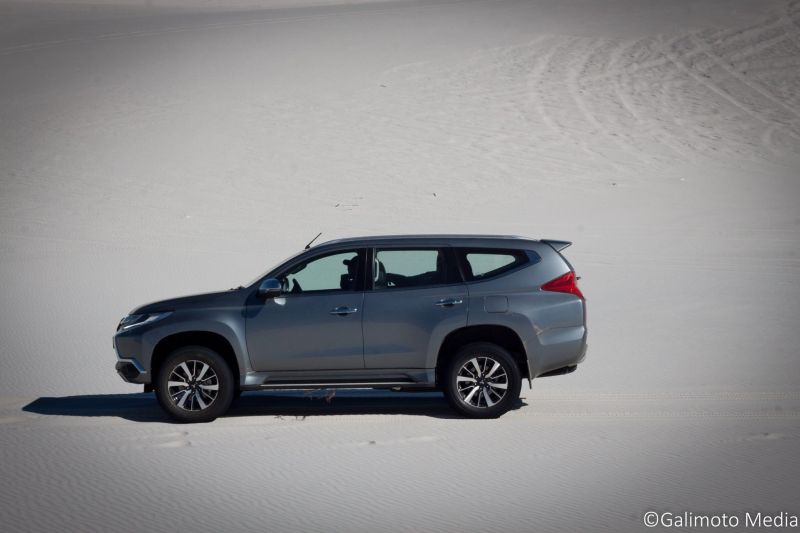 The Sport also features a much more comfortable and luxurious interior with a new “flappy-paddle” gear selector system, air-con vents right across the interior; and three rows of seats.

Experience from other SUV’s has shown that the third row of seats might be ineffective for children above the age of 4 years yet, with the Sport, the 3rd row has adequate space for two medium-sized adults. 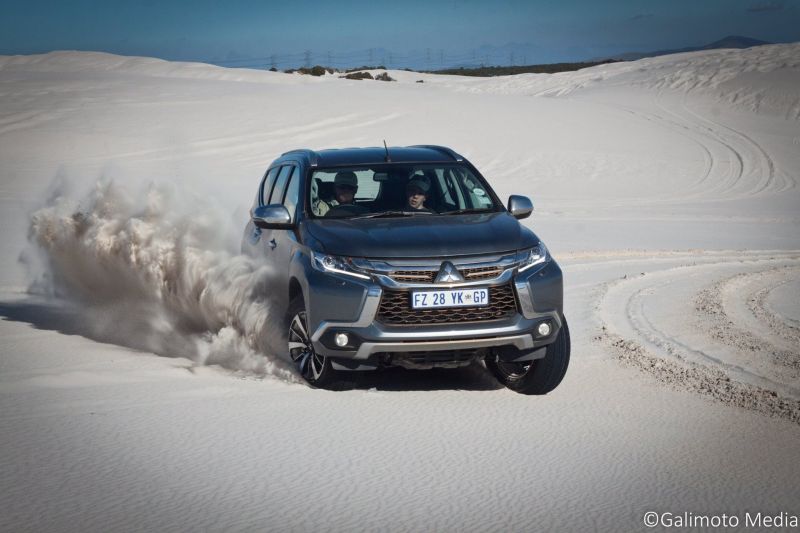 That said, both the third and second rows can fold down completely flat and expand the luggage space from 193 liters to 813 liters (third row folded up).

Although initially getting a bit of criticism from some users on the day, the infotainment system offers Bluetooth, USB, Radio, as well as a reverse camera. 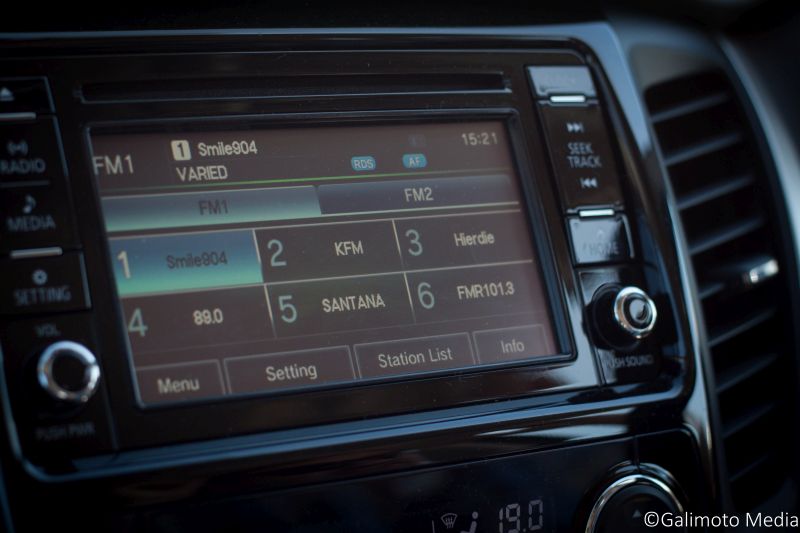 It may lag behind in modern standards, but still does the job at hand.

All-in-all, the Pajero Sport’s new interior has undergone some considerable quality refinements and I certainly felt that it was extremely comfortable and more SUV-like. 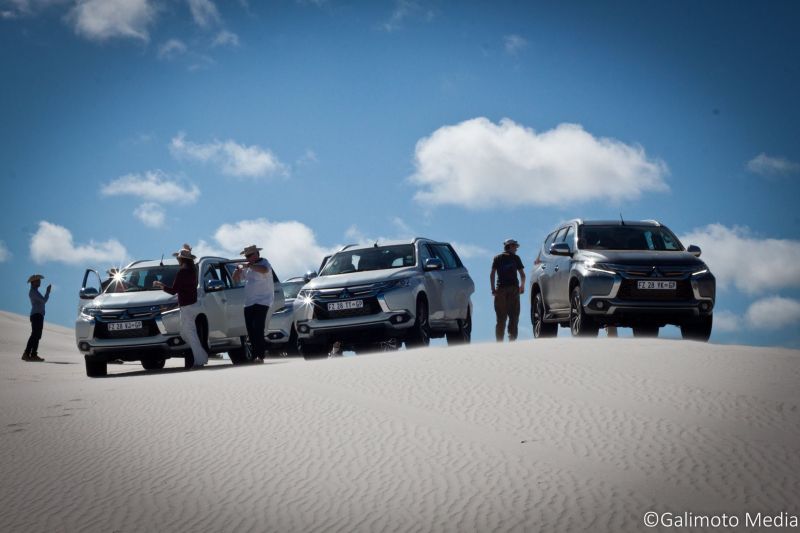 Mitsubishi has always been renowned for their 5-star safety ratings, but let’s not dwell on this right now.

Getting a full deck of gold stars for crash test safety is vital but it was also evident that the Mitsubishi engineers focused tremendously on the off-road capability, fuel usage (8.1 liters per 100km) and general quietness of the new Sport. 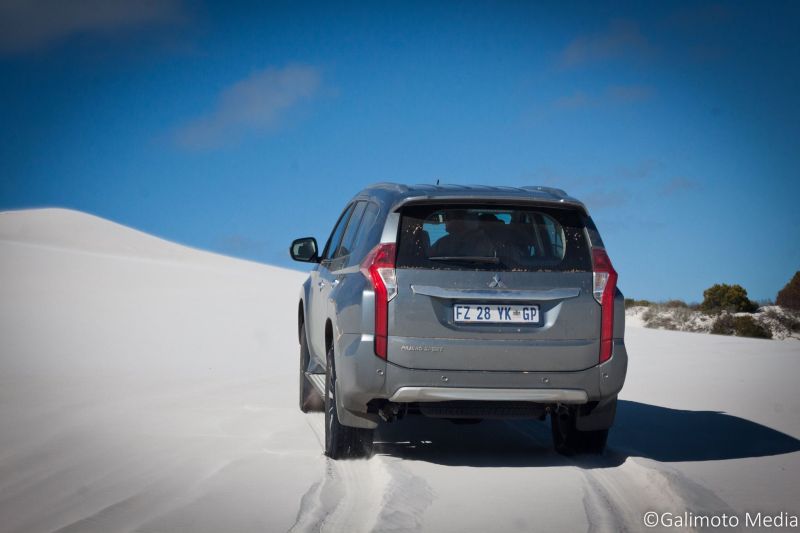 The 4×4 model we tested in the white dunes has the new (standard) Super select 4-II 4WD system. This basically means that the Sport has numerous electronic aids such as Hill Descent Control and Off-Road Mode controls. 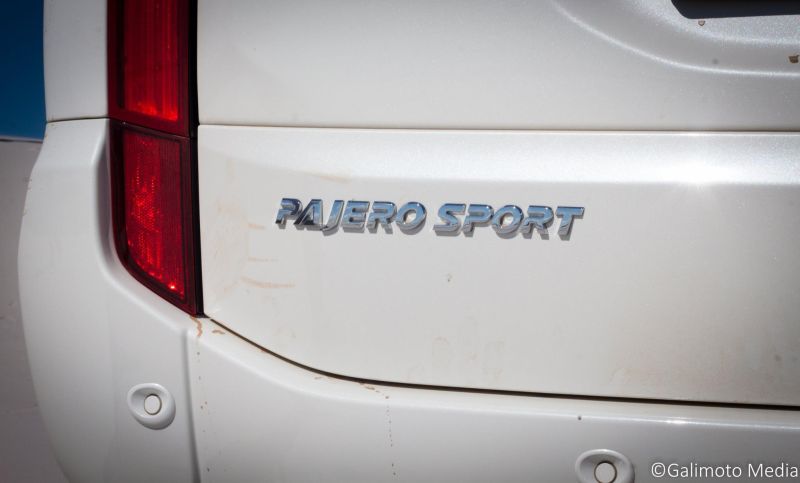 Both these modes stunned the media as it helped the sports utility vehicles move through the loose warm sand of the Atlantis dunes.

A driver-selectable response system lets its pilot choose between Gravel, Mud/Snow, Sand and Rock; this definitely helped to adapt the engine, suspension and traction to the different surfaces. 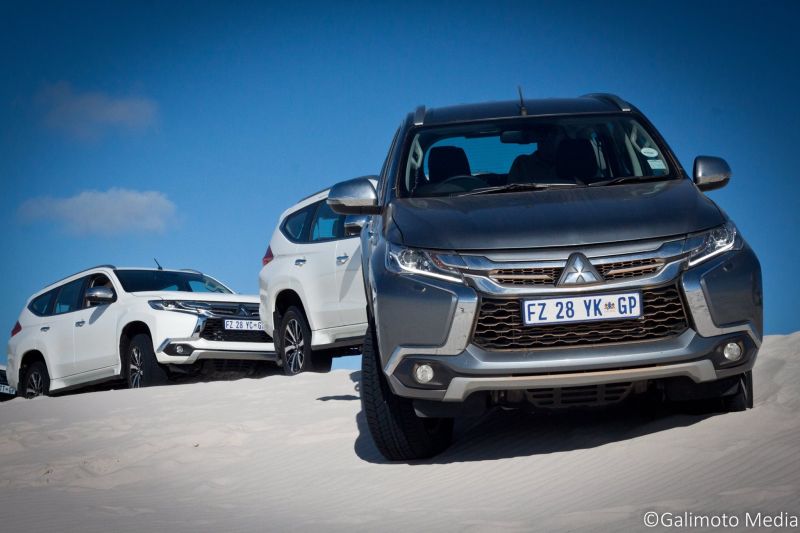 During two fun-filled hours in the dunes, Mitsubishi had faith that their machinery would tackle all the obstacles without the need of a shovel. Their faith did not betray them… only one vehicle had to retry an obstacle due to lack of speed (by the driver). 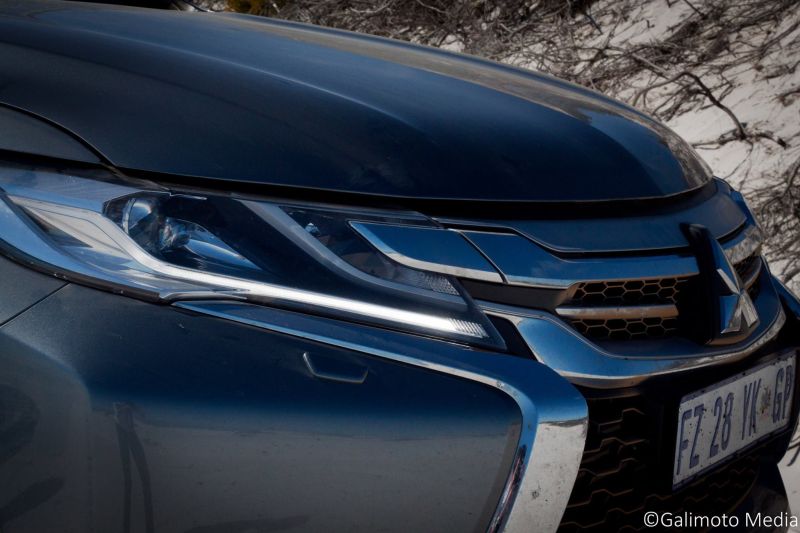 Our initial encounter with the 2017 Pajero Sport may have been rather short-lived but provided all the information we needed.

Yes, the infotainment system is somewhat outdated, but other than this, we struggled to find anything worthy of criticism. 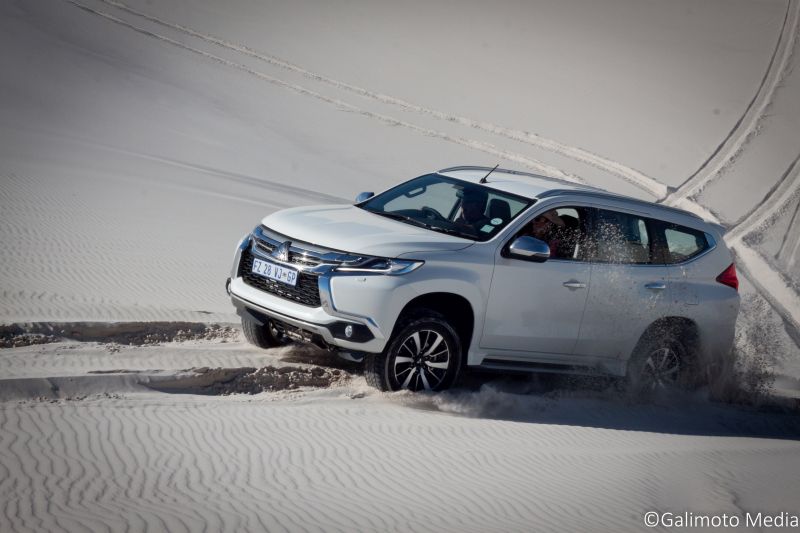 The new Pajero Sport ticks all the boxes in terms of space, practicality, fuel efficiency, practicality, road comfort, price; and above all, off-road capability. 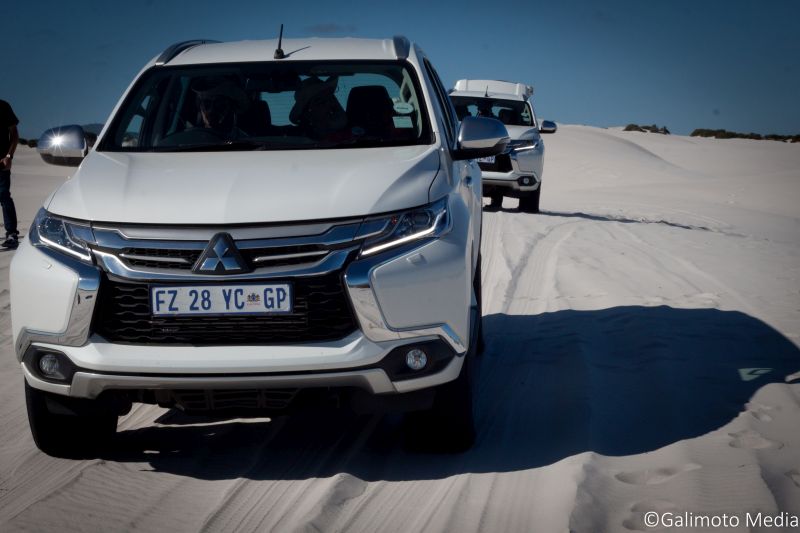 The family SUV market is currently enjoying very high demand in Southern Africa and the rivalry is fierce. It is my belief that Mitsubishi might just have managed to set a new all-round bar. One that will be rough to compete with. 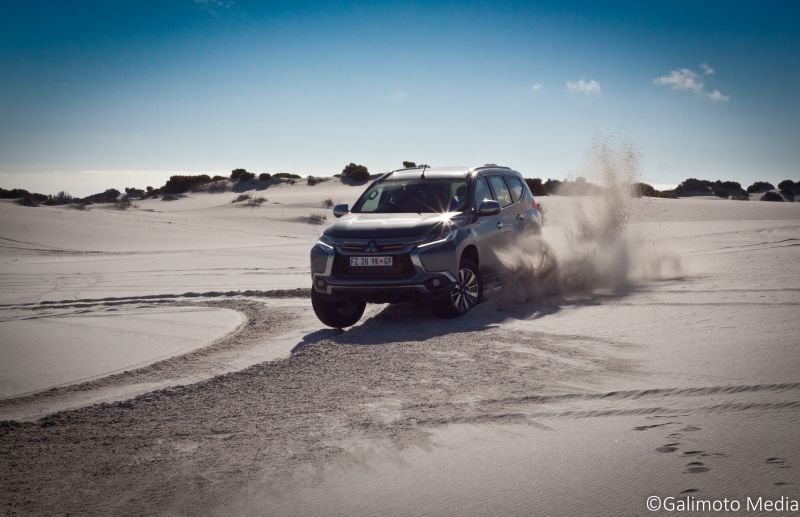