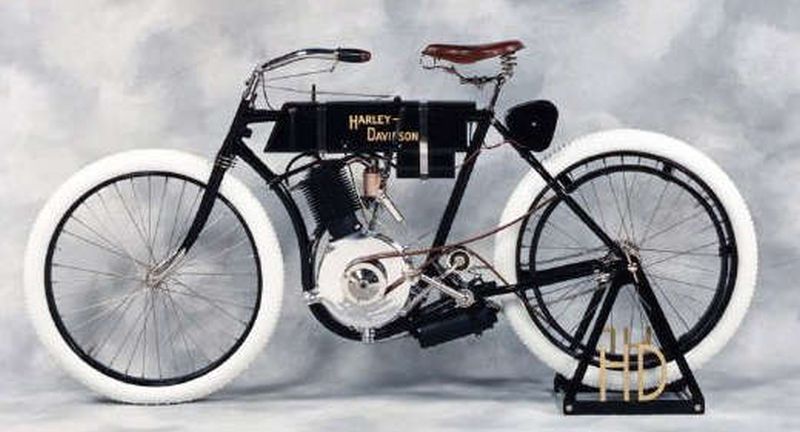 1910: The “Bar & Shield” logo is used for the first time. It is trademarked one year later.

1922: The V-twin engine is introduced. Dealers are found in 67 countries.

1925: Gas tanks get the teardrop shape. This sets the trend for all bikes.

1935: An art-deco “eagle” design is first used, the beginning of graphics on Harleys.

1953: Harley-Davidson has its 50th anniversary and becomes the sole U.S. ‘bike maker.

1966: The “Shovelhead” engines is introduced on Electra-Glides, replacing the Panhead.

1977: The FXS Low Rider® and the Cafe Racer are released.

1987: Harley-Davidson is listed on the New York Stock Exchange.

2004: FLHRSI Road King® Custom is introduced. It brings a beach look to a classic Harley.

2010: The XL Forty-Eight and rider customizable H-D1™ are introduced.

2016: The first Namibian branch of Harley-Davidson opens in Windhoek.

This was a sponsored feature in NamWheels, images source Harley-Davidson Intl.