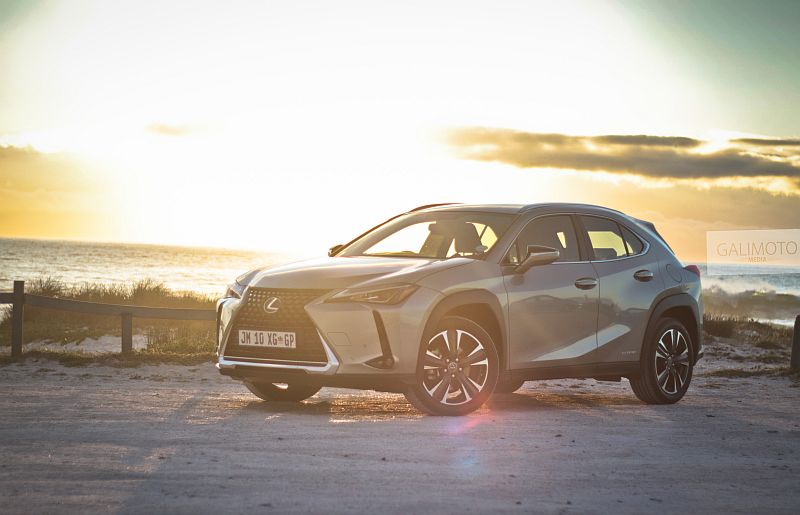 The what? Yeah, Lexus is rolling with that whole two-letter system which means they only have to worry about it after 600-or-so different models. The U-X, which no doubt stands for Urban Crossover, is their compact city SUV offering with a mild hybrid drive train: 135kW 2L petrol motor plus 80kW electric helper.

It shares a basis with the equally compact and fashionable Toyota CH-R.

More info: The Uxy does not have plug-in charging capabilities; it uses engine or deceleration / braking force for energy recuperation. And although its “EV mode” allows you to drive solely on battery electric power, the speed and range are truly negligible in the real world. I’m talking a few hundred meters at a time.

We won’t go into the looks too much because they’re subjective. I really liked the UFO shapes and bizarre creases of this bronzy press car but other observers disagreed. “To busy” was one design critique while “messy” was another. I’d agree with that for this car’s curious interior although I have to add that it felt interesting and premium.

Why you shouldn’t: The price. Holy load-shedding, this thing costs a staggering 780,000 bucks! On the upside, there is a cheaper version at around 700k and Lexus is extremely generous with the specifications of their models. Read: no costly optional extras. But in terms of metal-for-your-money, this luxurious Jap is hard to justify.

Other gripes we collectively noted were a comparably small (and shallow) boot of just 265L, although that’s par for the course with hybrids. The fuel tank is also “meh” at 43L but Lexus claims average petrol use of 4.5L/100km. Drive it like a student and it certainly won’t. Crawl around like a granny and it probably will.

Why you should: Besides being a Lexus fan, perhaps you want to splash out on bizarre luxury and exclusivity? The only justifiable use for a UX250h would be gentle urban use in relatively flat scenery. You also get a decent 7-year 105,000km warranty on the car with eight years or 195,000km on the hybrid battery.