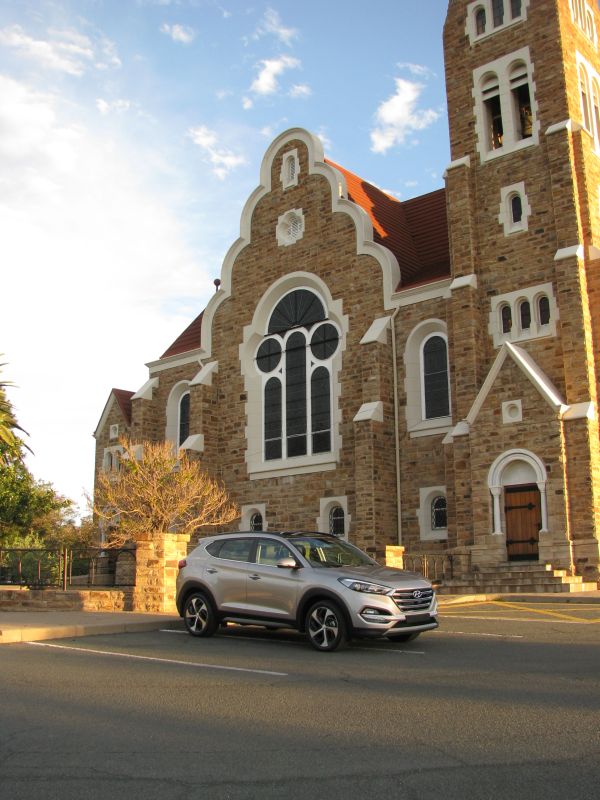 What you need to know: Hyundai’s popular compact SUV started as the Tucson, became the ix35 and then reverted back to Tucson for this third generation. With ever-improving design, quality, specifications and warranties, it’s no wonder that this range of Korean soft-roaders has become a roaring success.

Some more facts: The engine line-up consisted of a 2L petrol and a more modern 1.6L turbo-petrol and has now been supplemented by this brand-new 1.7-litre turbo-diesel. At the moment (early 2017) it’s only available with front-wheel drive and a six-speed manual gearbox in Executive spec for around 450,000 dollars.

Where we went: A lot of places, actually… we subjected ours to the usual mix of highways, city exploration plus a sprinkling of dirt roads. No problem. It’s also got a comfy ride, very light and obedient controls, most modern driver aids (ABS, EBD, T/C, etc.) decent space for five adults and a generous boot (488 to 1,478L).

Our test car had the optional (15,000 bucks) media/nav touch-screen unit which we highly recommend. The nav got one street name wrong but otherwise performed flawlessly. Media and phone options worked well but the pre-set audio equalisers were either flat or speaker-murderers. The user-defined option is best.

Watch out for: The engine’s outright power isn’t that impressive (85kW) but up to 280Nm of torque mean acceleration is sufficient. We clocked 0-100 in 11.69 seconds at sea level and only got frustrated during high-speed overtaking moves. Power delivery is silky smooth, almost petrol-like, from as little as 1,250rpm until about 4,000rpm.

The gear-change suggestions are rubbish and twice we saw a brief flicker for the non-existent 7th gear. Tsk, tsk, tsk. On the upside, Hyundai claims average Diesel consumption of 6.8L/100km from the 62L tank and we easily beat that on a sedate and steady cruise. Our overall average for the week was only 7.8L/100km.

Why you’ll want one: Modern style and Hyundai value with a fat warranty and service plan. If you’re not in a haring hurry, this new 1.7-litre turbo-diesel is an absolute peach. It’s super-smooth, quite torquey and can stretch a tank of 50ppm very nicely. Everyone at NamWheels loved it. When’s the Automatic coming?