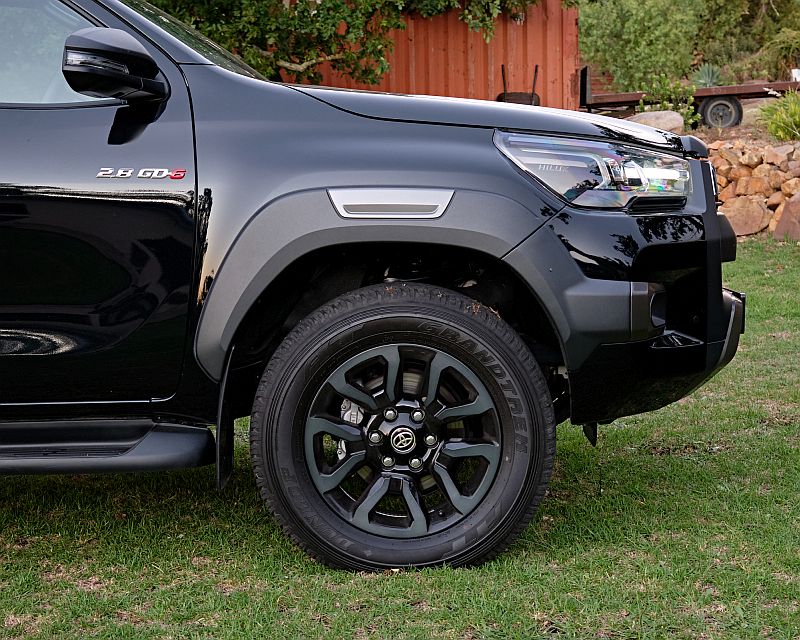 I’ve typed it before and I’ll type it again: the Toyota Hilux doesn’t actually need reviewing. Surely its fans are already convinced of its “awsumness” and need no further encouragement?

You should know: The obvious reason why Toyota’s press fleet gave us this pitch-black double-cab is that new engine. The 2.8 GD6 nomicker has been around for a while but it was fast losing ground to established (and some upstart) rivals in terms of power and torque figures. All is well again because Hilux can now brag with 204 horsepower.

More info: Hand-on-heart, I personally didn’t feel a huge spike in vooma when compared to previous 2.8 iterations but I will concede that the motor is fairly responsive and offers a wonderfully wide torque band for this 6-speed automatic gearbox to work with. Except at very high speeds, there’s always enough grunt on tap.

What else? Toyota claims average fuel consumption of 8L/100km and we’ll have to take their word for it. Our mixed driving routines include a lot of town driving so we often saw 10 on the Hilux’ colourful trip computer. Ride and handling are the usual compromise between hardy rear leaf springs and spongy front shocks; with a hint of refinement.

0-100km/h performance is better than before, on par for modern bakkies, yet still not class-leading. Our single emergency brake test from 100km/h took 3.1 seconds and 44.56m. Again, those are ballpark figures, but we have to point out that the previous Hilux undercut them by a huge margin. Different tyres, we suspect.

Why you shouldn’t: I can’t criticise the Hilux for any of its bakkie shortcomings – like the split personality suspension, garish exterior design, unnecessary badging or firm rear bench – because it applies to all its rivals, too. Personally, I found that the infotainment system looks a bit dated (or simple) but its operation is commendable.