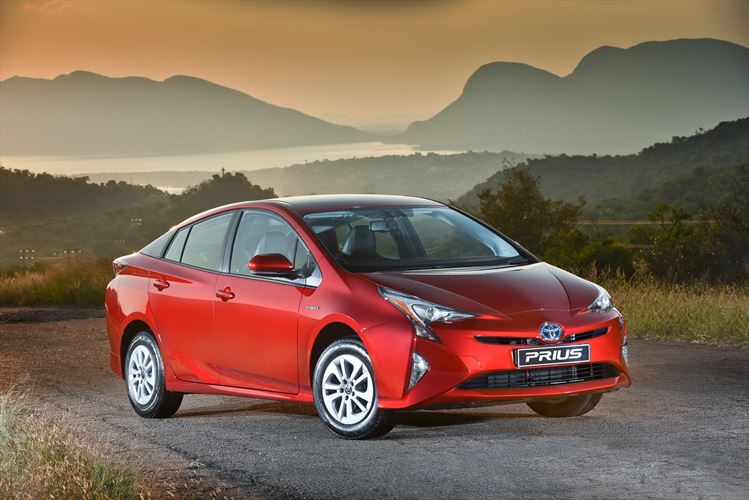 What you need to know: The Toyota Prius was the first petrol-electric hybrid vehicle to go into mass production around 1997 and its maker sold about nine million hybrids since (including Lexus). 2,900 of those were in bakkie-mad, long-distance southern Africa. Exact Namibian sales numbers unknown…

The car you’re looking at now is the fourth generation Prius, still using the concept of efficient petrol engine with electric helper. Years of experience have helped the hybrid pioneer to improve this car even further with more advanced batteries, resulting in less weight, lower costs and a more compact design.

Some more facts: Except for a strange gear lever and parking brake, the Prius drives like any normal car. It’s got one of those one-gear-fits-all CVT automatic gearboxes because it’s perfectly adapted to handle both power sources simultaneously. Every driver agreed, you can’t feel the transition (or combination) of power sources occur.

The Prius is not good looking. There, I typed it. Most of its ungainly form and strange panels are due to aerodynamic tweaks – this shape offers the least wind resistance at low to moderate speeds. Speed freaks, keep moving, the Prius does 0-100km/h in 10.6 seconds and tops out at 180km/h.

Where we drove: A bit of highway, a lot of city streets and some dirt roads. First thing to strike us was the Prius’ amazingly comfortable ride; it soaks up a lot of nasty surfaces. Next was the fuel consumption which hovered above 5L/100km in town and dipped towards 4.5 on the open road. Toyota claims 3.7.

Like other electricity munchers, the Prius recharges its batteries through braking, deceleration or petrol engine input and rewards frugal driving with funky graphics. Thanks to its strange silhouette, there’s plenty of room for people and luggage (502L boot). It’s also packed with safety and infotainment goodies.

Watch out for: The recoiling looks of your neighbours and snide remarks from your friends. The price of N$455,300 is a bit eina but you do get exclusivity and world-class average CO2 outputs of 87g/km. Sorry for you, mister tax man. If you’re worried about the battery, it has an 8-year / 195,000km warranty.

Why you’ll want one: To sneak around silently in “EV” mode. Jokes aside though, the Prius needs fervent individualists, trend setters and free thinkers who don’t care about recoiling this or snide that. What we can confidently tell any interested peeps is that under that odd jacket, there’s a pretty impressive hybrid car.