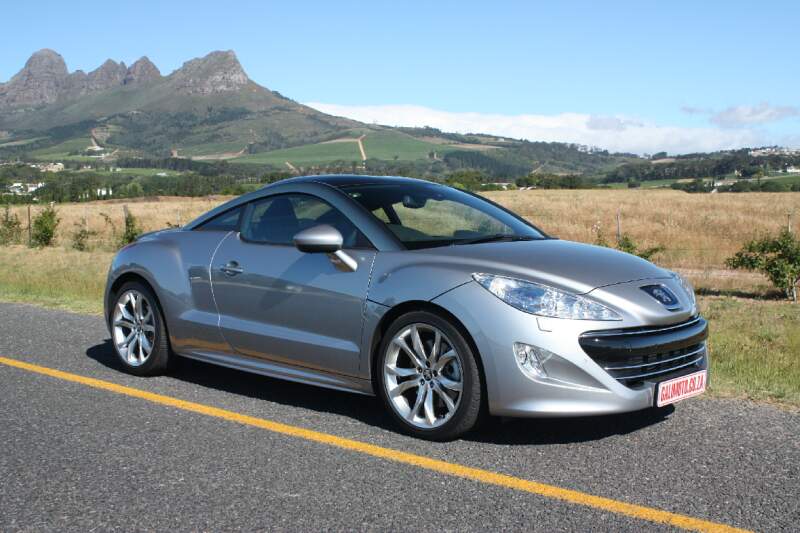 I love coupés. So much so that I recently bought one, although it’s not the one on this page. The pay-off for only having two huge parking-unfriendly doors and barely usable rear seats is that a coupé looks infinitely more attractive than any four-door sedan.

A few manufacturers build four-door coupés but I regard this as trickery; the only real four-door coupé I can think of is the Mazda RX-8. A proper 2-door cruiser should always favour the front passengers when it comes to space and comfort.

The Peugeot RCZ meticulously follows this formula with its cramped rear quarters that have spawned the newcomer’s most interesting feature: the double bubble. In order to raise rear passenger head-room, the RCZ has two amazingly beautiful curves in its roof and rear windscreen.

The RCZ is one of those cars that look even better in the flesh, the only criticisms that its crisp, flowing, modern design had to endure was that the front looks too much like mere mortal Peugeots and from certain angles it could be mistaken for an Audi TT.

I disagree with the latter statement but can appreciate where the critics are coming from; especially the rear three-quarter look has a whiff of tee-tee about it. Before I get to its interior, I think we should quickly reveal the South African line-up of Peugeot RCZ’s.

Prices are N$362 104 for the 115kW automatic and N$376 335 for the 147kW manual, cleaving your choice right down the middle; a mild and lazy self-shifter for extra posing value, or a lively and involving stick-shift that puts a fat smile on your dial.

Performance figures for the manual car are 0-100km/h in 7.5 seconds and a top speed of 237km/h. Its average fuel consumption claim of 6.9L/100km from a 55L tank is 3L below our average and while it’s probably attainable with careful cruising, it seems like an utter waste of RCZ.

The Peugeot can be a quiet and reasonably comfy cruiser but prefers to be handled by the scruff of its neck. The 159g CO2/km twin-scroll turbo-charged one-point-six pushes out identical power (and noises) as the previous generation two-litre Golf GTi.

Its gear-change is wonderfully short and crisp, steering and aluminium pedals are well-weighted with great response from all. With 235/40/19 rubber set far on all corners, the incredibly precise road-holding will only hand over to a mind-boggling army of electronic safety nets when your speed or stupidity breaches accepted levels.

Rushing to your assistance in case of an emergency are six airbags, ABS brakes with emergency assistance and electronic force distribution, a comprehensive electronic stability program and a pedestrian-friendly pop-up bonnet.

High-speed and braking stability is further aided by a two-stage retractable boot spoiler which you may also operate from inside the cockpit. I often entertained fellow road users with this device and even tried to “wave” it at two pretty girls behind me, but they seemed unimpressed.

RCZ’s interior should be familiar territory to contemporary Peugeot owners but is livened up by acres of soft leather with impeccable stitching, a sporty RCZ steering wheel, white-on-black instruments with trendy lettering and a red LCD multi-function display.

Its twin sits atop the sloping dashboard to inform you of audio and other functions, followed by chrome-ringed ventilation outlets and a tremendously funky clock. Below that sits the usual Peugeot radio/CD/USB setup and the easily comprehended dual climate control, all housed in a piano-black panel with two storage cavities.

Any Peugeot RCZ is sold with a three-year 100 000km warranty and a five-year 100 000km maintenance plan, something which should ease any scepticism when it comes to Peugeot South Africa’s after-sales reputation.

The RCZ looks, goes and sounds much better than you’d expect, is slightly impractical and offers no real value for money; in other words, a perfect coupé.